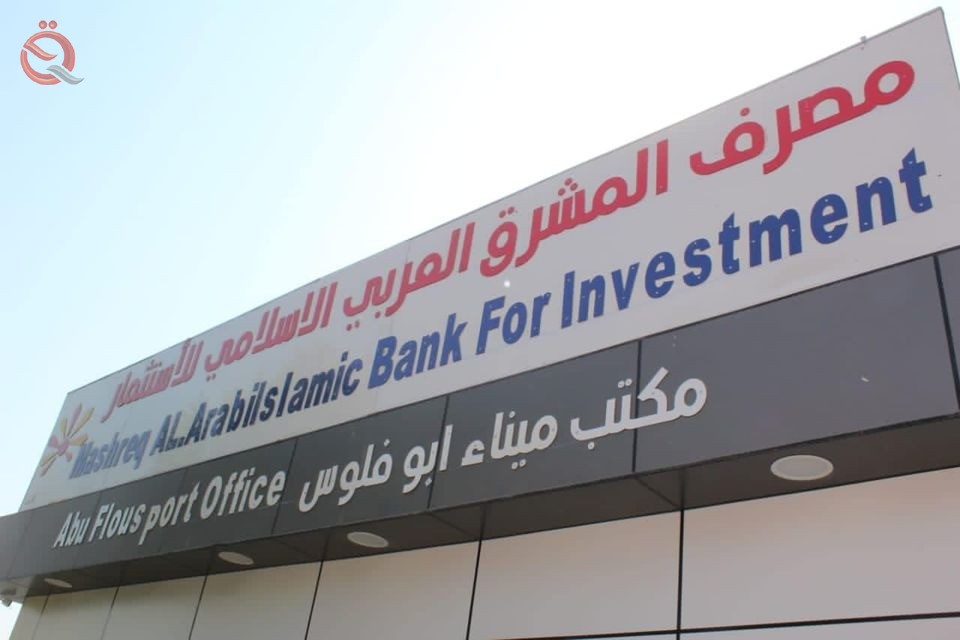 The State Company for Iraq Ports announced, on Tuesday, the opening of a branch of the Arab Islamic Mashreq Bank in Abu Flus Commercial Port.

The general manager of the company, Farhan Al-Fartousi, said in a statement received by "Al-Iqtisad News", that "the company has opened a branch of the Arab Islamic Mashreq Bank to provide banking services inside Abu Flus port, as directed by the Minister of Transport, Captain Nasser Al-Shibli."

He added, "The current policy of the company is to facilitate the work of the supporting and supportive bodies for the work of the ports by providing all what these companies need."

Al-Fartousi added that "a contract has been made with the bank's management to open the branch at the port, and all procedures have been facilitated for them by the management of the company and the port."

The statement quoted the director of Abu Flous Commercial Port, Iyad Kadhim Manati, as saying: "This branch will save time and effort for public companies in the port and for the port administration, since the Arab Islamic Mashreq Bank is subject to the controls and instructions of the Central Bank of Iraq."

Similar topics
» Opening a branch of Al-Rafidain Bank at the Arar port
» World Bank confirms its support for Iraq to promote economic reality
» HE DR. ABDULRAHMAN BIN ABDULLAH AL-HUMAIDI, DIRECTOR-GENERAL OF THE ARAB MONETARY FUND, ADDRESSES THE OPENING OF "THE FIRST ARAB FORUM FOR MODERN FINANCIAL TECHNOLOGIES"
» The tale of a mysterious mound of Iraqi cash seized at the border, and the oddball cast that’s fighting for it
» Saleh calls for Arab economic integration based on an integrated banking system