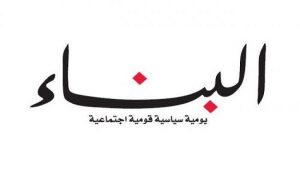 Prime Minister Mustafa Al-Kazemi confirmed yesterday that investment opportunities are available to Saudi companies , while indicating that the government is endeavoring to overcome all obstacles facing them .

The Office of Kazemi in a statement that the President of the Council of Ministers Mustafa Kazemi received, on Sunday, members of the Council Coordinating Iraqi Saudi Arabia, which holds its meetings in the capital Baghdad, to discuss plans for executive agreements and memoranda of understanding signed between the two countries.

He stressed Kazmi the importance of holding such meetings, which is conducive to the development of relations bilateral between Baghdad and Riyadh, and enhance the prospects of cooperation common in various fields, and in achieving the interests of the peoples of the two countries .

He pointed out that investment opportunities are available to Saudi companies , indicating that the government seeks to overcome all obstacles to companies that want to invest in Iraq.

He said the importance of activating some of the projects shared between the two countries within the framework of the University of Arab, as well as for the development of work in the market of oil .

The Minister of Oil Iraqi Ihsan Abdul - Jabbar, said during a meeting with the delegation of Saudi, said his country is keen to strengthen the relations of economic with Saudi Arabia, and pointed to the desire of the delegation Saudi Arabia to provide the support necessary .

During the meeting of the Iraqi - Saudi Supreme Committee, which took place in Baghdad yesterday morning , the Iraqi Minister of Oil affirmed : “His country's keenness to strengthen bilateral relations with the Kingdom of Saudi Arabia in all fields, including economic and investment, oil , energy, industry, agriculture, health, education, environment and others, in a way that serves interests. Shared .

The transfer of the statement from Abdul - Jabbar as saying that this meeting comes continue with the meetings of the former between the brothers, which aim from which to activate the memorandums of understanding on the land of reality, as well as for the promotion of it in projects new in the area of linking bilateral electricity industry petrochemical and investment gas and others, has We touched who The Saudi side is a real desire to cooperate and provide the necessary support .

From his part , assured the Minister of Energy of Saudi Abdul Aziz bin Salman through the circle of television , according to the statement, the keenness of the Kingdom on the development of relations and sustainability with the brothers in Iraq and working to accelerate the implementation of projects of cooperation bilaterally in all areas.

He pointed head of the delegation of Saudi Minister of Industry Bandar bin Ibrahim Fall, the importance of strengthening the relations of bilateral between the two brotherly countries.

The Saudi ministerial delegation arrived in Baghdad yesterday morning to hold a meeting of the Saudi- Iraqi committee .

In the context of an economic another, said Minister of Transport of Iraq, Nasser Al - Shibli, yesterday, that there are companies Chinese provided its services to implement the project port Faw Great in the province of Basra .

He stressed, during a press statement , that "the ministry is continuing to negotiate with the Korean company Daewoo regarding the large port of Faw .

He added that Daewoo has two decades in the port of Faw they finish in the year 2021 , and the difference with the depths and periods of time and amounts.

He said the Minister of Transport of Iraq : In the event of not being agreed with Daewoo , the there are companies provided services, from among companies Chinese .

On Thursday last announced that the Ministry of Transport of Iraq, for the decline in the company Daewoo Korean for the completion of the construction project port Faw Great.

On the ninth of October last, it announced the company Daewoo Korean South, to stop working in the project port of Faw large, in Basra , southern Iraq, after finding the body of its director hanged .

It is noteworthy that the cornerstone of the Faw Grand Port project was laid in 2010, and the Iraqi Ministry of Transport said that the Minister of Transport, Nasser Hussein Al-Shibli, announced the agreement on the final version of the Faw Port Grand Contract with the Korean company implementing the project, which is estimated to cost about $ 4.6 billion.