Parliamentary Finance renews its position on the deficit law .. What about the debts of the Paris Club and Kuwait?

Parliamentary Finance renews its position on the deficit law .. What about the debts of the Paris Club and Kuwait?

[size=30]Parliamentary Finance renews its position on the deficit law .. What about the debts of the Paris Club and Kuwait?[/size] 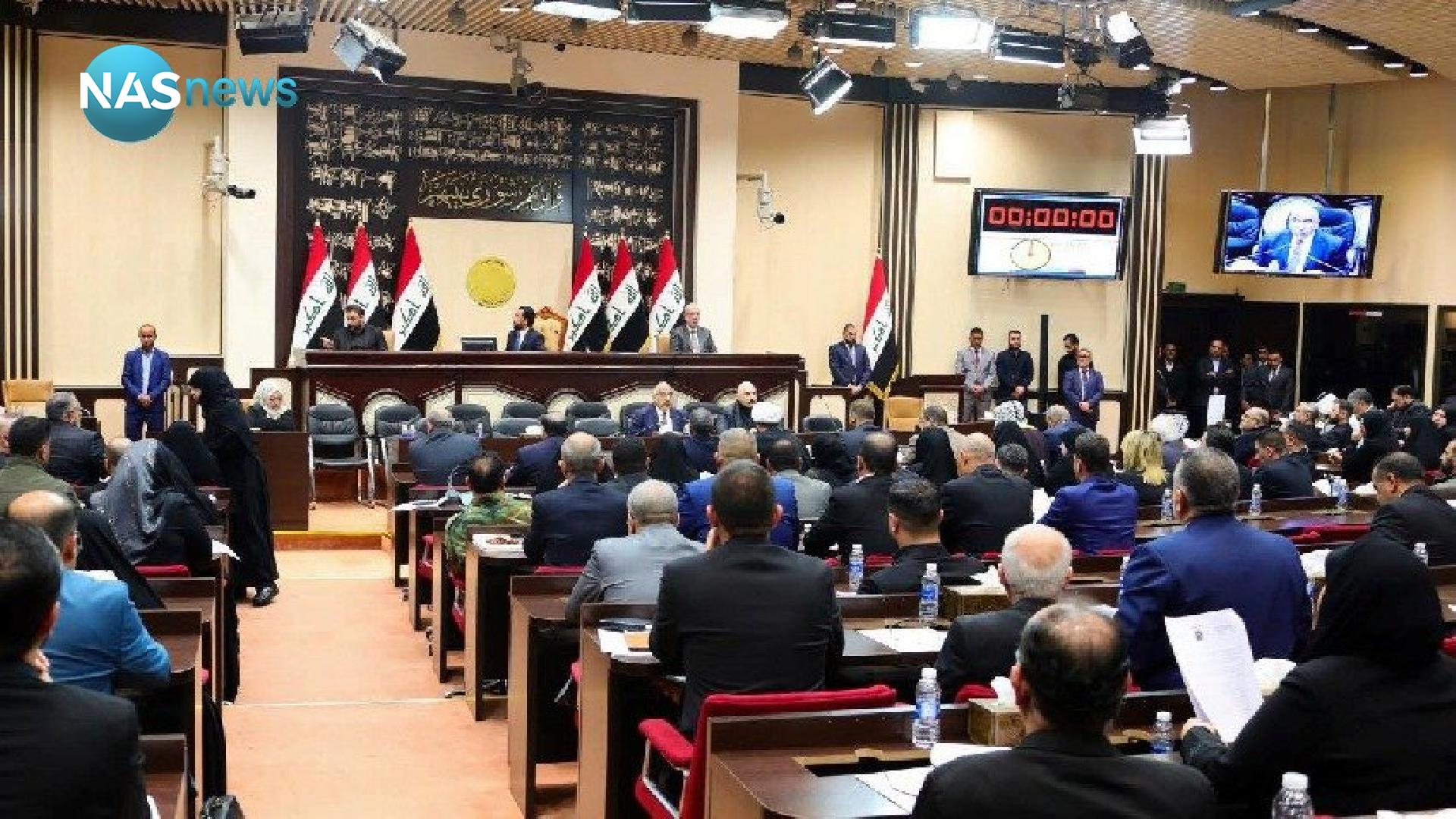 The Parliamentary Finance Committee said, on Wednesday, that "Parliament is keen to provide salaries for employees, despite objecting to the amount contained in the Deficit Financing Law, affirming at the same time that resorting to this option is not a solution to the crisis."
Committee member Adnan Al-Zorfi said in a statement to the official agency followed by "People" (November 4, 2020), that "resorting to the option of borrowing must be preceded by the payment of previous debts amounting to $ 3.5 billion for Paris Club dues, $ 1.5 billion interest on loans and 1. $ 7 billion of Kuwait’s debts before the end of this year in order to start a new fiscal year and a phase with less debts and fewer benefits so that the economy can be reformed.
He pointed out that "paying employees' salaries and working to motivate ministries to increase their revenues must be important by the government before going to the option of borrowing, which includes 41 trillion, which is exaggerated in light of the economic crisis."
He explained that "the House of Representatives is keen to ensure that the government pays the salaries of employees and may be lenient with borrowing, but the opinion of most MPs, that resorting to this option is not a treatment for the financial crisis."

And the Minister of Finance, Ali Abd al-Amir Allawi, set the date for the employees ’salaries to be paid, and while noting the absence of job grades in the next year’s budget, he revealed the size of Iraq's internal and external debts.
Allawi said, in an interview with the official agency, followed by "People" (November 1, 2020), that "the financial crisis that the country is going through is not a newborn today, and it is the result of the decline in oil prices and the consequent reduction in production that affected Iraq's revenues." In a big way, due to the reduction of Iraq's share of exports, indicating that the reduction in oil exports caused an increase in the fees for contracts and licenses companies.
He added, "Options to maximize revenues quickly and in the short term in order to bridge the deficit are almost impossible," noting that "increasing revenues from other sources through taking measures that require in the short term from 3 to 6 months, especially since the state was dependent on oil from Without paying attention to other sources for years. "
He pointed out that "the current government faced the crisis without financial liquidity, so there is no choice but to borrow internally in the short term," noting that "external borrowing, which amounted to $ 5 billion, cannot be used to bridge the deficit, but is allocated to finance projects."
He continued, "The House of Representatives set a ceiling for the first internal borrowing, which reached 15 trillion, despite our objection, which was not sufficient to meet the salaries and expenditures until last September, which forced the ministry to request a new borrowing with a higher ceiling of 41 trillion, so that we can fill the deficit in salaries and related ruling expenses." By importing electricity, fuel, foreign debt, the ration card and supporting farmers, "noting that" the amount included in the new borrowing covers salaries and expenses for the remainder of the current year and the first two months of next year.
He stressed that the House of Representatives has the right to demand a reduction in the amount included in the borrowing law, but this is the country's financial reality, stressing that it is difficult to completely control expenses in light of the state’s building on a financially unstable base and expenditures based on unrealistic assumptions such as high oil prices.
He explained that "the mechanism of repayment of internal borrowing is through the revenues generated from oil and the benefits arising from hypothetically through an understanding with banks and the Central Bank without being subject to market controls."
He added that the government has taken short-term measures to maximize revenues and has an integrated plan for the purpose of facing the economic crisis.
He pointed out that the salaries of employees for the month of last November will be paid, perhaps within two or three weeks, in the event that the borrowing law is not passed, but in the event of voting on it, it will be launched directly.
He cautioned that "the monthly revenues generated from exporting oil with the funds in the Ministry of Finance are not sufficient to cover the salaries of all employees, but rather require some kind of scheduling," noting that "without resolving the basic crisis will remain accumulated and the salary delay will persist."
And that "oil revenues constitute 93% of the general budget and the remainder of non-oil revenues, such as customs, ports, taxes and others."
He pointed out that "there is a decline in customs revenues for various reasons, including defects in the way they are obtained, abuses, smuggling and thefts," stressing the importance of controlling customs in order to increase revenues, but they do not constitute 15% of oil revenues in addition to taxes, which are difficult to work on. Increase it in light of the economic recession. "
He continued, "There is a strong trend to activate the collection of electricity by installing electronic meters to control them and covering part of the volume of allocations to the electricity sector, which amounts to about 14 trillion."
Allawi revealed the size of Iraq's debt, although it is not large, according to him, pointing out that "the foreign debt is estimated between 60 to 70 billion dollars."
He pointed out that "external debts, half of which are inherited, and the other was added after 2003 for various purposes, including financing projects," adding that "internal debts are also estimated at 60 trillion."
He pointed out that "the 2021 budget will be presented this month that includes a plan based on the medium term and basic changes to be implemented in the first phase of the white paper."
He pointed out that "the price of oil was based on $ 41 in the budget for next year," indicating that the majority of employees are not included in the proposed deduction in the allocations, which is under discussion in the budget, "indicating that the deduction from the allocations includes specific categories without prejudice to the nominal salary."
He emphasized work to reduce the GDP from 25% to become from 10 to 12 during the next three years.
Allawi warned that there are many proposals, the most important of which is the implementation of the main objectives of the White Paper without prejudice to the poor classes and the majority of employees and work to support them.
Regarding Resolution 315, the Minister of Finance emphasized the difficulty of implementing it in the absence of the budget law.