The Zionist entity is approaching the walls of Baghdad .. Will Iraq join the train of normalization?

The Zionist entity is approaching the walls of Baghdad .. Will Iraq join the train of normalization? 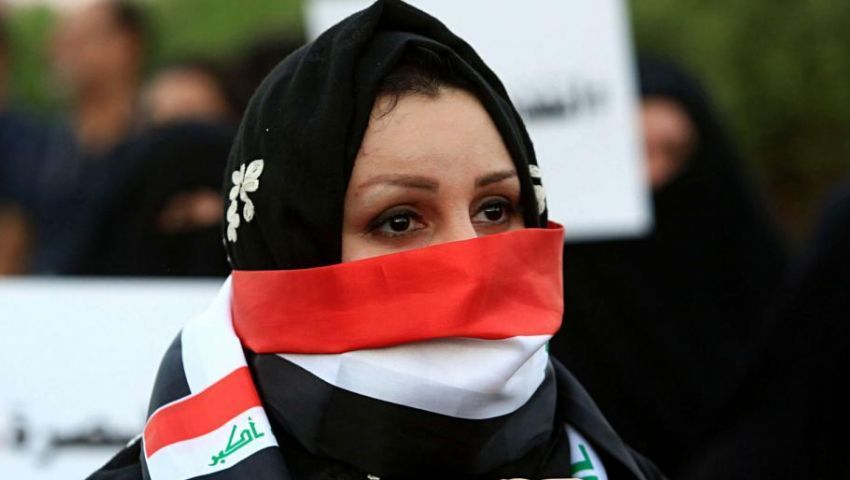 Normalization is approaching Iraqis
Despite the declared hostility, which continued throughout the rule of Iraqi President Saddam Hussein with the state of the Zionist entity and until now, and although Baghdad has not officially recognized the Israeli presence, the compass of normalization has begun to shift towards Tel Aviv and Baghdad, according to analysts.

Returning to the fact of the matter, Iraq does not recognize the existence of the State of Israel, and there is no type of relationship between the two states, whether at the official or popular level, as it is among about 30 countries in the world that still refuse to recognize the state that the Jews established on the land of Palestine.

And Israel viewed Iraq as a serious threat during the era of its late president Saddam Hussein, who was adopting a speech calling for the elimination of Israel, and this is the same rhetoric adopted by Iran and the Iraqi forces allied to it.  Despite the fall of Saddam’s regime in 2003 and the creation of a regime in its place that is considered an ally of the United States, Iraq still does not recognize the existence of Israel, and the state of hostility between them has not been announced.

And the Iraqi Shiite political blocs allied with Iran adopt an explicit "hostile" rhetoric against Israel, within the framework of what is known as the "resistance axis" or "Islamic resistance." 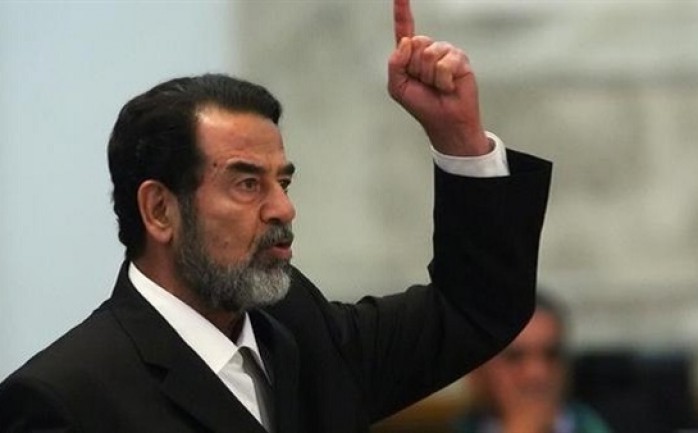 The Iranian leaders do not hide their fears that relations between the US administration and the Iraqi government will lead to the normalization of Baghdad’s relations with Israel, in response to US pressure driven by Baghdad’s economic and military need for Washington.

According to Iraqi media, the head of the Iraqi Umma Party, Mithal Al-Alusi, revealed secret talks of a high-level Iraqi government delegation with European countries regarding normalization of relations with Israel.

In a press statement, Al-Alousi said, "The official Iraqi delegation that recently conducted a European tour listened and discussed the issue of normalization between Iraq and Israel."  The former Iraqi parliamentarian added that "this matter is surrounded by high secrecy, especially after this matter was revealed through the media." 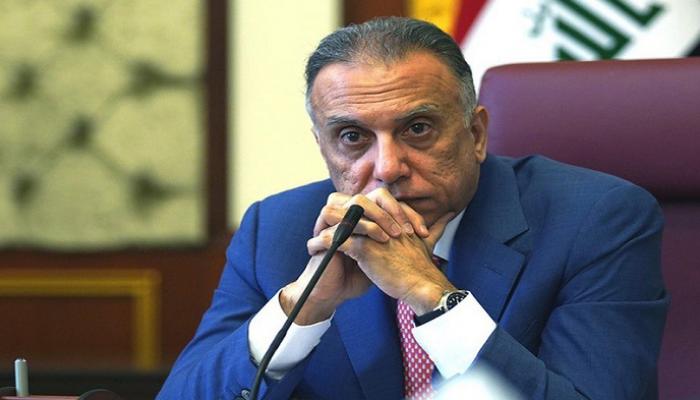 Al-Alousi revealed that "the official Iraqi delegation sent a message to the world that we want normalization between Baghdad and Tel Aviv, but the time is early for this matter, especially with the existence of the financial and security crisis and the electoral crisis in Iraq."
He concluded by saying, "This normalization may soon see the light."

On the other hand, an analysis by the Iraqi writer Raed Al-Hamid revealed that Iraqi media outlets close to or owned by Shiite blocs have been running a wide campaign since the UAE and Israel announced, on August 13, their agreement to normalize relations between them, and their intensity increased after Bahrain signed a peace agreement with Israel. Washington mid-September. 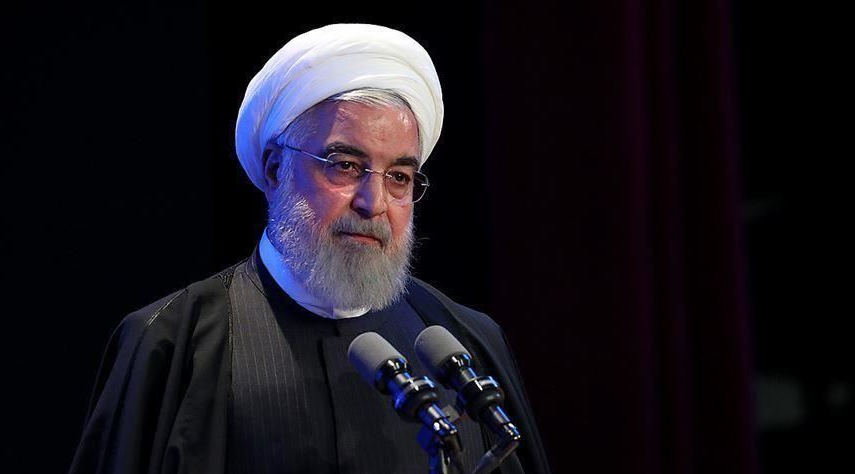 This campaign aims to extract official statements from the three presidencies in Iraq, the Republic and the Council of Ministers and Representatives, condemning normalization, but none of them has issued an official statement yet, which is what observers see as an implicit acceptance of normalization when the appropriate ground is available for it.

So far, no statement has been issued by the Iraqi government explaining its position on the normalization agreements, which raised concern in Iran, which was reflected in the circles of the allied forces in the Iraqi parliament.

These forces are trying to question the Prime Minister, Mustafa Al-Kazemi, about whether he discussed the possibility of normalization with Israel, during his visit to the British capital, on 20 October.

After the announcement of normalization between the UAE and Israel, Iraq announced, on August 22, 2007, through its Foreign Minister Fuad Hussein, its commitment to the Arab Peace Initiative, which was issued at the Beirut summit in 2002, through the establishment of a Palestinian state on the occupied territories in 1967, before the normalization of relations with Israel. .

On September 9, however, Iraq abstained from voting in the Arab League on a Palestinian draft resolution condemning normalization between the UAE and Israel.

It was remarkable that the Iraqi Prime Minister commented on the normalization agreement between the UAE and Israel that peace between any Arab country and Israel is a sovereign issue decided by the country in question. It is a position that is somewhat consistent with the Saudi position, at least in the media discourse and public opinion trends.

The Iraqi writer added in his analysis that the signing of the UAE and Bahrain two peace agreements with Israel, and the announcement by Sudan of its agreement to normalization and possibly other Arab countries in the near future, as confirmed by Donald Trump, has overturned the constants that had regulated decades ago to establish normal relations with Israel.

These constants are based on not violating the legitimate rights of the Palestinian people to establish an independent state with East Jerusalem as its capital, according to the Arab Peace Initiative that was presented by Saudi Arabia and approved by all Arab countries at the Beirut summit, and rejected by Israel.

Israeli media outlets and influential accounts on social media are trying to promote the influence of the Iraqi Jewish community in Israel and the possibility of benefiting from it in building relations between the two countries that will benefit Iraq first.

The Israeli speech on social media is relatively acceptable among Iraqi circles that are opposed to Iran, who see peace as an opportunity to cooperate with a Middle Eastern country that has a leadership in medicine, science, agriculture and technology, and such a relationship will reduce Iranian influence in Iraq.

According to media reports, some public opinion trends in Iraq indicate the adoption of new views, after Israeli normalization with three Arab countries, which is the need to end the state of hostility with Israel.

This position is adopted by Arab political blocs, both Sunni and Kurdish, and an important proportion of Shiite political blocs not allied with Iran, such as the Wisdom Movement, led by Ammar al-Hakim, who is close to Al-Kazemi's views.

According to political analyzes, it is believed that the Gulf’s drive towards normalization with Israel could be reflected in Baghdad’s embrace of a similar step to integrate Iraq into the Gulf bloc, with US support and support in the hope of extricating the country from the accumulated crises that the governments after 2003 did not find a solution to.

The United States and Gulf countries interested in confronting and curbing Iranian influence in the region can persuade Iraqi leaders to accept normalization with Israel, to form an anti-Iranian axis to get rid of Iranian influence, which is a key factor in the Iraq crises.

However, this clashes with the influence of the forces allied to Iran, and its hegemony over political, security and economic decisions to some extent. However, there is a different view that leads to the possibility of normalization between Baghdad and Tel Aviv, by exploiting the state of weakness that Iran is going through, whether in terms of political isolation or a decline in its financial capabilities to support the forces allied to it, as a result of US sanctions.

Iraq needs more foreign investment to fill the deficit in the funds needed to rehabilitate the infrastructure, rebuild the cities destroyed by the war against the terrorist organization "ISIS", and compensate for the decline in oil prices in the global market. There may seem to be an Iraqi need for normalization with Israel to mobilize more international efforts, under the auspices of the United States, to help Iraq in many aspects and get rid of the crises it is suffering, whether economic or other.
It is believed that the United States is pressuring Iraq to normalize its relations with Israel with full understanding of Iranian objections and the positions of the powers allied to Tehran.

But it does not seem that the Al-Kazemi government, or any other government that will follow it, is able to take the normalization decision before getting rid of Iranian influence, direct or indirect, on the Iraqi decision, or Iran itself signs a peace agreement with Israel. The Palestinian National Authority had described the normalization of the Emirates, Bahrain and Sudan, their relations with the occupation state as a betrayal of the Palestinian cause.

Similar topics
» Ministry of Commerce: Iraq is approaching to fulfill its obligations to join the World Trade Organization (WTO)
» Khalidi: Israel supports the secession of Kurdistan to occupy people with a new Zionist entity
» BAGHDAD: Suspended train project will be signed during McCron's visit to Iraq
» Alstom, Iraq sign deal to implement the Baghdad Elevated Train
» The signing of a memorandum of understanding with Alstom and Hyundai for the implementation of Baghdad train suspended