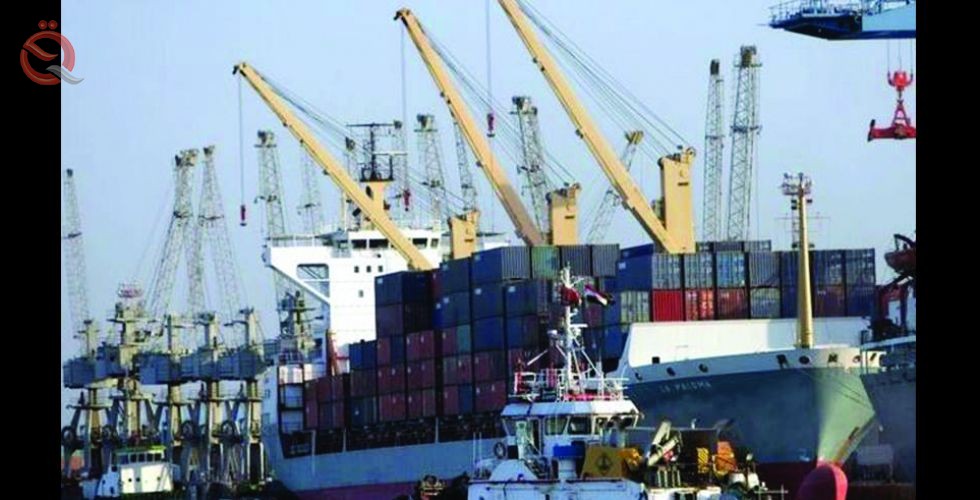 The Ministry of Transport confirmed, on Tuesday, that there is a great trend to work with the electronic system in the ports, as well as customs operations and the resulting support devices.
The Director of the General Company for Iraq Ports, Dr. Eng. Farhan Muheisen Al-Fartousi, said in an interview with Al-Sabah newspaper, which was seen by Al-Eqtisad News, that there are plans to develop the operating ports and raise their classification level to safe areas, thus continuously updating them and enhancing information technology, confirming that there is a great trend to convert ports The current system for working with the electronic system (automation) in terms of entry and exit of trucks and goods and their movement inside the port, as well as customs operations and the consequent support devices.
He pointed to the current control of the movement of trucks entry and exit, as it is not allowed to enter any of them until after knowing their exact details, their load and the location of their unloading, in addition to providing the detection devices (sonar) that are linked to the network electronically.
Al-Fartousi pointed to the initiation of the construction of the most important and largest yard called (The Great Welcome) with an area of ​​one and a half million square meters, as it will be completed within a period ranging between 9-12 months, and all services are available, including customs checks in an isolated yard from work. The navigational, which contributes to the smooth movement of trucks and goods inside the ports, in addition to the existence of a reserve yard in the event that the company goes to work in the maritime-land transit, that is, a special yard is prepared for the operations of transit goods so that it is secured and ready for shipment to any country. Calculated to secure the port soon.
He indicated that the work of ports depends on shipping lines, and there is a basic idea of ​​adopting joint operation between operators and international companies or with global shipping lines, as every operating company has a number of shipping lines and with the global system called (liner) whose mission is to transport goods through container ships, and all A line with specific and fixed ports, and the more shipping lines or companies that have been contracted with, the incoming goods and financial returns increase.
In another context, the Administrative Undersecretary of the Ministry of Transport, Dr. Salman Saddam Al-Bahadli, told Al-Sabah: The ministry seeks to develop channels for shipping goods and commodities through the railway system that extends to most governorates and to raise the capacity of this network to accommodate the speed of trains and various cargo loads.
He added that the ministry is moving towards developing plans for future investment projects to upgrade the realities of railways, explaining that the ministry’s current approach aspires to advance the railway sector, which is economically feasible by transporting passengers and goods, relieving congestion, reducing road accidents and preserving the environmental reality.

Similar topics
» Customs set February 17 as the date for the consolidation of customs duties at all ports
»  Do we need a translation between the old paper transaction system of Iraqi banks and the new system based on electronic banking systems?
» The stock market confirms its continuation of plans to develop electronic systems
» Political / The Transportation, Border Crossings and Ports Committee of the Saudi-Iraqi Coordination Council convened in Baghdad
» Transportation: We are ready to establish an automation system at the border outlets