Minister of Transport: Activating the land and air transit operations in Iraq

Minister of Transport: Activating the land and air transit operations in Iraq 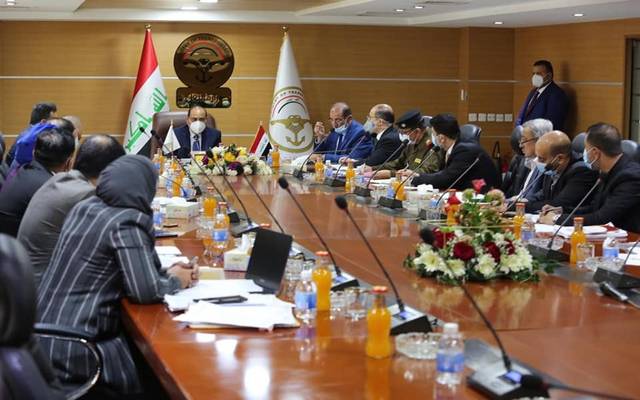 
The minister said, in a statement to the ministry, that it was decided to activate the transit transport operations that pass through Iraqi airspace as well as the Iraqi mainland, which is open to many countries, because these operations represent an important source to provide funds and increase revenues in the interest of the Iraqi citizen. And in line with the government direction that Prime Minister Mustafa Al-Kazemi committed to, to maximize the state's resources, and in the interest of exploiting the important geographical location of Iraq, which is an important link for many countries.

The meeting resulted in the formation of joint working committees to lay the foundations and controls that will be the basis for the work of these committees, which will submit their final reviews on Wednesday, November 11, 2020.

At the end of the meeting, the minister promised the committee to remove all obstacles that might hinder the work of the working committees.

Similar topics
» Iraq's Ambassador to Korea Meets with Korean Minister of Land, Infrastructure and Transport
» Transportation: seeks to re-transit through Iraq by land with various parties
» Minister of Planning arrives in South Korea at the head of an official delegation to participate in the World Conference on Cooperation in the field of infrastructure development
» Abdelmahdi receives 1,300 rare archaeological pieces from the Jordanian prime minister
» Iraq and Russia begin implementing the international land transport agreement for people and goods between the two countries