«Customs» seized them upon taking out half a million dollars through a port.
The prosecution accused them of non-disclosure, which was punished according to «money laundering» 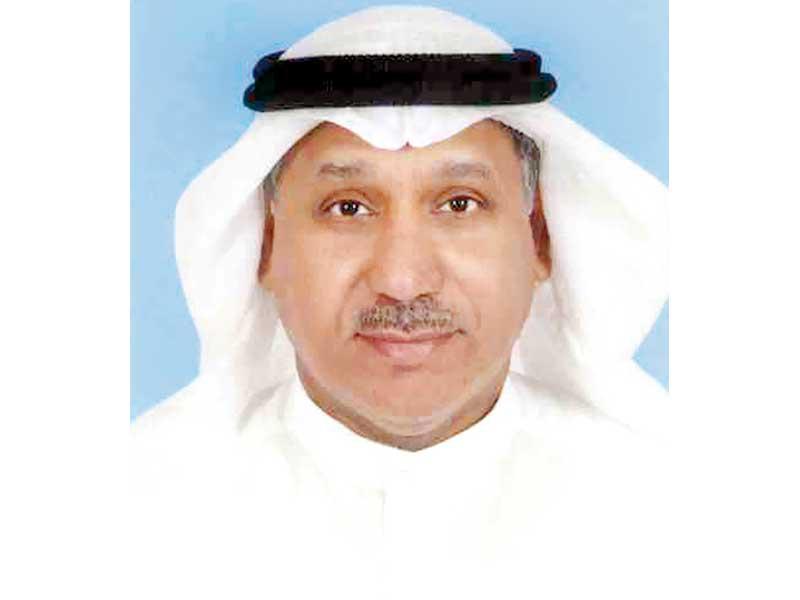 The Criminal Court of Cassation headed by Counselor Saleh Al-Morished rejected an appeal filed by two accused of smuggling money into Iraq, valued at half a million dollars, and not disclosing it to an employee of the General Administration of Customs through the land port, which is in violation of the provisions of Law No. 106 of 2013 regarding money laundering and terrorist financing.

The Court of Cassation upheld the appeals court ruling to fine the defendants an amount of 90,000 dinars each for the charges against them by the Public Prosecution, after the Court of Appeal canceled the six-month prison sentence issued against them with effect on the background of their arrest of trying to smuggle half a million dollars into Iraq.

In its ruling, the Criminal Court of Cassation stated that according to Article 20/1 of Law 106 of 2013 regarding combating money laundering and the financing of terrorism, every person who enters or leaves the State of Kuwait and has cash in his possession must disclose to the General Administration of Customs upon request about The value of those currencies, and the meaning of this text is that the criminal intent in this crime is available whenever the perpetrator intends not to disclose what he possesses in cash as soon as he enters the State of Kuwait or leaves it if the General Administration of Customs requests him to do so, and the primary judgment supporting his reasons, supplemented and amended by the contested judgment has been Demonstrate the availability of criminal intent before the appellants, based on the intention of the first appellant to conceal the sums of money in his possession from the customs inspector, and he distributed them on eleven rolls and placed them inside a bag in a secret place at the rear of the vehicle intentionally and willingly and with knowledge of the intent to smuggle them, and the second appellant shared with him on this by means of agreement and assistance, This was what was mentioned by the verdictThe primary supporter for his reasons, supplemented and amended by the contested judgment, is sufficient to demonstrate the availability of the elements of the crime assigned to the appeals, particularly the criminal intent.

The court pointed out in the merits of its ruling that the decision that participation by way of agreement is achieved by uniting the intention of the perpetrator and the partner to commit the agreed act, and it is often carried out without an external phenomenon or tangible material acts that can be inferred from it, enough that the court has with him thought that it happened from the circumstances of the case. And its circumstances whenever its belief was acceptable and justified by the facts proven by the ruling, and participation in the way of assistance is achieved through the partner’s interference with the perpetrator, a limited intervention by his response to his action and the meaning of facilitating the commission of the crime, which the lawmaker made him subject to the punishment of the partner, and was the performer of what was mentioned in the primary judgment taken with his reasons and supplemented With the appealed judgment in his statement of the case and his review of the evidence to prove it in the way passed, his statement of the role that the second contestant participated in in the crime of non-disclosure of his possession of foreign currencies committed by the first contestant, and that he agreed with him and provided him with the sums of money that were seized with the first contestant to bring them out to a state Iraq, and the first appellant made it and hid it in a place in the vehicle as soon as it passed through the customs area and did not disclose it, which is what the second appellant has all the legal elements for participation in the crime of non-disclosure of foreign currencies in the possession of the first appellant. From the belief that he obtained it.


A- Proceeds of crime, including funds mixed with, resulting from, or substituted with these proceeds. B - Income and other benefits resulting from proceeds of crime. C- The funds subject of the crime. And if the appealed ruling committed itself to this consideration - by judging each of the appellants to pay a fine of ninety thousand Kuwaiti dinars and to confiscate the seized funds subject of the crime, then the law has been properly applied.

The court clarified that the appealed ruling considered that the two crimes for which the appellant were convicted are indivisible and indivisible, pursuant to Article 84/1 of the Penal Code, and it inflicted a single penalty that falls within the limits of the penalty prescribed for the crime of non-disclosure of the currencies in his possession and participation in which he owed. It alone suffices to carry the judgment of the judgment, and it has been delivered from what the appellants cursed over it, because it is useless to raise it regarding the customs smuggling crime for which we owed and did not incur an independent punishment, and their prohibition in this regard becomes unproductive.

Invalidating recognition
The court affirmed that recognition in criminal matters is one of the elements of reasoning that the trial court has full freedom to assess its validity and its value in proof without penalty as long as it evaluates it on justifiable reasons, and it has absolute power to admit the accused’s confession against himself and other accused in any role. The roles of the investigation, and if he changed it after that, when you are satisfied with his sincerity and conformity with the truth and reality, and the confession does not need to be a reflection on the crime with all its elements, but it is sufficient to respond to facts from which the court concludes with all mental capabilities that the accused has committed the crime, and the court is not obligated to take it With the defendant’s admission - as evidence among the other evidences that I relied on - that she adheres to its text and its outward appearance, but has the right to divide it and to deduce from him the truth as he revealed it - when that was so, and it was evident from the plaintiff’s first defense memorandum before the trial court that what he proved in it is just his saying His confession was made under the threat of the officer and fear of being detained, and this was one of the phrases.

A dispatcher that does not carry the meaning of coercion or the alleged threat, and it is also decided that it does not affect the integrity of the confession for fear of the police’s power, because it is decided that the job’s powers - in itself - give it to the owner of the competencies and capabilities that are not considered coercion as long as This authority did not elude the accused with a material or moral harm, just as mere fear is not the equivalent of coercion that nullifies the confession, without meaning or wisdom, and that fear and confusion alone are not considered to be a reason for the invalidity of the confession, and since the primary judgment supporting its causes by the contested judgment has been evident in his judgment The court is reassured of the validity of the first appellant’s confession of committing the incident in conjunction with the second contestant, because of its conformity with the truth and reality and its consistency with the rest of the evidences derived from the statements of the officer of the incident and the course of investigations and what the second appellant decided in the investigations, which the judgment did not err in his understanding or estimation. What the first contestant raises in this regard is not connected to the correctness.

Similar topics
» The Supreme Court commented on the return of politicians accused of terrorism to Iraq
» URGENT The House of Representatives holds its meeting tomorrow and its schedule is free from completing the cab
» Learn about Parliament's vision of institutionalizing and fighting corruption
» Urgent parliament votes on Super Zidane head the Federal Court of Cassation
» Head of the Change Bloc: Iraq possesses important documents on smuggling money abroad