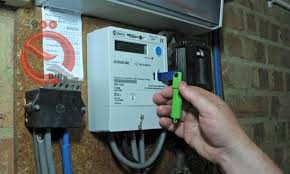 The Parliamentary Energy Committee announced, on Sunday, the Ministry of Electricity's intention to link pre-payment measures, in order to regulate the process of collecting electricity wages.
Committee member Amjad Al-Oqabi said, in a press statement, that "electricity funds amount to only 7% due to the expansion of regions and the lack of standards for their installation, as well as the citizens' refusal to pay electricity wages on a regular basis," pointing out that "the Ministry of Electricity has a study to replace networks Crippled electric pneumatic with a modern network (Undergram) with new standards.
He added that "pre-payment metrics work according to the packing system, as it is currently in effect in a number of countries, and this matter will save a lot of energy and money."
He added that "the project will not cost the Ministry of Electricity any money as the contractors will get their money from the collection," explaining that "the project will be transferred to the ownership of the ministry after completing the contractors' funds obtained from the collection."
He pointed out that "if these networks are implemented throughout Iraq, the need for energy during the summer will range from 13 to 14 thousand megawatts, and will provide 3 thousand megawatts," indicating that "this matter will bring large financial returns to the Ministry of Electricity, as well as providing the citizen with electric energy." Regularly and not lagging ”.
Al-Uqabi expressed his hope that "there will be seriousness on the part of the Ministry of Electricity in pursuing the project, which will provide new energy and money in addition to being welcomed by citizens."

Similar topics
» For the first time in Iraq ... state departments rely on electronic collection to collect money
» Electricity: investment in the distribution of electric power would provide electricity to citizens 24 hours
» Collect signatures of 53 deputies in parliament to overturn the new electricity pricing
» Collect taxes from citizens will begin after the adaption of the BUDGET in the House of Representatives
» Electricity: The collection continues during the curfew days