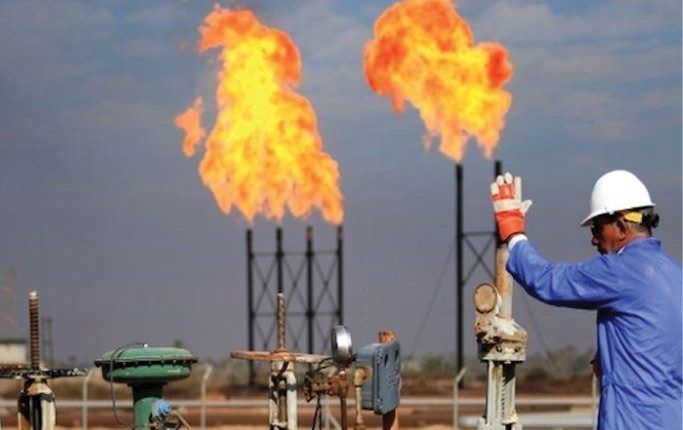 Baghdad / NINA / The Ministry of Oil announced that oil export revenues during the past month amounted to (3) billion and (430) million and (630) thousand dollars.


The ministry indicated that the total exports achieved for the month of last October, according to the preliminary statistics issued by the Iraqi Oil Marketing Company "SOMO", amounted to (89) million (153) thousand and (899) barrels, with revenues of (3) billion and (430) "One million and (630) thousand dollars." And she added, "The total quantities of crude oil exported for the month of last October from the oil fields in central and southern Iraq amounted to approximately 86 million barrels, as for Kirkuk fields through the port of Ceyhan, they reached two million and (867) thousand and (637) barrels and the quantities exported to Jordan are (263) thousand and (058) barrels.


She explained that "the total daily average of exports amounted to two million and (876) thousand barrels," and that the average price per barrel reached (38).

Page 1 of 1
Permissions in this forum:
You cannot reply to topics in this forum
Who is online?
In total there are 91 users online :: 2 Registered, 0 Hidden and 89 Guests :: 3 Bots

Yesterday at 3:10 pm by GirlBye

Yesterday at 2:19 pm by RamblerNash

Yesterday at 10:53 am by RamblerNash