Documents ... a proposal to amend the Unified Pension Law

Documents ... a proposal to amend the Unified Pension Law

Alsumaria News publishes the proposed law to amend the Unified Pension Law No. 9 of 2014 with the signatures of 62 deputies.

For his part, the deputy from the State of Law Coalition, member of the Finance Committee, Abdul Hadi Al-Saadawi, revealed that his bloc had adopted the collection of signatures of more than 60 deputies to add the proposal to amend the unified pension law, stressing that the Presidency of Parliament agreed to include the amendment proposal and referred it to the Finance Committee.

Summary of the new laws and amendments approved by Iraq’s Parliament
The amended Unified Pension Law No. 9 of 2014: 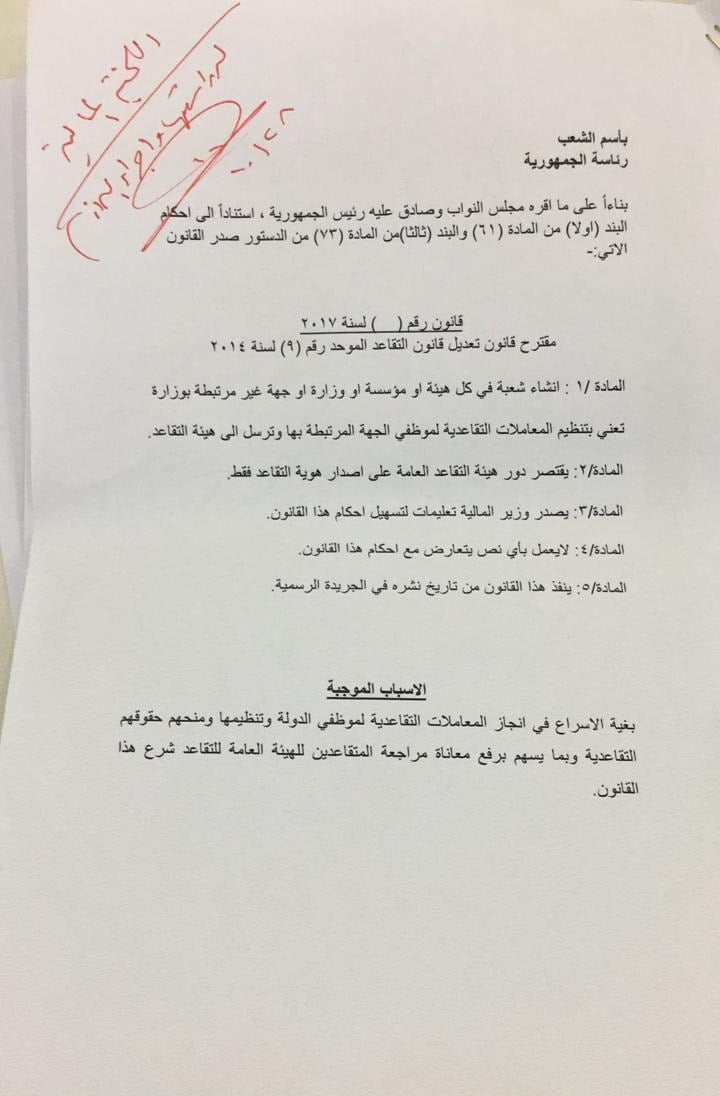