A deliberate disclosure of the Iraqi state’s secrets: the leak of official letters as a model

A deliberate disclosure of the Iraqi state’s secrets: the leak of official letters as a model 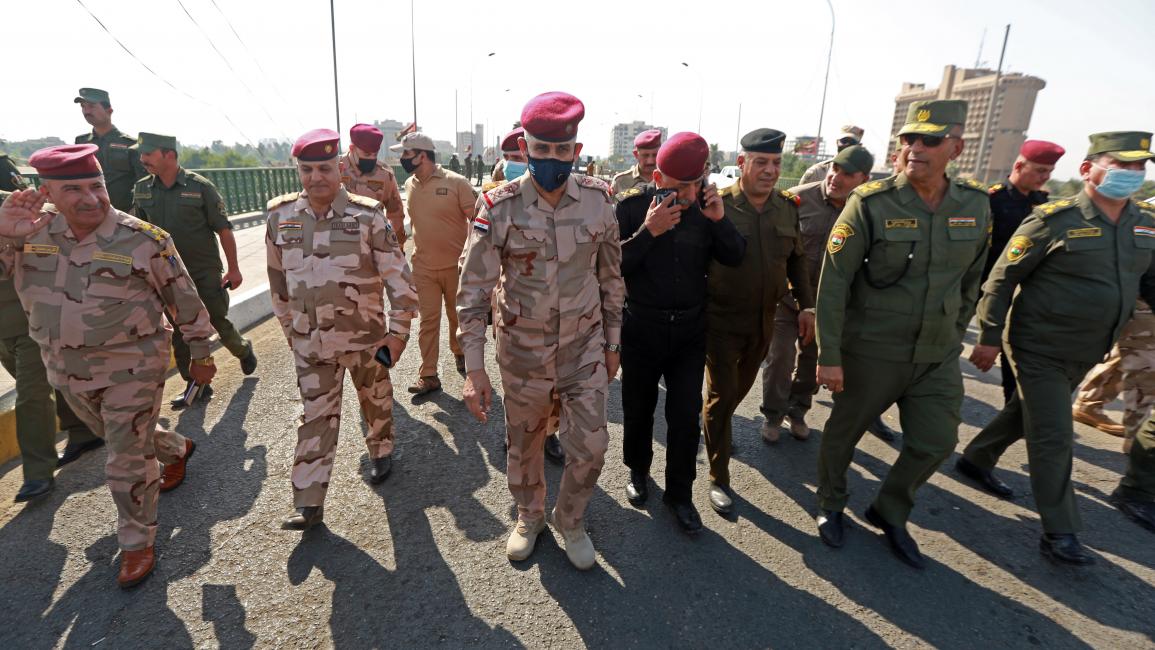 The matter is not limited to leakage of official correspondences in the security institutions
Despite the many problems they caused in the past and the pledges of Iraqi governments to stop them, the phenomenon of leakage of official correspondence still continues. The leaks included correspondences that are supposed to be confidential, such as declaring a state of alert among the ranks of the security forces, holding senior officers accountable, banning officials from traveling, pursuing important figures accused of corruption , or announcing the government formation before it reaches Parliament to vote on it. And other correspondence, which legal professionals assert that its leak is a legal violation and a criminal offense, regardless of the importance of their content, whether they contain secrets or not. While politicians see that some of the leaks are intended, in order to give the target or concerned parties a green light for precaution, others wonder about how important documents were leaked, which reached the circulation of important official books classified as having limited access.

In the context, a prominent government official revealed to Al-Arabi Al-Jadeed that at least 12 officials and employees in various government departments had been excluded about two weeks ago, due to the leakage of documents, their publication on communication sites or the media, or their leakage to known parties. These authorities have taken advantage of them to arrange their conditions or take proactive steps to protect themselves, as in the file of arrest warrants issued by the Anti-Corruption Commission and the recent Basra security operation. The official noted that directives have been given that stress the need to hold accountable those responsible for leaking important official books, be they parties or individuals, accusing the deep state and partisan quotas within the important and higher state departments and institutions of standing behind these leaks that will not stop until they are eliminated. He explained that the laws hold accountable persons who are complicit within the institutions for leaking official documents, as well as those that circulate them to achieve political ends, and those who were excluded are referred to the judiciary. Unfortunately, the attempt to combat the phenomenon may require changing the joints of the state and building it properly. In turn, parliamentarians revealed that the leakage of official documents has reached the stage of divulging secrets.

Iraq
Arab Reports
Accusations of militias of being behind the sabotage of demonstrations in Iraq
In this context, a member of the Parliament's Security and Defense Committee, Katie al-Rikabi, indicated that the defense ministers Jumah Anad and the Interior Minister Othman al-Ghanimi were directed to prosecute and hold accountable those who try to divulge secrets and publish information and documents that are classified as confidential. He explained in a press briefing that the Defense and Security Committee discussed with them the issue of the spread of such documents on social media. He pointed out that there is a question on the minds of many, which is: "How and why are confidential documents being leaked in this way, and on these days in particular?" ".

Another member of Parliament for the Integrity Committee told Al-Arabi Al-Jadeed that the matter is not limited to leaking official correspondences in the security institutions alone, explaining that this phenomenon affects the work of integrity and the prosecution of the corrupt in Iraq. He pointed out that official books had been circulated indicating that officials and accused corrupt politicians would soon be held accountable and that others were not allowed to travel, which would give them an opportunity to hide or flee outside the country. He wondered whether the matter was a deliberate government policy to scare the corrupt without holding them accountable, or is there really someone who has the ability to infiltrate important state institutions and access their correspondence, some of which enjoy a high degree of secrecy?

The leaks affect the anti-corruption file in Iraq

In turn, a former member of Parliament, Mazhar al-Janabi, rejected the phenomenon of leaking of official books, some of which include procedures for holding the corrupt accountable, assuring Al-Arabi Al-Jadeed that the threat and the threat is not true. He considered that "making the courageous decision is the right one," and that "the phenomenon of leaking official correspondence is incorrect and unproductive, and represents a green light for those wanted to flee."

For his part, the legal expert, Tariq Harb, considered that the leakage of official books is not permissible regardless of the information they contain, stressing in an interview with Al-Araby Al-Jadeed that there are laws that prevent this. He pointed out that the Iraqi Penal Code prohibits the leakage of official books unless there is written approval from the authority from which the book was issued. He stressed that the leak is an administrative offense, and the act is a "criminal offense, regardless of the content. Is it a secret? Is it extremely secret? Is it otherwise?"
In 2016, the Iraqi parliament voted on the "preservation of documents" law with the aim of preserving documents belonging to the state's executive, legislative and judicial institutions. The law classified documents into 3 fields: "public documents that can be viewed by everyone, private documents that can only be viewed with the approval of the concerned authorities, and confidential documents that cannot be viewed because of their prejudice to state security."

And the Supreme Judicial Council decided, last year, to hold accountable the employee who publishes official books on social media, stressing that accountability will include employees who publish what they see by virtue of their job. The Judicial Council pointed out that this is inappropriate behavior for which the law is held accountable, in accordance with provisions contained in the Iraqi Penal Code.

It is noteworthy that the leakage of official documents in Iraqi institutions is not a new matter, as the Iraqi government decided in 2013 to prevent any official document from being leaked to unofficial parties or their publication through the media, especially the visible ones. And considered that this harms the reputation of the state and the government, and the Prime Minister at the time, Nuri al-Maliki, believed that the responsibility for these documents and preventing their leakage rests with the administrative official who is subject to punishment.