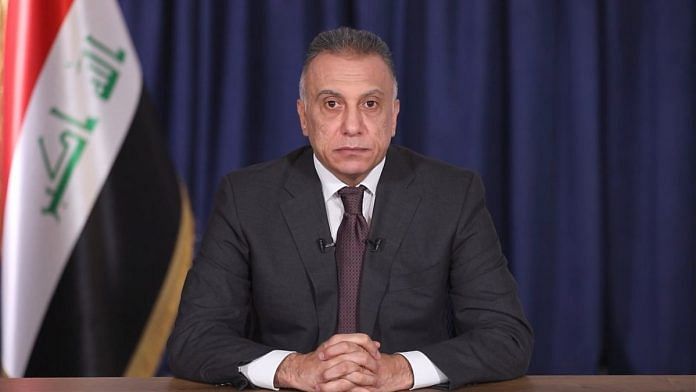 Kadhimi's govt is pushing a soup-to-nuts overhaul in the next three to five years. The path of least resistance would have been to wait until the general election next summer.

Can a leader with neither a popular mandate nor a political machine reform Iraq’s economy? Caretaker Prime Minister Mustafa al-Kadhimi intends to find out.

Last week, his cabinet approved a white paper for economic reform, mapping out over 95 pages a soup-to-nuts overhaul in three to five years. Finance Minister Ali Allawi said the goal was to create a strategic and policy framework for a new Iraqi economy.If it is faithfully executed, Iraq will have a restructured and more dynamic economy, that is the point of it.


The need for reform is urgent and existential. Although Iraq is the second-biggest producer in OPEC, Kadhimi’s government is struggling to pay public wages and for essential food and medical imports. Even as the coronavirus pandemic spikes, Baghdad is scrounging for loans, investments and aid from the International Monetary Fund, from Saudi Arabia from the U.S.

Conditions will deteriorate before any prospect of improvement: The economy may shrink by as much as 10% this year, and the IMF expects Iraq’s budget deficit to reach 22% of gross domestic product, the worst in the Middle East and North Africa. The World Bank predicts per capita GDP will fall to $4,282, the lowest level since 2006.

While those grim numbers reflect 2020’s double whammy of low oil prices and the coronavirus pandemic, the economy was dysfunctional long before those crises. Its poor performance fed the widespread antigovernment sentiment that brought down Kadhimi’s predecessor, Adel Abdul Mahdi, a year ago.

Like Kadhimi, Abdul Mahdi was a compromise candidate agreed upon by bickering factions in parliament. He made only desultory attempts at reform and got nowhere. At the root of the economic mess is the well-established tendency of political parties to pad government rolls with their supporters, leading to a bloated wage bill equivalent to 25% of gross domestic product. A political weakling, Abdul Mahdi never summoned the courage to challenge the system.

Kadhimi deserves kudos for trying, but can he get anywhere? Much will depend on whether the political parties that gave the prime minister his job will let him do it. The white paper must be debated in parliament and win the endorsement of the biggest beneficiaries of the patronage system. He is counting on them to recognize that it can no longer be sustained.


Allawi, the finance minister, is cautiously hopeful that the political parties will recognize that something’s got to give. There is less denial, before it was all denial,he told the Associated Press.

Yet the government has already made one attempt this year to cut the wage bill, only to back down in the face of parliament’s intransigence. And it is an ill omen that, within hours of the white paper’s release, a member of parliament’s finance committee dismissed it as no different from Kadhimi’s previous effort.

The prime minister seems game to fight for the reform agenda; the path of least resistance would have been to wait until the general election next summer, when he can seek a mandate for change. But he will need help.

The most logical place to look is from within the protest movement that brought down Abdul Mahdi. As I have argued, Kadhimi has an opportunity to co-opt the revolutionary fervor of young Iraqis who are fed up with their political elites. But he has not yet made a serious effort to do so.


At another time, he might have turned to the U.S. for succor: American pressure still counts for something among the Sunni and Kurdish factions of parliament, and a generous helping of U.S. aid might stave off an economic emergency. But the Trump administration, in the final stretch of an election campaign, is less interested in assisting Kadhimi than in threatening him with the closure of the U.S. embassy in Baghdad.

If Trump wins reelection on Nov. 3, his interest in Iraq is unlikely to extend beyond bringing home the few remaining American soldiers. If Joe Biden becomes president, he might be more charitably inclined toward Kadhimi, but even in the best-case scenario, no material assistance will be forthcoming before early spring.

In the meantime, the prime minister is looking for assistance from Europe. As yet he has only received words of encouragement from London and Berlin, but no big checks.

That leaves Kadhimi’s reform push hanging on not much more than good intentions and tightly crossed fingers. Bloomberg