Al-Kazemi: Iraq has opened 30 major corruption files and will not surrender to the supporters of the state

Al-Kazemi: Iraq has opened 30 major corruption files and will not surrender to the supporters of the state 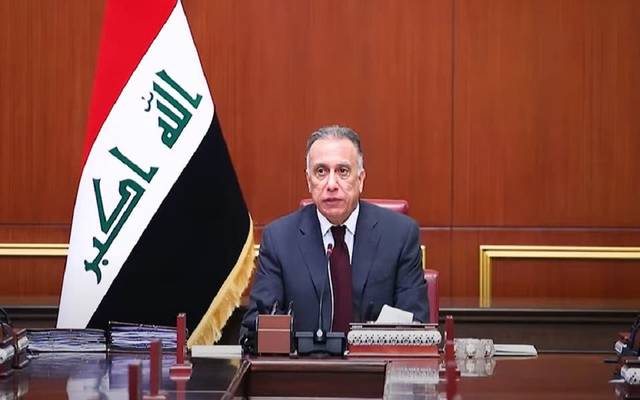 Iraqi Prime Minister Mustafa Al-Kazemi
Mubasher: Mustafa Al-Kazemi, Prime Minister of Iraq, said that “despite the crisis caused by the Corona pandemic, the collapse of oil prices, and we received an economic file burdened with wrong and painful policies, and a treasury emptied by the absence of economic strategies and total dependence on oil, we saved the country's basic needs, and presented a blank paper. An ambitious economic reformist, it put in place long-term solutions to prevent economic collapse, and to encourage agriculture, national industry and investment.

Al-Kazemi added in a speech on the occasion of the first anniversary of the October uprising that the official page of the Media Office on Facebook reported on Saturday, that this government was formed with an eye towards being an expression of the will of the people, and this was in its government platform.

He continued: "This curriculum was put into effect from the first day of the government’s life, which does not exceed five months, and the first criterion we set on our conscience is that we are a government whose primary goal is to prepare for free, fair and fair elections, and we have determined, without hesitation, the sixth of June. 2021 is the date for these elections, and we are sticking to this date. "

Regarding the parliamentary elections, Al-Kazemi said: “We have worked and are still working, with the assistance of the Election Commission, to complete its preparations for the success of this great event, especially in the event that the distinguished parliament completes the mechanisms of the election law, and we are working to ensure that international organizations and institutions monitor these elections to ensure more transparency and integrity.” .

Al-Kazemi indicated that serious measures had been started to implement the White Paper, in a way that would serve the people's interests and economic security.

He added that the government has confirmed that it will take great steps in the face of corruption, and "we have done, for the first time, all component considerations and the challenges of the influence of some will be overlooked, to open more than thirty large corruption files, as it was impossible to open them previously, and we brought those involved in those files into law."

In his speech, Al-Kazemi stressed that the government will never surrender to the supporters of the state, the followers of this or that side, or those affected by this stage, in their continuous attempt to strip the peaceful protest of its essence, and planting abusers, opportunists, criminals and seditioners in its ranks, after they failed in Kidnapping of the state by fugitive weapon.

Similar topics
» Parliamentary Integrity vows to reveal a major corruption files in ministries
» Chalabi: our state operates a petrol station and reset corruption in major contracts possible
» Abdul-Mahdi classified "map of corruption" in Iraq with 40 files and the most prominent oil
» Details of the Presidency and the Judiciary Meeting at the Peace Palace: We reject any security solution to the peaceful demonstration
» Al-Kazemi: We are going to create a healthy environment for the work of major investment companies in Iraq