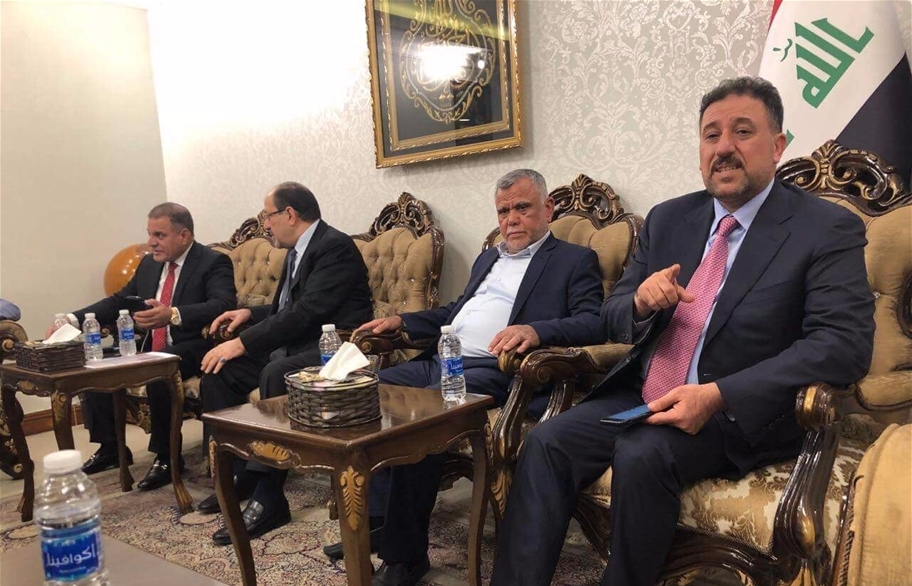 Shafaq News / Thirteen MPs have defected from the Iraqi Forces Alliance, headed by the Speaker of the Iraqi Parliament, Muhammad al-Halbousi, according to a source.

The source told Shafaq News Agency, "More than 30 MPs intend to announce this evening a new political bloc from Ossama Al-Nujaifi's house", adding, "the bloc includes MPs who recently met with the Kurdish leader, Massoud Barzani, and the head of the State of Law coalition, Nuri al-Maliki, sto withdraw confidence from al-Halbousi".

On Friday, 35 MPs announced an agreement to form a new parliamentary front "to stop the deterioration and redress the oppressed citizens", representing the Salvation and Development Front, the Mass Bloc, the Arab Project, the Islamic Party, the Independent Iraqi Bloc, and independent deputies.
The World - Iraq

On Friday, MP Ali Al-Sajari said that the front, which was announced today (yesterday), will demand the dismissal of Parliament Speaker Muhammad al-Halbousi for having committed "major corruption crimes," while the leader of the Sadrist movement, Muqtada al-Sadr, called for support of the front.

Al-Sajri said in an interview with Al-Sumaria News, "More than 35 deputies met today at the home of the former Minister of Electricity Qassem Al-Fahdawi and announced the formation of a new political front," noting that "the front includes deputies who met recently with the presidents of the two Kurdish parties, Masoud Barzani, the Patriotic Union of Kurdistan, and the President State of Law coalition, Nouri al-Maliki, the head of the Al-Fateh coalition, Hadi al-Amiri, the head of the Popular Mobilization Forces, Faleh al-Fayyad, and the Secretary General of Asa'ib Ahl al-Haq, Sheikh Qais Khazali.

Page 1 of 1
Permissions in this forum:
You cannot reply to topics in this forum
Who is online?
In total there are 109 users online :: 0 Registered, 0 Hidden and 109 Guests :: 2 Bots

» Footforward believes The RV can't be sustained without international investment coming back into the country...

» MilitiaMan say -- CBI is talking about major and influential reforms..

» Adam Montana says -- there is a high level of confidence in the HCL coming together as well. Rapidly. And we all know what that means. GOOO RRRRVVVVVV!!!