The waters of the Gulf off Iraq have become an important new waypoint for Iranian oil smugglers looking to avoid US sanctions, according to US officials, who have expressed their frustration that Baghdad and other allies are not behaving in a "more aggressive" way to impose restrictions on trade with Tehran.

Officials said Iranian tankers now regularly transport crude to other ships just miles from the Iraqi port of Al-Faw, then the oil is mixed with shipments from elsewhere to disguise its source, and it ends up being sold on global markets, according to a report from The Wall Street Journal. Journal.

The report cites an incident in March, in which 230,000 barrels of oil were transported from the state-run National Iranian Oil Company to a ship anchored in Iraqi waters, where the shipment was mixed with Iraqi oil and transferred to other ships, according to people familiar with the operation. The final destination for oil is not clear.

People familiar with the transfer said the operation was part of an increasingly common lucrative business that involved transporting and mixing shipments with other ships several times and then selling the oil with documents declaring it Iraq.

US officials make clear that satellite images show that such maneuvers are becoming increasingly common and undermine the Trump administration’s policy of "maximum pressure".  The policy seeks to force Iran to negotiate new restrictions on its nuclear ambitions and regional influence.  The Iraqi government has repeatedly expressed its support for US sanctions.

Iraqi Prime Minister Mustafa Al-Kazemi met US President Donald Trump in Washington last August, in a visit that the two sides described as a new chapter in the relationship that was strained during the era of former Prime Minister Adel Abdul Mahdi. Iran has increasingly tried to find ways to bring its oil to market despite US sanctions.

Iran's daily crude oil and condensate exports averaged 827,000 barrels per day in the first six months of this year, according to the US Shipping Information Company. This represents a 28 percent increase over the previous six months, but is much lower than the 2.7 million barrels per day level in May 2018 before the sanctions. .

For his part, Brian Hook, a former US special representative for Iran, said, "We have succeeded in the collapse of the Iranian oil sector because we impose our sanctions. We have warned the maritime community for two years about the dangers of transporting Iranian oil."

While some Iranian oil exports go to countries not allied with the United States, such as Syria and China, they often pass through allies like the United Arab Emirates or Iraq, where their source is hidden, according to US officials.

Last year, the Trump administration called on the United Arab Emirates to eliminate the illegal transit of Iranian oil through its waters.
In May, Washington said that shipping companies should ensure that customers and counterparties will not send or receive Iranian oil, and recommended additional checks to verify the source of the cargo when ships conducted transfers in high-risk areas like the Gulf.

"Reports of actions that appear to evade US sanctions are alarming," a State Department official said, adding that the United States remains committed to its strategy of "maximum pressure" against Iran.

Iraq is a port for smuggling Iranian oil

US officials: The Gulf waters off Iraq have become a new outlet for Iranian oil smugglers trying to circumvent US sanctions.

The delivery of a shipment of Iranian oil to its destination is being celebrated as a victory
Basra (Iraq) - A report by the Wall Street Journal revealed that Iran was using the territorial waters of Iraq to circumvent the US embargo imposed on Iraqi oil exports.

And the report, written by Bonoit Faucon and Sarah McFarlane, citing US officials, said that the Gulf waters off Iraq have become a new pathway for Iranian oil smugglers who work to avoid US sanctions.

These officials expressed their frustration that Baghdad and other allies were not acting seriously enough to place restrictions on trade with Tehran.

As an example of the volume of Iranian oil shipments that are smuggled in this way, the report says, based on a number of witnesses, that last March, 230,000 barrels of oil were transported from the state-run Iranian Oil Company to a ship anchored in Iraqi waters. Then the shipment was mixed with Iraqi oil and the new cargo was transferred to other ships that set off to unknown destinations.

People familiar with the smuggling said that the shipment was part of an increasingly common profitable business that involved transporting and mixing shipments with other ships several times and then selling the oil with documents proving its origin is Iraqi, as Iraqi oil is sold at prices higher than the price of oil of Iranian origin.

US officials said satellite images show that such maneuvers used to smuggle and market Iranian oil across the world are becoming increasingly common and undermine the Trump administration's policy of maximum pressure aimed at drawing Iran into negotiating its nuclear program and weapons programs on new grounds.

Iranian water is being used to smuggle Iraqi oil despite the sensitive position of Iraq, which continued to enjoy an exception by Washington from applying US sanctions, as if it was forced to abide by those sanctions, it would face a major problem in providing electricity, part of which it imports from Iran while Iranian gas is used in the Generate another section.

The report cited US State Department officials saying that reports of actions that appear to be evading US sanctions are alarming, reminding that their country is still interested in implementing its strategy of placing maximum pressure on Iran. 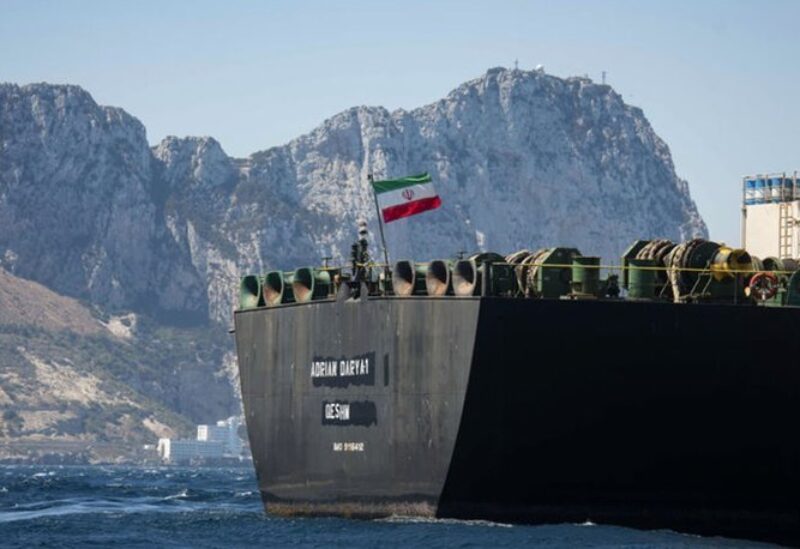 The Iranian regime is trying to circumvent the US sanctions imposed on oil exports using new tricks, this time through the Iraqi port of Faw.

The Gulf waters off Iraq have turned into a new and important route for Iranian oil smugglers trying to avoid sanctions, according to US officials who spoke to the Wall Street Journal.

Many of these officials expressed their frustration that Baghdad and other allies of the United States did not take serious measures to impose restrictions on trade with Tehran.

The officials said, "Iranian tankers regularly transport crude oil to other ships just miles from the main Iraqi port of Al-Faw, where the oil is mixed with shipments from other places to hide its source, and it ends up being sold on global markets."

In one example, the newspaper says it reviewed shipping data last March that showed that "230,000 barrels of oil were transferred from the state-run National Iranian Oil Company to a ship anchored in Iraqi waters."

It adds that "the shipment was mixed with Iraqi oil and then transferred to other ships," according to people familiar with the process, while the final destination of the oil was not clear.

"The operation was part of an increasingly common profitable business that involved transporting and mixing shipments with other ships several times and then selling the oil with documents showing that it was Iraqi," said people familiar with the transfer.

The newspaper asserts that it was unable to reach the owner of the ship to comment, "as it was not clear who was renting it at the time."

According to the Wall Street Journal, "the Iraqi government has repeatedly expressed its support for the US sanctions, but refused to comment on what was mentioned in this article."

American officials say that "some Iranian oil exports reach countries that are not allied with the United States, such as Syria and China, but they often pass through allies of the United States such as the Emirates or Iraq, where their source is hidden."

Iran has increasingly tried to find ways to get its oil to market despite US sanctions.

Iran's daily crude and condensate exports averaged 827,000 barrels per day in the first six months of this year, according to data from a US Shipping Information Company, as this represents a 28 percent increase over the six months preceding it.

The newspaper asserts that, with this, these numbers are much lower than the 2.7 million barrels per day level that Iran exported in May 2018 before the sanctions were imposed.

Tensions have escalated between Washington and Tehran, since US President Donald Trump unilaterally withdrew in 2018 from the Iran nuclear deal concluded by his predecessor, and began to reimpose sanctions that were eased under the agreement.

The sanctions target the oil sectors, the petrochemical sector, financial dealings and the Revolutionary Guard, in a move to force Tehran to return to the negotiating table to discuss its nuclear file and its role in the Middle East.

Similar topics
» Iranian official reveals important challenges in trade with Iraq
» Gholami reveals the proceeds and the quality of Iranian exports to Iraq since last March
» Report reveals the richest 17 political figure in Iraq
» Report's (CIA) reveals that America wanted to attack Syria from Iraq
» Russian report: US-Iranian agreement on the situation of Iraq and the future of Abdul-Mahdi