The Independent .. British Ambassador in Baghdad Stephen Hickey expressed his happiness at the launch of an international meeting to support economic reforms in Iraq.

"It is wonderful to see the meeting of the Group of Seven, the International Monetary Fund, the World Bank, and the Finance Committee in the Iraqi parliament to support economic reform," Hickey said in a tweet on his Twitter page.

He stressed that "international support is crucial at this difficult moment for the Iraqi economy."

The United Kingdom and Iraq launched the Economic Contact Group for Iraq in London to mobilize international support for the Iraqi government's economic reforms.

The blog The British Ambassador announces the launch of an international meeting to support the Iraqi economy appeared first on the independent press.

A number of Iraqis ridiculed the formation of an international financial coalition to support Iraq in the current financial crisis due to resorting to foreign competencies and not relying on Iraqi competencies.
And announced yesterday in London, the establishment of an international financial alliance under the name “Economic Contact Group that includes 7 foreign and Iraqi financial institutions, to provide advice to the Iraqi government to confront the stifling financial crisis. The financial alliance will aim to stimulate international support for an urgent economic reform program that will last for 3 years and at a cost of 6 million pound. And providing global expertise to achieve economic growth and providing international expertise from the public and private sectors to enhance economic stability in Iraq and introduce vital economic changes to drive growth.
The International Financial Alliance to support Iraq includes: America, Britain, Japan, France, Germany, Canada and Italy, in addition to the International Monetary Fund and the World Bank, and from Iraq includes the Ministry of Finance, the Central Bank of Iraq and the Parliamentary Finance Committee.
An economics professor at Basra University, Nabil Al-Marsoumi, said that the establishment of this alliance means the ineffectiveness of the advisory body in the Council of Ministers and the economic teams in the Ministries of Finance and Planning and its inability to find effective solutions to the current financial crisis and the Iraqi government having to contract with foreign authorities to import solutions like other commodities. Which we import from abroad despite the government's release of its white paper, which it sees as an important reform recipe to alter the paths of the Iraqi economy.
On the other hand, the economist, Dr. Maytham Laibi said, the Al-Kazemi project is an international American project, unfortunately, not a national project, and it is a project against the Iranian threat, explaining economically Al-Kazemi presented his reform paper, which is a paper of international institutions subject to its requirements, a paper that needs financial support that can be It is obtained from an international coalition established for this purpose by agreement of a group of superpowers and their institutions, according to a medium-term schedule of 3-5 years .
He explained, "The man (Al-Kazemi) is planning to stay, and his stay is dependent on the opponents’ plans in the coming months that could be plotted against him to bring him down . "
Laibi expected that the economic reform would continue without "tangible" changes in the exchange rate or "sharp" deductions for employees' salaries ... as these sharp and tangible changes could undermine the stability required to implement the reform package . 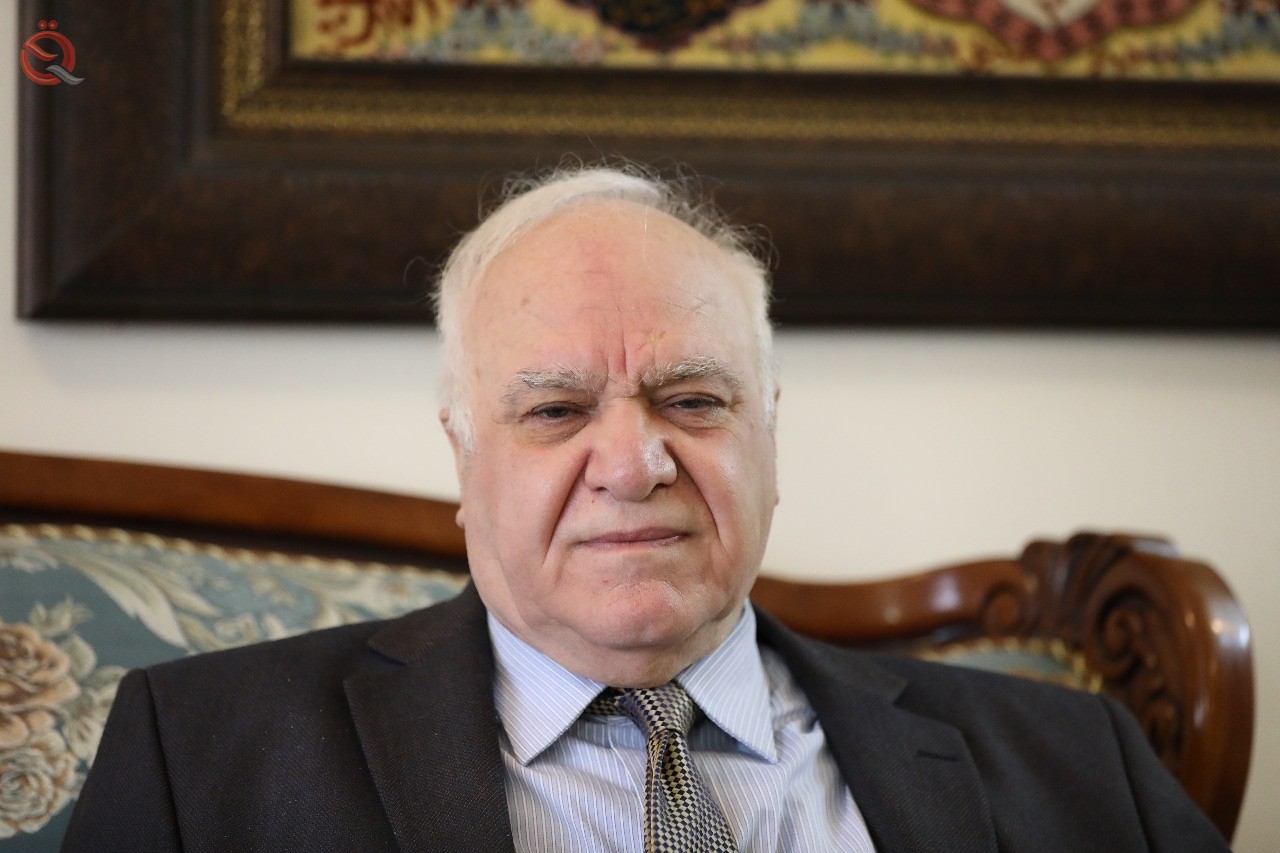 The financial advisor to the Prime Minister, Mazhar Muhammad Saleh, revealed that Iraq desperately needs an international financial and economic alliance to help it in the current financial crisis.
In Britain, during Al-Kazemi's visit, he announced the formation of the Economic Contact Group for Iraq, which is a financial alliance that includes the Group of Seven, the International Monetary Fund, the World Bank, the Central Bank of Iraq, the Ministry of Finance and the Parliamentary Finance Committee.
Saleh said in his speech to "Al-Eqtisad News", " Iraq, due to the Corona pandemic, the crisis of its oil resources, and its harmful repercussions on the national economy, is in dire need of an international financial and economic alliance from the great countries, similar to the statement of the Tokyo Summit of the Seven Big Countries in May 2016, which supported Iraq economically in May 2016." Confronting its economic crisis and fighting ISIS terrorism . "
He added that the former financial alliance form at the Tokyo Conference in 2016 to support Iraq financially and economically to cope with the budget deficit and the balance of payments due to the deterioration 2014-2017 oil prices and the day of Iraq signed an agreement to prepare credit with the International Monetary Fund SBA Fund to provide amount of loan 5.2 billion dollars as well as pledged to the World Bank 3 billion dollars to support the budget, then the Kuwait Conference for the Reconstruction of Iraq was held. In addition to the grants provided by the European Union and others through the United Nations for the reconstruction of areas liberated from terrorism . "

Similar topics
» There is to be a meeting this week to find suitable solutions to support the Iraqi economy
» The United Nations renews its support for Iraq's stabilization program
» From peace to prosperity: The Conference to find out what’s happening for Iraq business.
» Parliament speaker meets with British Ambassador international efforts to support Iraq and BPOs
»  The Central Bank of Iraq announces the success of its efforts to reform the economic environment and achieve stability in prices