Crime and Punishment Iraq: An upcoming reform process in the prison sector due to widespread corruption and violations

Crime and Punishment Iraq: An upcoming reform process in the prison sector due to widespread corruption and violations 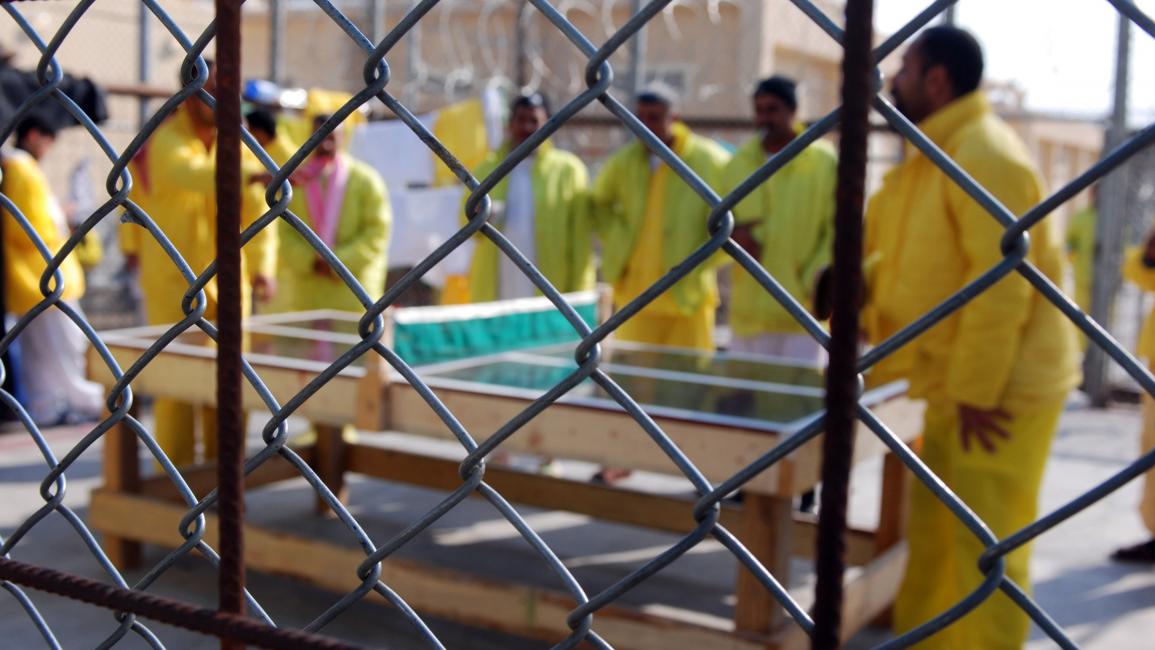 The Iraqi Ministry of Justice is preparing to carry out one of the largest reform processes within the prison sector in the country , after security and other reports issued by integrity committees indicating an escalation in financial corruption crimes and violations inside prisons, including the involvement of prison staff and guards in illegal activities that include extorting prisoners' families in exchange for food. The clothes and the necessary needs for their sentenced children, or interviewing them and ensuring that they receive good treatment, in addition to the spread of the drug promotion phenomenon in a number of these prisons, involving employees and private guards in Basra and Baghdad.


According to a prominent Iraqi official in the ministry, the coming days will witness a wide reform process in the prison sector, including the formation of investigation committees and the referral of officials to eliminate corruption charges, the transfer of employees and guards and their replacement with others.

This official informed the "new Arab", that Minister of Justice Salar Abdul Sattar is supervising the reform process in the prison sector through a committee assigned to it after complaints and reports stating that some of the prisons have turned into centers for selling drugs among inmates and extorting prisoners' families in various ways.

He added that the prisons of Basra, Nasiriyah, Babylon and Baghdad top the list of Iraqi prisons in which various legal violations related to inmates are carried out and prison employees are involved in activities that are part of financial and administrative corruption, starting from blackmailing the inmates 'families, through manipulating prisoners' daily food and ending with promoting drugs or allowing inmates to enter phones and use the Internet. In exchange for money, as well as carrying out activities that are not permitted inside prisons, including meeting people who are not related to the inmates but rather related to certain activities.

He pointed out that the ministry obtained the support of the prime minister to deal with the file, as it involved human rights violations and corruption crimes at the same time.

The Iraqi National Security Adviser, Qasim Al-Araji, held a meeting last Monday with the Minister of Justice, Judge Salar Abdul Sattar. Prisons and prisoners in accordance with international requirements, and that this shall be supervised by specialized professional cadres trained in human rights principles as well as achieving justice.

While a previous report of a local Iraqi newspaper quoted sources in the Iraqi Ministry of Justice, more than 50 complaints arrived to the ministry from Basra prison only, related to the phenomenon of selling drugs in the prison.

He added that "the complaints and news included that the guards affiliated with the practice of selling narcotic pills to inmates," noting that "this matter led to the emergence of mafias that sell these pills."

Earlier, a member of the Human Rights Commission, Ali Al-Bayati, told Al-Arabi Al-Jadeed, "There is evidence of excessive violence being used in Al-Hout Prison, one of the largest prisons in Iraq located in Dhi Qar Governorate, in the south of the country," indicating that they have some documents confirming the occurrence of cases. Death due to torture.

He added that neglect in terms of hygiene, maltreatment, health failures and denial of visits, in addition to malnutrition, are all violations of the right of prisoners, not to mention the sectarian dealings with some prisoners, as it includes some leaders of the Baath Party and others from armed groups that participated in resisting the American occupation.

A member of the Iraqi Civil Coalition, Ahmad Al-Saffar, considered that the reform process inside prisons has become an ethical and humanitarian issue rather than an attempt to control corrupt persons because there are victims among the inmates.

Al-Saffar added that the clearest picture of corruption in prisons is that the guards and employees of the Ministry of Justice pay financial bribes in order to transfer them to a prison in order to obtain financial redemption. Prohibited.

He described the Ministry of Justice as "the monopoly of the Virtue Party within the governmental quota system between the parties for many years, and there is hope for the current minister to reform the current situation."