Having Doubts? Something Important to Consider... (A POST FROM THE PAST)

Having Doubts? Something Important to Consider... (A POST FROM THE PAST)

Something important to consider...

Iraq, just who's plan is this anyway?

You must understand the nature and origin of what is about to take place with regard to the R/V of the Iraqi dinar. It is all part of a sophisticated plan, I am not referring to the Marshall plan or the MacArthur plan but something a little more sinister.


It all started with a plan to steal the natural resources of a country that is arguably the wealthiest in the world in valuable resources, Iraq. All of the corruption by the American government/Wall street pales in comparison to what is taking place in Iraq. Iraq represents the largest heist in the history of the world and it is quite impressive, it is thievery par excellance.

Let me just touch on the subject, I will leave out the details for the sake of this article not turning into a novel.

So how would one go about pulling off such a grand scheme? Find a country of opportunity, Iraq will do just fine since they probably have the largest admitted oil reserves in the world. Let's start by demonizing their government in the media to cast them in an unfavorable light from the start. Then you create a false flag operation like 911 where you orchestrate an attack and then blame it on another country or group. Now everyone hates you and wants your head on a platter.


Then we will go before the U.N. and show the world solid "Proof" that an invasion of this oil-rich country is absolutely necessary because they are harboring Weapons of Mass Destruction, meanwhile the secret printing of Iraq's new currency is already underway by De La Rue. So now we must impose a U.N.S.C. embargo and cripple your economy and more importantly your currency.


Now you are ripe for us taking possession of your land so here comes the cavalry, we invade and occupy the country of Iraq and then install a government of our choosing. While we are bombing out your infrastructure our friends at the D.O.D. are busy handing out no-bid contracts to companies we own and we are making a killing doing it. Next we introduce a new currency that is worth eight and a half times less than toilet paper and while it is so cheap we purchase trillions and hold it in our treasury because we plan on re-valuing it later in the game thereby creating a vast amount of wealth at your expense,Iraq.

Since your new government is a puppet regime and we are the puppet masters we can negotiate purchasing oil credits at a huge discount and pay for it with the new currency that we hold so much of. Now we can invest in the infrastructure of your country and make even more profit. One other benefit is that we can tell the world that we got rid of a brutal dictator and installed a "Democracy" in the middle east. Oh the benevolence!

Looking at the "Authors" of this plan is like going down the rabbit hole of government conspiracies (I do not use the term "Conspiracy theories" because it is just a smear term used to make you feel guilty for using your cognitive reasoning abilities or thinking critically or independently) because you keep seeing the same names and faces all over again. George Herbert Walker Bush, Richard (Dick) Cheney, Alan Greenspan, Paul Bremmer, etc. It is the same old Washington insiders, yes, De Ja Vu' all over again.

My point is this, if you consider who is behind this plan and you recognize the fact that they are utterly ruthless and they are the most powerful people on the planet then you must conclude that this plan will see it's completion with the re-valuing of the Iraqi dinar. Just look at who is in charge.

Those of us who are dinar holders represent a very small percentage as a whole. If you have ever had any doubts as to whether this is reality just consider who it is behind all of this and the tremendous amount of effort that has gone into pulling this off. Still worried? Look who's in charge. You and I are just along for the ride on someone else's plan. Think it won't happen? Hide and watch!

You are so right and so many of us have been blinded for so long. In the scriptures, God says "My people perish for lack of knowledge"

Oh, it's gonna happen - Revelation 18 talks about the rebuilding of Babylon....we are in the right place at the right time and this Blessing is comin down the track like a freight train.....just hold on tight cause it's comin in the the terminal.... 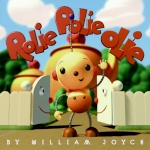 this is your idea and interpretation of the facts....you are wrong. You bash the last administration, so i must assume that you like the current one because you wrote nothing of their involvement. Why hasn't O stopped this? You come up with a factual explanation as to why, then i will reconsider your views on the subject. I know you won't be able to find anything factual, just like you analysis you wrote.

@Duckyboy wrote:this is your idea and interpretation of the facts....you are wrong. You bash the last administration, so i must assume that you like the current one because you wrote nothing of their involvement. Why hasn't O stopped this? You come up with a factual explanation as to why, then i will reconsider your views on the subject. I know you won't be able to find anything factual, just like you analysis you wrote.

Ducky, all of the above is absolutely true nothing was varnished. This present administration, other than those still hanging on since Bush had nothing to do with happened during Bush's 8 years. Has Obama made things worse, absolutely. I think the point GMan is trying to make is that Republican presidents are just as much in the bag of the NWO guys as are the Democrats. As we also know the Democrats merely grease the skids and push things farther/faster because of their progressive ideals. Iraq was a Bush deal starting with his Dad, GHWB and finally pushed farther by GW. Obama has doubled down with Afghanistan and now Libya and where will we be going next. My biggest fear is WW III. OBTW, I voted for Bush twice and have been a conservative forever but one has to stop defending those who do not deserve your defense because it clouds your rear view mirror. :(

Points taken....I worked for GHWB in his 1st campaign and during his administration. For the points where i believe he was right, i will defend him.

@Duckyboy wrote:Points taken....I worked for GHWB in his 1st campaign and during his administration. For the points where i believe he was right, i will defend him.

We should always defend truth. To say that either GHWB or GW did not do some good things would be incorrect, but both IMO did some bad things that were wrong and set this country up for what is happening today. I think we have been side tracked from freedom and liberty for more years than most of us would want to admit because we were not paying attention. The sooner all of us start admitting the truth the closer we come to taking back our country. We are where we are not because of our elected leaders but because of all of us in this country that have sat back and figured the other guy would take care of it. We all need to work on ourselves because as long as American citizens remain unconscious the more they are able to steal our freedoms. This of course is just my opinion.

Page 1 of 1
Permissions in this forum:
You cannot reply to topics in this forum
Who is online?
In total there are 137 users online :: 4 Registered, 0 Hidden and 133 Guests :: 1 Bot