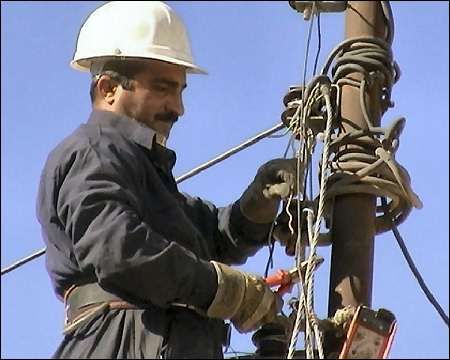 Following a meeting with the Kurdistan Parliament’s Energy and Natural Resources committee, Muhammed promised during a press conference that electricity prices for the public will not change.

The tender will be ready by the end of this year and [the plan] will go into effect, he added.

Muhammad also said that 70 percent of ministry staff will be transferred to the private sector.
We want people to pay only one electricity fee, he added, referring to the fees that many people pay for both national electricity and private generators.

Blackouts are common in Iraqi Kurdistan, especially during high demand months in summer and winter. Many people rely on private generators to fill in the gaps when there is no national power.

The Kurdish region suffers from regular power-cuts and residents rely on private generators to complement the average eight hours per day of electricity that the government provides.

Electricity shortages occur in Iraqi Kurdistan every year during the summer and winter due to increased demand. Despite promises from KRG officials, the long-running electricity issue has not yet been solved.

Iraqi Kurdistan is considered as the most corrupted part of Iraq. According to Kurdish lawmakers and leaked documents billions of dollars are missing from Iraqi Kurdistan’s oil revenues.

The two ruling families of Barzani and Talabani have been routinely accused by critics of amassing huge wealth from oil business for their clans instead of serving the population.