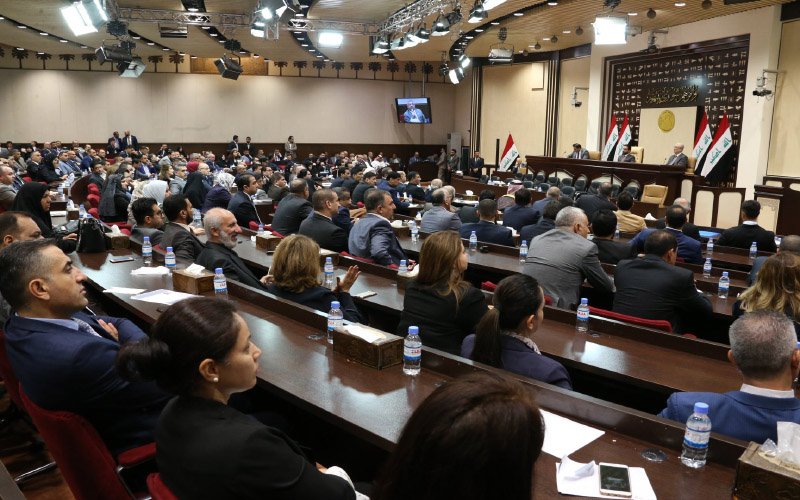 Shafaq News / Member of the Parliamentary Economy and Investment Committee, Nada Shaker Jawdat, revealed on Wednesday that the amount that was specified in the borrowing law amounted to 41 trillion dinars, indicating that the Parliament is working on amending it.

Jawdat said in an interview with Shafaq News agency, "the borrowing law is being studied in the Parliament", adding, " "this amount is huge for such a small period (the remaining three months of the year), as only 51 trillion dinars have been spent during the past nine months. the council of Representatives will approve the law, but only after modifying the amount".

Jawdat indicated, "the government had previously borrowed 15 trillion dinars (from local and foreign sources) to cover the salaries of employees", stressing, "the difficulty of foreign borrowing because there is no country that agrees to lend Iraq in this economic situation it is facing".

The Finance Committee announced on Monday that it had agreed to refer the borrowing law to the Parliament Presidency for its first reading. The Cabinet Secretariat submitted a law draft on financing the fiscal deficit to the council of Representatives, related to internal and external borrowing.

Last month, the government approved the fiscal budget bill draft and submitted it to the Parliament, before withdrawing it again to make amendments and replace it with the Deficit Financing Act.