Iraqi activists and Iranian militias .. The bullets of treachery drive them to leave

Iraqi activists and Iranian militias .. The bullets of treachery drive them to leave 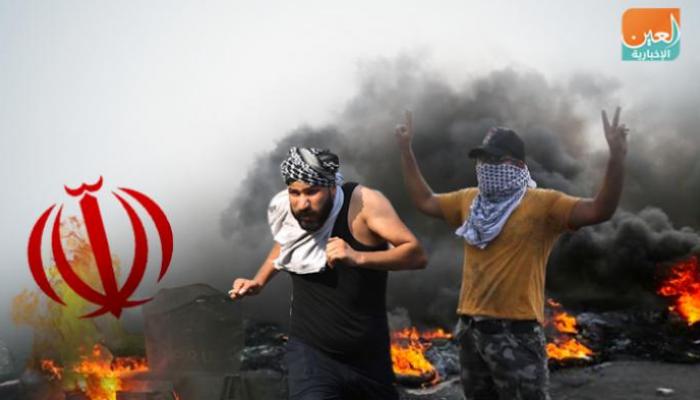 Hassanein Al-Munsid, an Iraqi human rights activist, narrated the scenes of the escape of a number of his fellow human rights defenders out of Iraq as a result of being targeted by Iranian militias.

The vocalist (29 years) stated that during the past years he had ignored death threats due to his human rights activities, but the death of his teacher, Amjad Al-Dahamat, prompted him to leave Iraq late last year, according to "Iran International" station.

The assassination of Reham Yaqoub ... Why does Iran target Iraqi activists?
Will the Iraqi "fury" cut off the hand of Iran's militia?
The human rights activist described to the Persian speaking station from Britain that the current conditions in which human rights defenders live in Iraq have become very difficult and dangerous.

Hassanein Al-Munsid narrated the details of the killing of his teacher, Amjad Al-Dahamat, at the end of last year, after unidentified gunmen fired a hail of bullets on him, and he was killed as soon as he left a security center in the city of Amara in southern Iraq.

The vocalist indicated that the unidentified gunmen used a car with tinted windows and blacked out paintings to assassinate Amjad Dhamat, who was one of the most prominent activists in the popular movement against Iran's interference in Iraq, last summer. 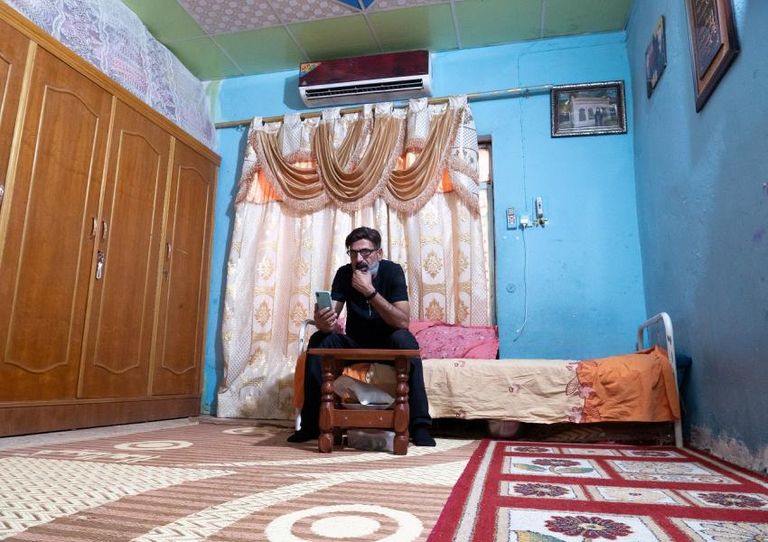 Brother of the late Iraqi activist Amjad Al-Dahamat
The Al-Dahamat assassination is among the dozens of crimes that have prompted many Iraqi civil society activists and journalists to flee the ongoing attacks by militias that control some areas inside the country.

It is noteworthy that human rights activities in Iraq were carried out on a large scale, as they succeeded in educating Iraqis about their political and social rights, such as expressing opinion, voting in elections, and protesting against corruption.

But the recent flight of Iraqi activists from their country has weakened the decades of civilian movements active at home While the independent human rights association "Al-Amal" suggested that the regions of Baghdad and southern Iraq witnessed 44 kidnappings and 74 attempted killings of human rights activists during the past year alone.

The Iraqi Human Rights Foundation has documented 30 assassinations since October 2019, after the outbreak of mass protests to topple the former Iraqi government headed by Adel Abdul Mahdi, who is close to the Iranian regime.

Hassan Wahhab, a member of the Amal Human Rights Association, said that the killing of Iraqi civil society activists has escalated with the start of the protests at the end of last year, indicating that assassination threats by gunmen are still continuing.

Wahab considered that the number of activists leaving Iraq is increasing every day due to assassination threats, which raises fears among activists that they no longer have anyone on the ground.

Seven Iraqi activists who fled their country during the past months revealed that some of them left Iraq due to what they said was the inability of the local police to provide them with protection against the militia targeting them.

It is worth noting that militias linked to political parties, some of them backed by Iran, have tightened their grip on Iraqi state institutions since the US invasion that toppled former President Saddam Hussein in 2003.

The Iraqi Prime Minister Mustafa Al-Kazemi, who took office in May 2020, had promised justice for activists who were assassinated or who were threatened by pro-Iranian militias.

However, the new Iraqi government, which has formed dozens of committees, among its tasks is to determine who is responsible for the killing of protesters and activists, its efforts have not yet resulted in the prosecution of those involved.

An Iraqi government official said in previous press statements that his country's institutions had been penetrated by armed parties and groups that had no interest in punishing the killers of the protesters.

It is noteworthy that the Al-Kazemi government seeks to suppress the influence of the Iranian-backed militias that destabilize the country, as well as limit the illegal proliferation of weapons.
https://al-ain.com/article/iran-iraq-militias-assassinations-human-rights

Similar topics
» IRANIAN FOREIGN MINISTER VISITS BAGHDAD SUNDAY
» Iraqi PM Plans to Include Shiite Militias in Mosul Offensive, Underscoring Iranian Influence
»  Ministry of Oil: Any measure to increase oil production will not be monolithic
» Iranian militias: A threat to Iraq
» US sending more stuff to Iraq only to have it in the hands of Iranian militias