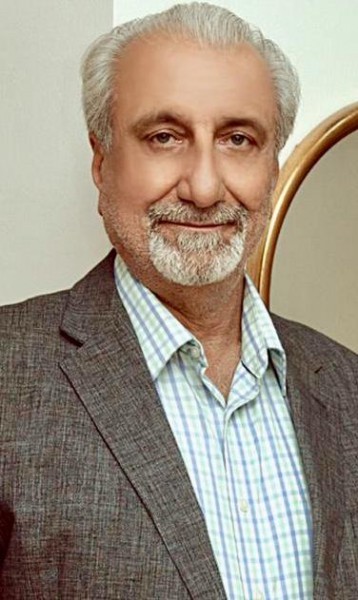 The Kurdistan Region of Iraq plans to construct 11 dams on the Tigris River, according to a leaked document from the Ministry of Water Resources in which it responds to a plan by the Ministry of Agriculture and Water Resources in the Kurdistan Region to establish 11 dams without the knowledge of the federal government and not within the plans of the federal ministries in general, and the plan did not reveal Except some media outlets, expressing the region’s intention to establish these dams, and the Federal Ministry of Water Resources expressed its objection to this scheme, considering that this indicates intentions to acquire water resources similar to what it does from neighboring countries, and the regional government has obligated the use of water specific to all the people of the homeland and the region Part of Iraq.

We know that the Federal Ministry of Water Resources has sensed the risks of what is being planned in the region of using the water war against the rest of Iraq, and thus projects whose financial support is supposed to be from the federal budget as national projects, so how does the region want to resume work on them and who will spend on them, and a description of a procedure The region, with what the neighbors are doing, is intended for Turkey, and the construction of the "Gap" project, which includes the construction of twenty dams on the Tigris River.

America, France and Israel paid the expenses and was designed by an Israeli engineer. There is a plan being prepared to turn water in exchange for oil, as Ethiopia is doing by constructing dams on the Nile River and the repercussions and damages on Sudan and Egypt, while the dam funds are investments paid by America and Israel, and the plan says that 2030 is the year of the water war, and he drew attention to the need to warn about the scheme It will make the land of Iraq a wilderness in the future, not to mention the emigration of millions, and any participation in a media speech, article or tweet represents a national position to protect the country's wealth, and the water crisis constitutes an increase in abundance in all parts of the world in rivers, a theory that needs to be organized, as water is available due to heat and evaporation to be transformed To clouds, then rain, then floods, but we need to organize a competent Ministry for Water Dialogue that can benefit from its abundance.

Iraq, Iran and Turkey are geographically a common area, and currently the Iraqi negotiator in the ministries of foreign affairs and remote resources is weak, and focuses on the overlap of interests and perhaps the effects of those who control the rule in Iraq, and the need for political power, will and ferocity, the amount of evaporation, the speed of flow and the season of flow according to the months of January, February and March And other sporadic months, and the need for ways to regulate the mechanisms of water distribution, regulation and earning, benefiting from it positively by agriculture and generating electric power, getting rid of exceeding the classic standards, and moving towards advanced and beneficial qualitative standards, as industrial concessions reduce financial burdens, and when they are a package of measures and challenges for several areas of agricultural relations And economic and constructional, it produces an Iraqi negotiating power that surpasses the Turkish negotiator's power, and is reflected in the water file positively for the benefit of Iraq.

The Iraqi Kurdistan region is supposed to deal with Turkey, and the one in charge of conducting negotiations must enter into strong direct negotiations as well as with Syria,And assistance at the regional level and an increase in the production and abundance of water, and the need for reservoirs and dams to benefit from it during the days of floods and abundance, and historically the Turks do not listen and respond to public opinion and regional political wisdom except by force, and we repeat the need for people with leadership, ferocity and moral, scientific and mental characteristics, the only real thing that we can control over a crisis Water, as well as a package of measures controlling the stability of water in Iraq, begins with a package of dealings and measures against the two internationals, Iran and Turkey, and they found it important to be a force to make the Iraqi negotiator succeed, and the solution of the water problem is linked to the solution and stability of all problems.

Similar topics
» Minister of Water Resources sets the date for the end of the crisis of water scarcity in the country
» Due to the water crisis, the migration of 4,000 families from the Dhi Qar marshes
» Iraq prohibits eight crops from summer because of the water crisis
» The water crisis pushes Iraq to sue Iran internationally
» Iraqi Council of Representatives discusses the water crisis