Transportation: We are ready to establish an automation system at the border outlets

Transportation: We are ready to establish an automation system at the border outlets 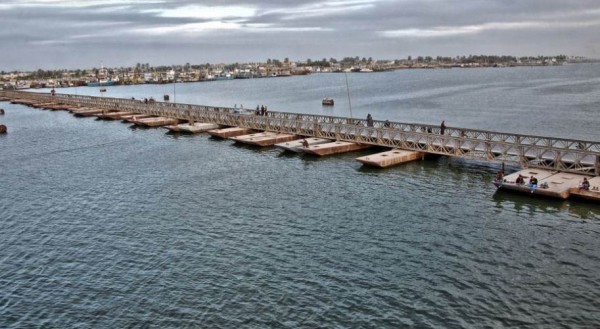 The General Company for the Implementation of Transport and Communications Projects, a company of the Ministry of Transport, addressed the Border Ports Authority regarding the establishment of an automation system at border crossings.

In a statement received (Al-Zaman) yesterday, the company expressed its full readiness to automate all customs and tax procedures and everything related to work in sea ports. The General Company for the Implementation of Transport and Communications Projects expressed its hope that the opinion committee chaired by the Border Ports Authority would be included in the agenda of the next meeting in order to form teams by the two sides to start preparing a study (economic and technical feasibility), noting that the automation file will limit administrative and financial corruption.

It helps in organizational work to the fullest Mr. Zaid Khalil Shaalan, Director General of the Projects Execution Department at the Ministry of Transport, who visited Major General Dr. Omar Adnan Al-Waeli, Head of the Border Ports Authority in his office in Baghdad, said that the offers submitted by our company, which are private and related to the automation of customs procedures in the ports, came in accordance with international standards approved internationally and from specialized and discreet companies To control the movement of trade exchange, taking into account preserving public money and preventing it from being wasted, both intended and unintended. The Ministry of Transport confirmed that river taxis would start working in early next month, and a statement by the ministry stated that (under the direct direction of Minister Nasser Hussein Al-Shibli, and starting next month, the General Company for Maritime Transport, the River Transport Department, will do actual work in river taxi).

And the ministry revealed earlier that Iraq had received 450 dollars, for the fees for the passage of one plane over its airspace.

Al-Shibli said that (the fees for the passage and transit of aircraft over Iraqi airspace amounted to 450 dollars per plane), and added that (the trans-airplanes generate about 121 thousand dollars per day for the state budget), and continued that (the number of aircraft crossing the Iraqi airspace in the month of last September reached 6263 aircraft. ). The General Company for Iraqi Ports announced that the file of the Shatt al-Basra lands belonging to the ports had been decided and referred to the Urban Designs Office.

The general manager of the company, Farhan Al-Fartous, said that (based on Al-Shibli's directives to coordinate work to solve the problem of lands with the concerned departments and distribute them among the deserving employees, a meeting took place with the Governor of Basra, Asaad Abdul Amir Al-Eidani, to discuss the Shatt Al-Basra land file belonging to the company), stressing that (Al-Eidani was instructed during the meeting to the directors of municipalities and municipalities Basra resolved the file of the Shatt al-Basra lands in all its details during the next few months), indicating that (the ports and during the past months worked to find legal solutions with the relevant authorities to resolve the land file)

Similar topics
» Transportation: Establish transit conditions within two weeks
» Border ports confirm the automation of customs procedures with the Saudi side
» Follow-up cell: The government may resort to borrowing and printing currency to provide salaries
» The Ministry of Finance signs a contract for the customs automation system with the United Nations Conference on Trade and Development
» Transportation: Approving the electronic system in the ports