Pauses and Comments on the Reform White Paper - Iyad Al-Samarrai

Pauses and Comments on the Reform White Paper - Iyad Al-Samarrai 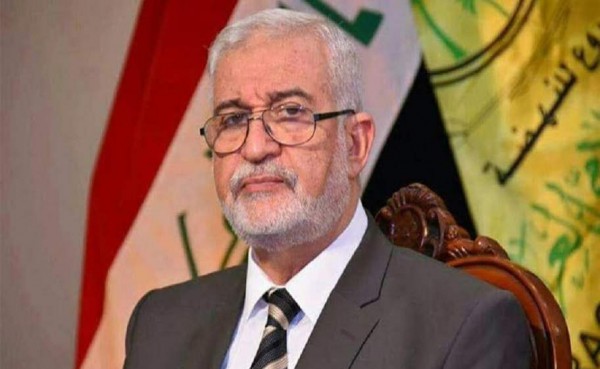 The government presented its reform vision for the economic sector, in what is known as the (White Paper), and after reviewing it, I found it useful to record these observations:

{The paper is a good initiative, incomplete, and sometimes went to a wide generalization, mostly in the paper, and sometimes to a subtle partial detail, such as importing used cars without specifying the controls.

{Iraq imports about five to seven billion dollars of gas annually. There are no accurate statistics, and most of it is from Iran and burns annually about 20-18 billion cubic feet of natural gas associated with oil. If the gas fields in Iraq, which has an estimated fourth gas reserves in the world, were exploited The forefront of gas producing and exporting countries in the world.

The gas associated with burning oil is a product that requires only technical treatment that can be invested in and the results are obtained in a short period, and investing what we buy in a year is sufficient to produce gas from associated with oil that meets Iraq's immediate need and helps to provide job opportunities and one-time investment that saves the state from 4-6 billion dollars annually .

The central bank cannot afford that for more than one year, and after that the bank is unable to cover the value of imports, so why not hurry to impose restrictions on imports to balance exports ?!

{The paper indicated the need to reduce the price of the Iraqi dinar, but Iraq is a consumer country for almost all of its needs, so this means a sharp rise in prices, some of them are real, some of them are fabricated, and there will not be a sector that will not rise. Low is this what we want?

{The white paper dealt with the process of developing management and introducing government and electronic systems, and this is a talk that has been in circulation for years and we have not found anything, and Iraq is one of the most backward countries in the third world in this field, so will we really see anything new?

We will believe the government and commit it to what it has committed itself to.

{Private banks have become personal banking shops and have exceeded forty, and this does not qualify them to play a real role in developing the economy. A clear and long-term plan must be drawn up so that we have an effective banking system that has an impact on developing the economy. Deposit guarantee is a condition for any development of the banking system, and the banking system will not develop except with the guarantee of deposits and freedom of deposit and withdrawal, and many people keep a large percentage of their money in particular for free disposal, and this situation must be addressed and confidence in banks is strengthened.

{The Iraqi citizen consumes 30 percent of his income on food, and this is the largest sector that the Iraqi economy can meet quickly through quick and resolute measures.

{The government should not be satisfied with being supportive of the agricultural sector as the paper adopted, but rather it should be an initiative, pioneering and planned to achieve agricultural sufficiency by a large percentage.

{Unequal trade exchange is a tangible phenomenon, and Turkey, Iran, China and Korea almost dominate the Iraqi market. What is the value of our exports to them, and why do China's imports of crude oil from Angola exceed its imports from Iraq’s oil by nearly 50 percent ?, And why are Turkey's imports of Iraqi crude oil low compared to Its food and industrial exports are to us, and the same is said with Iran, were it not that Iraq does not have an export advantage with it.

{Reports by the Ministry of Oil mention that domestic consumption of crude oil is close to one million barrels per day. If we made a comparison between Iraq and other countries that are similar to Iraq in its circumstances, we would find that this amount is greatly exaggerated, especially since Iraq is still importing gas and other oil products. So does Iraq really consume a million barrels of oil? Raw daily or is there a hidden secret?

{Public sector companies employ 60,000 workers in them, and they hardly produce anything, while at an earlier stage they used to produce almost everything, buildings are still standing and much of the equipment is abandoned. What was mentioned in the white paper is not enough. We are waiting for the government to present a new paper that specifies what companies and all factories will do and what they will do. As for what was mentioned in the white paper, it is a repetition of a boring talk that we have been hearing for years, so we hope that the Minister of Industry and his staff will roll up their hands. And see what they will do.

Could the government not issue legislation requiring every house whose land area exceeds 200 square meters to install a solar system to generate electricity and another to heat water?

Or is it possible for some public sector companies with an engineering specialization to turn to the production of solar panels and systems by agreement with one of the appropriate international companies in order to reduce import costs?

The announcement of the White Paper raises several problems. Often long-term reforms have been exposed to the paper and may not all be achieved during the maximum period set by the government, which is five years. As for the urgent measures, they were limited and not clear enough, and they raise many concerns.

Will the government reduce the price of the dinar, and what is the reduction rate? The paper did not deny this, and this will result in a measure that the government does not want and will further complicate the economic situation, represented by citizens withdrawing their savings from banks and converting them into dollars, and this will add pressure on the central bank, which is now under severe pressure.

Lowering the price of the local currency will benefit economies that have diversified, large and multiple local production, and high rates of export because it will enhance their position and ability in competing global markets. As for the single economy, such as the Iraqi economy, it will witness a rapid rise in prices.

{The other quick options that the government could take but did not focus on are increasing customs duties and high rates on luxuries. This will increase imports and reduce imports, and thus will preserve Iraq's hard currency balance.

{The adoption of a very urgent plan to expand and protect local production is very necessary, and it is a plan that we must find its effects within a few months. The government has recognized that the continuation of the current situation means that Iraq will lose most of its hard currency reserves, and what we are calling for today by a planned pre-emptive action that the state will be forced into in a confused manner and with repercussions. Very poor popularity.

Similar topics
» A new reform paper from Parliament ... to be combined with the white paper
» The White Paper for Economic Reform:
» Al-Kazemi: The reform white paper represents the beginning of an expanded economic reform
» Countries and global institutions, including the G7, the EU, the @WorldBank and the IMF have pledged their support for the @IraqiGovt reform programme outlined in the White Paper for Economic Reform:
» "The White Reform Paper" is the only solution to the "Salaries Crisis", MP says