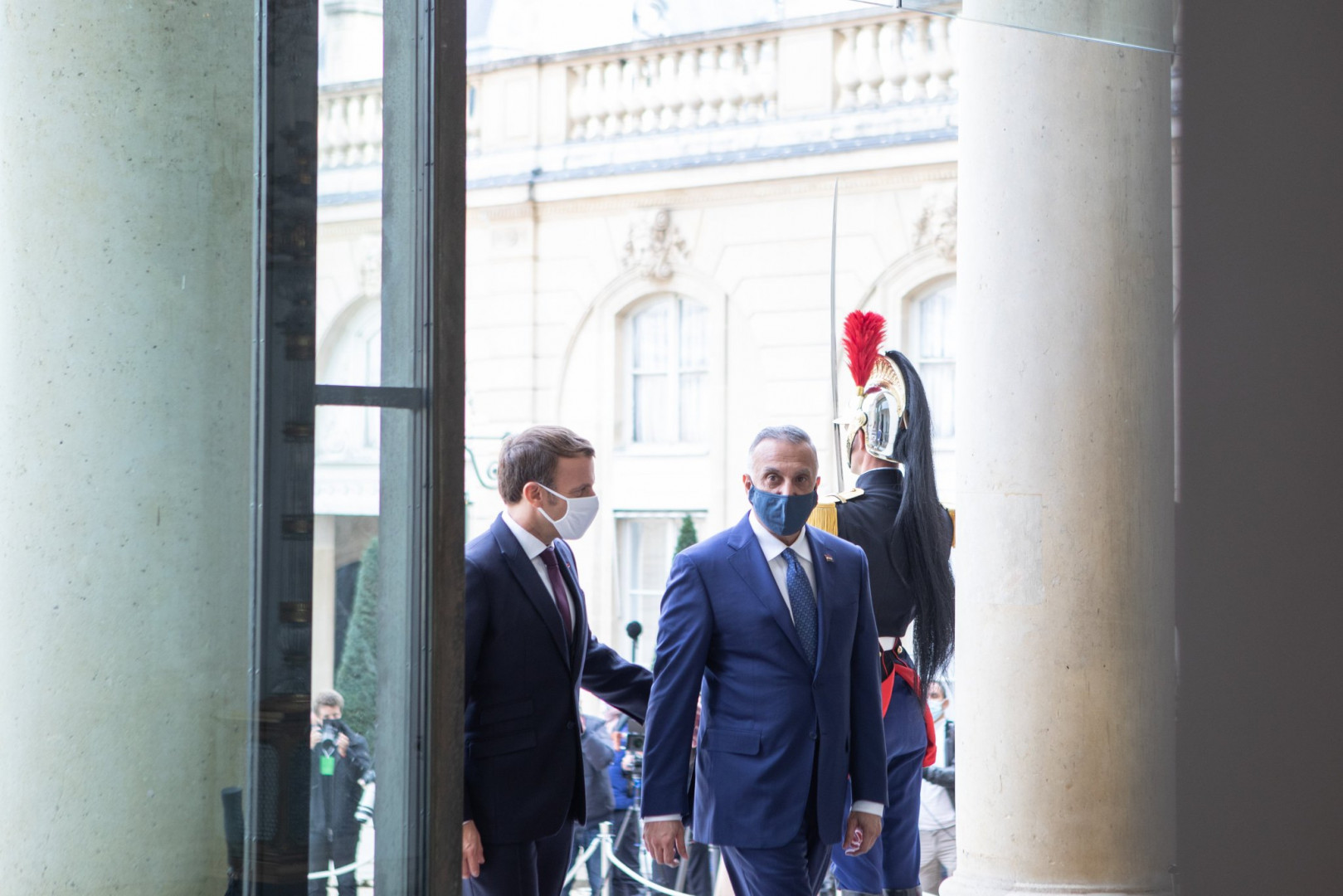 Shafaq News / French President Emmanuel Macron said on Monday that fighting what he described as "Islamic terrorism" guarantees the sovereignty of Iraq.
Macron added in a tweet to him on Twitter, "combatting Islamic terrorism means fighting the enemy from its roots", adding, "It also guarantees the stability the sovereignty of Iraq requires. "
The Iraqi Prime Minister, Mustafa Al-Kadhimi, commended on Monday France's efforts to launch an initiative to support the Iraqi government in implementing some paragraphs of its government reform program.
Al-Kadhimi met, at the Elysee Palace in the capital, Paris, the French President, Emmanuel Macron, as part of his current European tour that includes a visit to France, Germany and the UK.
https://shafaq.com/en/Iraq-News/Macron-combatting-Islamic-terrorism-guarantees-the-sovereignty-of-Iraq

Similar topics
» Doubling Down on a Doubtful Strategy--Why the current U.S. plan to win back Iraq only guarantees the Islamic State won’t be defeated.
» Abadi calls on all countries to participate in the international coalition against terrorism and respect for Iraq's sovereignty Prime Minister Haider al-Abadi
» Saleh Macron by phone: The need to ease regional tensions and continue fighting terrorism
» Barham Salih, commenting on the bombing of Erbil: It is the battle of the state and sovereignty against terrorism and outlaws
» Director of Al-Nahrain Islamic Bank for «Economy News»: 5 trillion dinars Islamic banking volume in Iraq