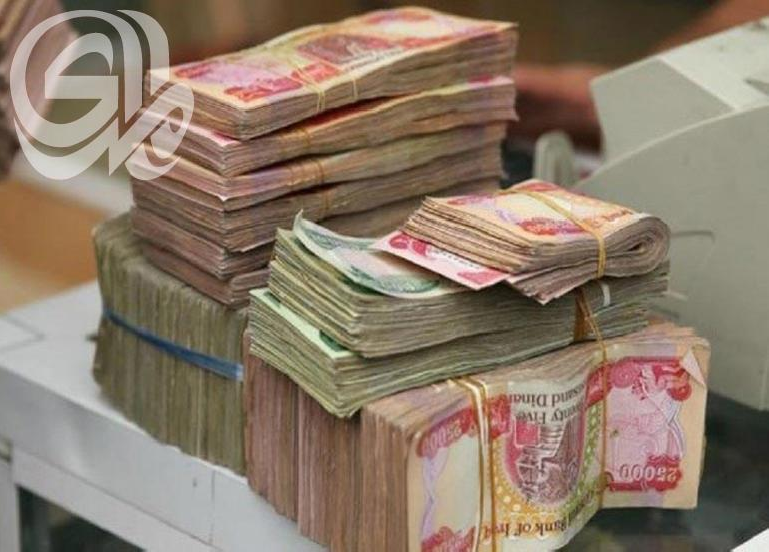 The proposal to reduce the value of the Iraqi dinar against the dollar is still one of the solutions proposed to secure the salaries of employees and retirees and social care for the remaining months of the current year.

The government has also begun to study other proposals, most notably the abolition of salary allocations or reducing salaries to 50%.

Surprisingly, the dollar’s ​​exchange rate rose three days ago in the stock market and local markets, before gradually declining again during the past few hours.

The circumstances of the financial crisis and the collapse of oil prices in global markets and the repercussions of the Coronavirus pandemic prompted Mustafa Al-Kazemi's government to review the financial policy in Iraq in order to overcome the financial distress threatening the Iraqi economy.

The appearance of Muhammad Saleh, the financial advisor to the Prime Minister, in an interview with Al-Mada, explains the reasons for the high exchange rate of the dollar during the past two days, saying that "the money market in Iraq is sensitive and affected by information and economic and political news, which is reflected in the demand and supply process for the dollar."

Saleh, who is an advisor who has accompanied the third prime minister since 2014, added, "We are a cash payments community that does not deal in instruments or bank transfers. Therefore, this (monetary) policy has affected the supply and demand for the dollar," adding that "the lack of revenues from foreign currency due to the drop in oil prices in Global markets were met by an increase in the purchase of the dollar, and this is the reason for the high exchange rate of the dollar in the markets. "

Saleh explains that "90% of the foreign currency window in the Central Bank is foreign remittances to finance foreign trade to the private sector and 10% of it is for the cash dollar that the bank sells to banking companies, banks, and areas of market feeding."

The government advisor estimates, "The stock of foreign currency that people have (not deposited in banks or banks) ranges between (7 to 10) billion dollars, and therefore these large numbers are affected by rumors, news and information that may also cause an increase in the exchange rate."

For his part, the Central Bank explained that the recent statements regarding (lowering the exchange rate of the Iraqi dinar against the dollar) represent the viewpoint of those who stated it and do not represent the official position of the Central Bank, and this was accompanied by a number of rumors launched by speculators, which affected the price (temporarily). ). "The exchange rate is fixed and unchanged, and its monetary policy is clear and transparent. Knowing that the foreign currency reserves are very good according to all international indicators, in a way that enables them to overcome the current crisis the country is going through." The statement called on the media to "approve the sources of the Central Bank exclusively in this regard."

During the past few hours, the exchange rates of the dollar fell against the Iraqi dinar in the main stock market and local markets.

On the other hand, the economist Majid Al-Suri shows that "one of the paragraphs in the white paper sent by the government to Parliament indicates an intention to study the possibility of raising the value of the dollar exchange rate while maintaining the monetary policy and the stability of the value of the dinar," considering that these "solutions are more dangerous than reducing salaries." ".

Al-Suri added in a statement to (Al-Mada): "The meaning of devaluation is to reduce the value of salaries indirectly, and all incomes that enter the Iraqi people, and it will also affect those with limited incomes and the poor classes through rising commodity prices."

He explains that, "If the value of the dinar is reduced by 25%, the prices will be multiplied by a factor of about 40 to 50%." We resort to it to reduce the exchange rate. "

The picture confirms that "the government did not present a direct proposal calling for the reduction of the value of the dinar, but one of the proposals adopted by the government in its white paper is to reduce the exchange rate of the Iraqi dinar against the dollar." The white paper sent by the government to Parliament proposes imposing a reduction in wages and salaries from 25% of GDP, which will decrease to 12.5% ​​within three years, and reforming the pension fund so that it is not linked to the budget and pension salaries are paid directly from the fund. It also called for reducing financial support for state-owned companies by 30% every year for three years, reducing total government support from 13% of GDP to 5% within three years, and restructuring the public salary scale by stopping new recruitment and replacement operations in The public sector, setting a ceiling for employees ’salaries in a way that achieves fairness and reduces differences, and applying income tax to employee allocations, incentives, bonuses, and others.

The economist says that one of the reasons for the exchange rate rise is "irresponsible statements that dealt with the issue that the government will move towards reducing the exchange rate," adding that "other things that contributed to the increase in the price of selling the dollar are the lack of political or security stability, which led to the rise in the price." The dollar and commodities. "

He adds that "among the solutions or options presented is to reduce operating expenses and reduce salaries over three years from 25% of GDP to 12.5%, meaning that the reduction is around 50%," believing that "this measure will save large parts of the Iraqi people." From the price inflation crisis. " He points out that "among the proposals put forward is also to increase financial resources from non-oil, such as ports and direct and indirect taxes, and to activate the public, private and mixed sectors, and to activate industry and agriculture, which will lead to employment of manpower and thus will lead to an increase in taxes."

He adds that "among the proposals presented to the central bank, which it rejected is to raise the exchange rate," noting that "this option is one of the last options that the central bank may resort to in the absence of other solutions to address the financial crisis."