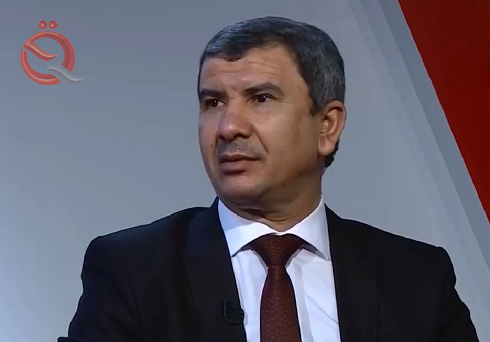 On Saturday, the Committee to Monitor the Implementation of the Governmental Program discussed with the Minister of Oil Ihssan Abdul-Jabbar the possibility of increasing oil exports, after the country's economy was affected by the commitment to the decision of `` OPEC + ''.

The Minister of Oil, Ihssan Abdul-Jabbar, presented a paper to the House of Representatives containing a vision about the Iraqi economy after the era of the Corona virus.

The Parliament's Media Department said in a statement seen by "Al-Iktissad News", that "the committee to monitor the implementation of the government program headed by Deputy Hazem Al-Khalidi hosted Oil Minister Ihsan Abdul-Jabbar and his accompanying delegation."

Al-Khalidi stressed, according to the statement, "the importance of developing the oil sector in Iraq, good management of wealth, not relying solely on selling crude oil, moving towards a free, non-rentier economy, revitalizing the private sector and providing all facilities to it."

The committee explained that "the current economic crisis requires quick solutions and the development of practical plans that take into account the exceptional circumstance. It is not possible to continue the current situation without concerted efforts between the authorities, as the parliament is ready to legislate any law that facilitates the ministry's management of oil wealth in a way that guarantees avoiding such crises in the future."

The statement continued, "The committee discussed the ministry’s plans for developing the gas sector and investing it in the right way without relying on importing it from neighboring countries and for Iraq to be an exporter of gas, as well as the petrochemical project that will contribute to the rise of the industrial sector, operate factories and provide thousands of job opportunities for young people." .

According to the statement, the committee touched on “the agreement with OPEC regarding Iraq's commitment to reduce its share of oil exports in the shadow of the economic and health crisis imposed by the Corona pandemic from a drop in global oil prices. An exceptional economic impact imposed by the pandemic, as well as the negative effects the war left on the terrorist organization ISIS.

For his part, the Minister of Oil answered "the members’ questions, the most important problems and obstacles facing the ministry and its plans regarding increasing production and oil development projects in the provinces. "

According to the statement, the oil minister presented to the committee, "a paper that included the ministry's philosophy regarding the Iraqi economy after Covid-19 and the drop in oil prices and its vision for the period from 2020-2030, in addition to the ministry’s endeavor to attract major companies and transfer successful economic experiences to Iraq."

Similar topics
» Med & mailman17's chat 2-2-12 (Iran sabotaging Iraqs Economy to save theirs)
» Oil announces preliminary statistical exports in April and emphasizes the highest rate since the eighties investigation
» UN Expert emphasizes banking sector's role in Iraqi economy
» UN expert emphasizes the banking sector’s role in Iraqi economy
» Keywords: public expenditure did not contribute to the expansion of the productive base and did not achieve any developing economy