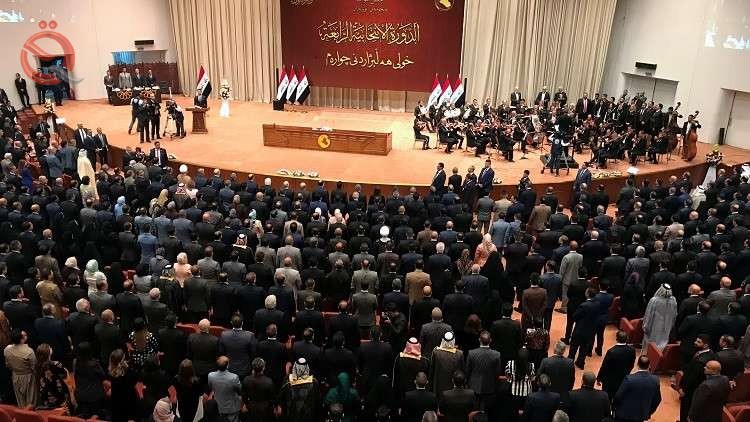 The Iraqi Parliament during a session in Baghdad. Reuters

Jamal Cougar said that the law on financing the fiscal deficit in the 2020 budget will be passed in the House of Representatives, but after amendments to the law.

He added that the salaries of employees will not face any deductions. Rather, deductions will affect the special and higher ranks and MPs.

The government of Mustafa Al-Kazemi may raise the internal debt to more than 111 trillion dinars if Parliament approves the second borrowing bill, which includes borrowing 41 trillion dinars to cover the fiscal deficit for the coming months .

The government of Mustafa Al-Kazemi, the first government in the history of Iraq, to ​​introduce two borrowing laws in one year, and its refusal to legislate the budget law for 2020 .

Until last August, the internal debt was 52 trillion dinars, but over the past few days, the sovereign guarantees that were granted to private investors, who borrowed from various financial sources, were 14 trillion dinars, in addition to 10 trillion dinars borrowed during the past two months. To pay employees' salaries .

Continuing the borrowing policy will lead to an increase in inflation in the local market, and a rise in the prices of goods, which will affect the poor, whose proportion exceeds 30% of the Iraqi population .

The government is facing a large deficit in salaries, as it resorted to borrowing for fear of the downfall of the current political system, which most of the Iraqi people are angry with, and it did not resort to other options, for example reducing public spending, especially in the three presidencies, in which the door to employment is still open .