Kadhimi "will hold several meetings with senior officials in these three countries, and discuss...ways to enhance joint cooperation between Iraq and their countries in various fields, especially the economic, security and health fields," according to a statement from the Iraqi prime minister's media office.

The Iraqi premier, accompanied by a delegation of ministers and heads of independent bodies, will first touch down in Paris.

Kadhimi spoke to French foreign minister Jean Yves Le Drian on October 7, when Le Drian reaffirmed French support for Iraq's "stability, sovereignty and integrity" in the face of attacks on diplomatic and civilian targets, and the "international efforts in the fight against Daesh [Islamic State]," according to a statement from the French foreign ministry.

Le Drian described Kadhimi's upcoming visit as "the time to reinforce France's support for Iraq and deepen the strategic partnership between the two countries in all fields".

Kadhimi's Europe tour comes as Iraq is gripped by an economic crisis, exacerbated by a drop in oil prices and the global coronavirus pandemic, and attacks on diplomatic missions by Iran-backed militia groups that have been met with international condemnation.

Chancellor of Germany Angela Merkel is scheduled to receive Kadhimi in Berlin on Tuesday, where the two will discuss "bilateral relations", "economic cooperation," and efforts to contain the coronavirus pandemic, as well as the "joint fight against IS [Islamic State]," according to a statement released Friday by the German cabinet.

Iraqi foreign minister Fuad Hussein toured Europe last month, meeting with his French and German counterparts in talks that focused on Iraq's security and the economy.

In a Berlin press conference with German foreign minister Heiko Maas, Hussein said Iraq stills needs the training, advice, and support of Germany and other members of the US-led Coalition to fight the Islamic State (ISIS) group in the country – days after Washington announced it would pull more than 2,000 troops out of Iraq.

Although Iraq announced the territorial defeat of ISIS in Iraq in December 2017, remnants of the group have returned to their earlier insurgency tactics, ambushing security forces, kidnapping and executing suspected informants, and extorting money from vulnerable rural populations.

The German government announced in September 2019 that it would extend its mission with the Coalition until October 2020, but would reduce its total number of troops across the Middle East from 800 to 700.

This year, the Coalition has scaled back its presence in Iraq, handing over bases and equipment to Iraqi forces. Last month, the United States announced it would reduce the number of American troops in Iraq from 5,200 to 3,000, citing the Iraqi security forces' improved capabilities.

In France, Hussein told Rudaw's correspondent Zinar Shino that he requested European countries send foreign observers to the country for the early election in June 2021, to increase confidence in its results.

Iraq held a parliamentary election on May 12, 2018, but many questioned the results and investigations against fraud were launched. It took the political parties months to form a new government led by Adil Abdul-Mahdi, who announced his resignation late in November 2019 but stayed in the position until Kadhimi took helm of the premiership in May 2020.
President of France Emmanuel Macron visited Baghdad on September 2 for meetings with top Iraq and Kurdistan Region officials to discuss security and political reform.

Re: Iraq's PM Kadhimi takes off for European tour

Head of CBI to participate in Al-Kadhimi's visit to Europe 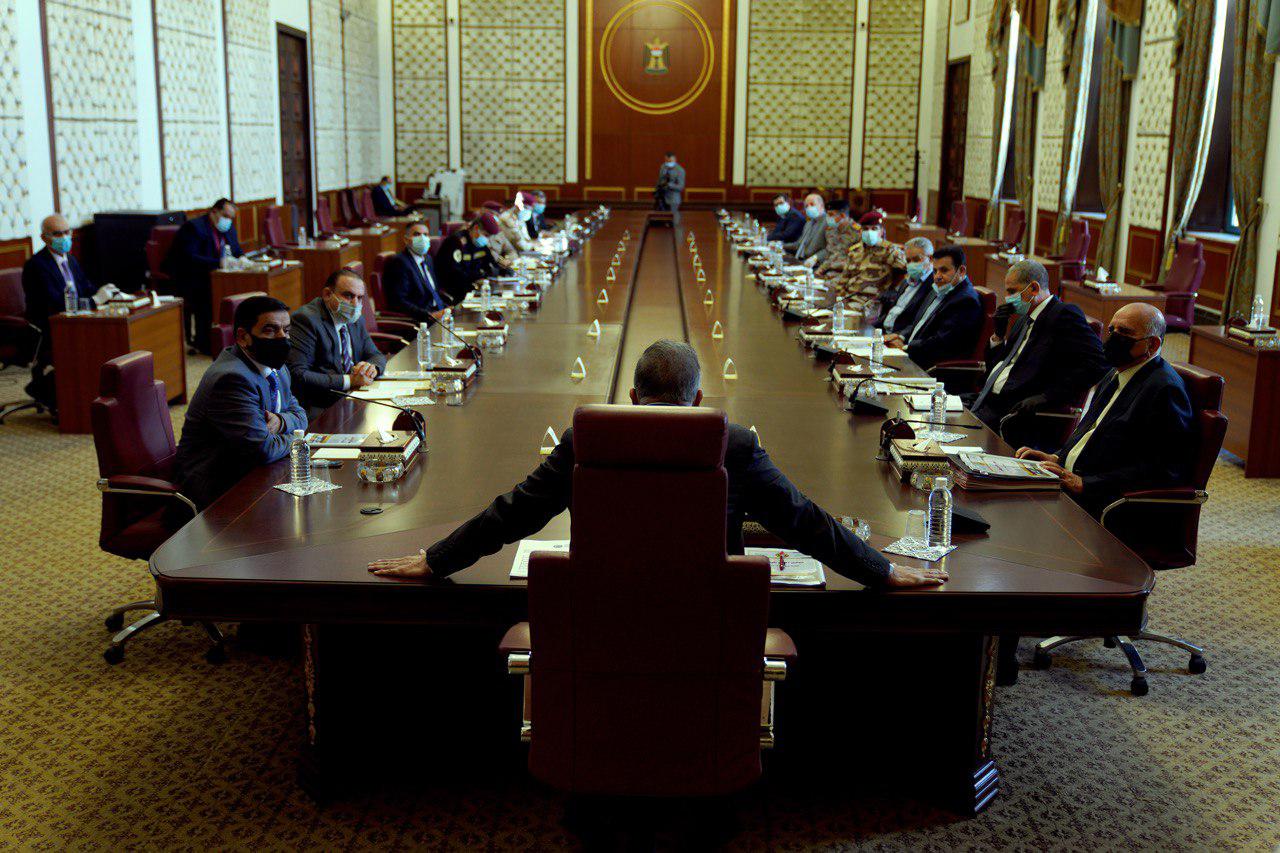 Shafaq News / The Central Bank of Iraq revealed on Sunday that its governor is part of the delegation headed by Prime Minister Mustafa Al-Kadhimi to visit several European countries.

A statement by the Media Office of the Central Bank of Iraq said," the governor of the bank, Mustafa Ghaleb Mukhaif, will participate in the four-day visit to discuss several files of common issues, especially removing Iraq from the European Union's high-risk list, as well as discussing the development of banking relations and financial investment between Iraq and these countries".

A government source previously reported that the Iraqi Prime Minister will be conducting in a European tour (London, Paris and Berlin), accompanied by a high-level government delegation, during which several agreements will be concluded.