We still ask, what is the duty of the Peshmerga if they do not respond to the Turkish aggression?

We still ask, what is the duty of the Peshmerga if they do not respond to the Turkish aggression? 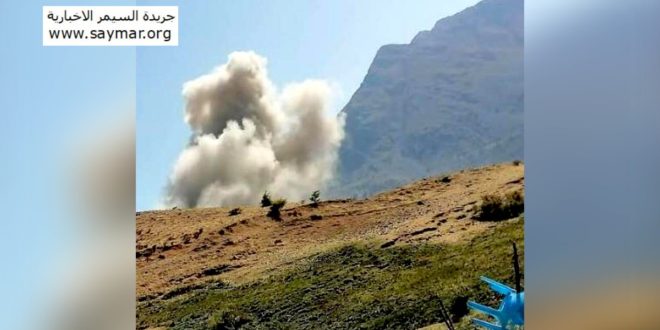 We still ask, what is the duty of the Peshmerga if they do not respond to the Turkish aggression? ... Turkish fighters bomb Erbil and set fire to mountainous areas

Semer / Vienna / Thursday 15. 10. 2020 - On Thursday, Turkish warplanes launched air strikes at two different times, targeting the "Bradost" region in the northern province of Erbil, the capital of the Kurdistan Region.
Eyewitnesses said that the Turkish fighters launched shelling at 10:30 in the morning and 11:30 in the morning in the aforementioned area.


According to witnesses, the planes bombed the villages of Birkum and Seneen, causing panic among the residents, and setting fire to mountainous areas. Until now, the damage caused to the PKK elements as a result of this bombing is not known.