As the country continues to grapple with the aftermath of the Islamic State insurgency, revolutionizing the country’s energy sector could be the key to long-term security. 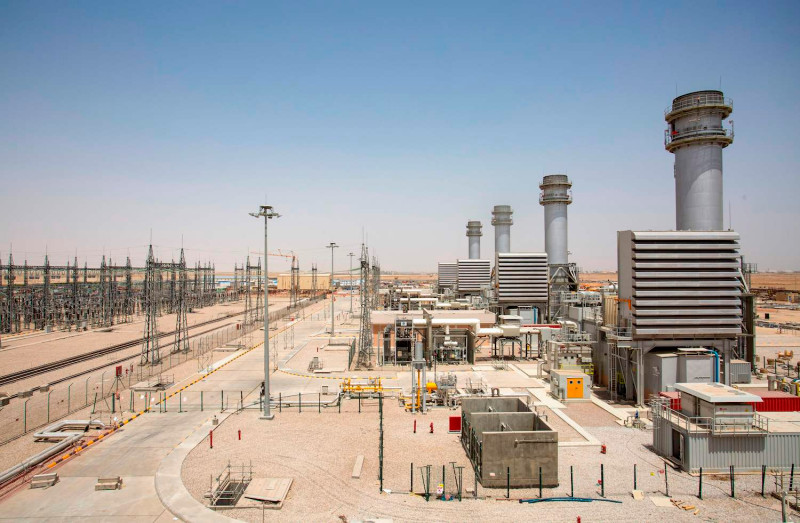 Iraq sits on one of the world’s largest oil reserves, making it a major regional and international actor. But as the world’s economy transitions away from reliance on fossil fuels and toward more sustainable sources of power, it has become a top priority in Iraq to also transition away from its dependency on the petrodollar. During my 18-month tenure as Iraq’s Minister of Electricity (October 2018-May 2020), my colleagues and I worked to initiate concrete steps to electrify Iraq’s vital energy sector in order to help stabilize the country in the aftermath of the fight against the Islamic State and guarantee its long-term status as a regional hub of energy.

Our logic was straightforward: In order to electrify Iraq’s national economy, it was imperative to work toward a power renaissance, a national development policy aimed at reversing an annual $30 billion in lost opportunity costs in the energy sector and ultimately acting as a force for greater stability and economic prosperity. In order to physically generate more power, it was also crucial to balance what was then an exceptionally unfair and unhealthy degree of competition between multinational corporations that hindered progress and delayed deliverables.

Iraq’s power sector suffers from a plethora of problems. The country’s complex bureaucracy often hinders progress by focusing on ineffective short-term micro-technical solutions, instead of longer-term macro-institutional reforms. There is also a chronic inability to manage raw material for fuel in tandem with other energy portfolios and the wider business value chain. The sector is susceptible to the conflicting agendas of Iraq’s wide array of political actors that undermine a unified national vision for running it, entrenching it in mismanagement, and miring it in corruption.   In order to electrify Iraq’s national economy, it was imperative to work toward a power renaissance.

Upon taking office in October 2018, we promptly became aware that Iraq had received a series of road maps from foreign entities that offered guidelines for electrifying the country. These included proposals from Siemens of Germany, General Electric of the United States, and various others from Chinese and regional companies. These proposals proved valuable, but the country ultimately needed an Iraqi national road map.

Working with both multilateral organizations and our partners in the region and beyond, we strove to realize the aim of an Iraqi roadmap while cherry-picking the best commercial options to complement the national plan. As a result, our national development plan had both domestic and international dimensions.

An Iraqi road map needed to strike a balance between Iraq’s immediate energy requirements—namely, a reliable power supply for all Iraqis—and ambitious targets for energy independence, to be reached by 2030. We also planned to ensure that the latter would be sustainable, by moving toward management of the fuel mix with a focus on gas to power as well as generating 30 percent of the country’s power supply from renewable resources.

Our efforts held broad transformative potential for Iraq, both in terms of governance and so-called Ease of Doing Business, a metric used by the World Bank to assess an environment’s suitability for foreign business. We always took into consideration the harmonization and alignment of federal and provincial dynamics of governance. This dynamic dovetails with the larger vision of opening traditionally government-held sectors to the local private sector and international conglomerates. As part of this process, we sought to streamline and accelerate the privatization of state-owned enterprises.

Our plan also went directly to the heart of Iraq’s foreign policy. To realize our aim of electrifying the Iraqi economy and achieving sustainable energy independence, we had to delicately leverage the country’s regional relationships to create wider inter-connectivity between Iraq and other sources of electricity in the Middle East in order to reduce our dependency on Iranian electricity. Our strategy was focused on turning Iraq into an energy hub and a vibrant utility market for the region, with grid interconnectivity. Such an endeavor could make Iraq a regional energy hub for decades to come, maximizing its place in regional geopolitics.

There is also the separate but related security dimension. Keeping the lights on does not merely enable economic progress. It also strengthens the country’s national security because it both bolsters the state’s capacity to defeat threats and also sustains its victory in areas liberated from the Islamic State, which is especially important as it tries to boost its legitimacy among those who might be susceptible to the ideology of armed groups. Iraq’s stability is an integral part of global security, and the international community must support efforts in Iraq to achieve energy stability.

This dimension is also international. Power provision acts as a buffer against extremism by building and supporting local economies that prevent internal mass displacement and an exodus of refugees at regional levels. This issue affects the welfare of countries beyond Iraq, especially in Europe, and otherwise it could lead to the recurrence of the Islamic State.

We successfully delivered electricity to liberated provinces and fast-tracked the development of major projects in the middle and southern provinces. But although many of these projects were completed, they require the attention and due diligence of future governments to be maintained and expanded. In this equation, it is not only imperative for Iraq to achieve a power renaissance but also for the international community to aid it, especially considering the broader international implications.

Iraq’s stability is an integral part of global security, and the international community must support efforts in Iraq to achieve energy stability in order to advance regional security. Failing to work toward this objective could jeopardize Iraq’s security and thereby upend the uneasy sense of peace that the region has generally settled into since the defeat of the Islamic State. A stable Iraq upholds the world’s energy security and, by extension, the global economy.

Achieving long-term energy security in Iraq should not be exclusively Iraq’s priority; it must be part of a broader effort by the international community to secure peace and stability in the country and beyond. As the world continues to grapple with the economic fallout of the coronavirus pandemic and considers a future in which climate change is an everyday reality, helping to transform Iraq could be the first step in a wider effort to prepare the world for a new future.