A family of Iraqi asylum seekers tried to enter Germany on a private jet using fake diplomatic passports, authorities say. The mother, father and two children aged seven and 12 flew into Munich on a Hawker Beechcraft chartered private plane from Istanbul last week. On arrival, they claimed to be diplomats from the Caribbean nation of St Kitts and Nevis, who were travelling on to Dominica after a night in Germany.

However, they drew suspicion because they spoke no English or French - and their diplomatic papers turned out to be forgeries. 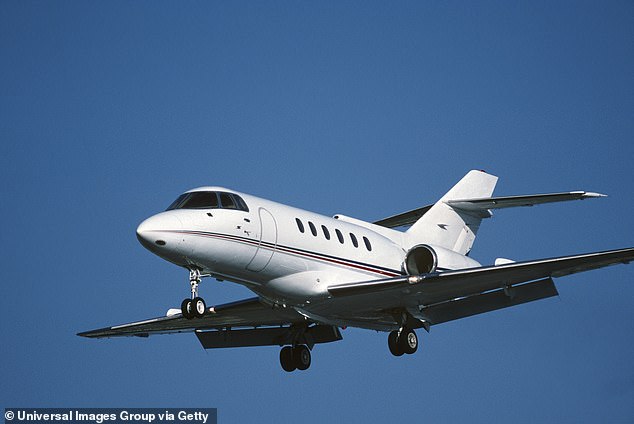 The mother, father and two children aged seven and 12 flew into Munich on a Hawker Beechcraft chartered private plane from Istanbul last week. Stock image of a Hawker jet pictured above

Speaking to FOCUS, police spokesman Christian Köglmeier said there had 'never been an incident like this' at Munich's airport.  The family's lack of language skills was suspicious because French is a common diplomatic language and English a global language, he said.


Karl-Heinz Blümel, the head of the German federal police, described it as a 'very unusual case'.
'But officers were very alert and uncovered the matter with excellent police instinct,' he added.
After the alarm was raised, authorities were quickly able to establish that the documents had been faked.
Once the scam was revealed, the 12-year-old son reportedly explained in broken English how the family was seeking asylum in Germany.


They were then interviewed with a translator, revealing how the family was taking refuge from a strict grandfather who wanted the young girl circumcised. 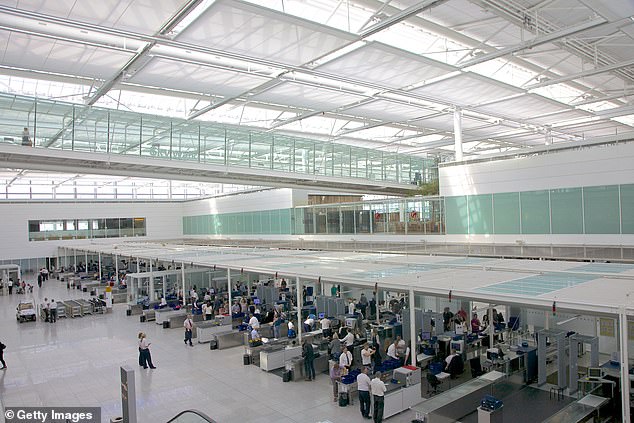 The Iraqi family flew into Munich airport, pictured above, where suspicious were raised
Female genital mutilation (FGM), which has been outlawed in the UK and much of Europe, is still practised in parts of northern Iraq including the Kurdish-controlled provinces of Erbil and Sulaimaniyah.  To escape from him, the family said they sold all their belongings for €60,000 in Iraq and gave the money to human traffickers to take them to Germany.


It is believed the family had planned to go into hiding in Germany after entering with the forged passports.
The parents, named as 49-year-old Shwana and 44-year-old Basoz, are thought to come from the Kurdish-majority area in northern Iraq. They may have believed that entering Germany illegally was their only option as the Kurdish-controlled area of Iraq is relatively stable.


German federal police took them to a processing centre in Bavaria, where the case will now be dealt with by immigration authorities. However, they could face five years' imprisonment for forging documents and one year for an attempted illegal stay in Germany, local media says.