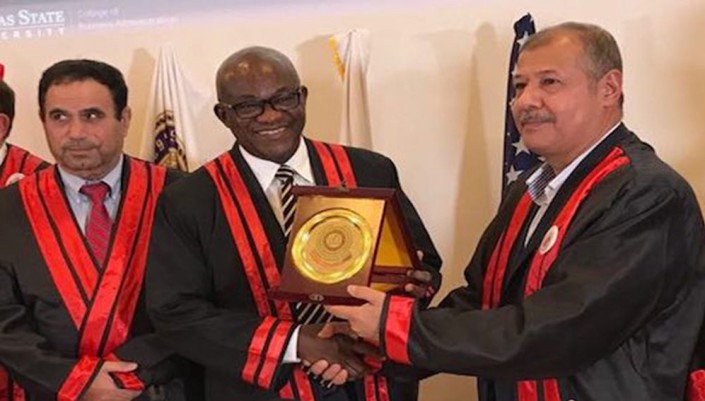 Shafaq News/ A major scandal that may shake Iraq affects the academic field.A press reports revealed the existence of a private academy in Denmark -which does not have sufficient scientific conditions- "sells" its certificates to Iraqis, including a large number of officials. These numbers have not yet been specified.. An issue whose explosion threatens the reputation of the political class in Iraq, and shows the extension of the system of corruption far beyond the borders of Iraq.
In a survey published by Medium, and written by Brian Whitaker, a former editor of the British newspaper, The Guardian for Middle East Affairs, and translated by Shafaq News agency, revealed the existence of the so-called "Aalborg Academy of Sciences", which claims to be a prestigious university in Denmark and grants false certificates as being issued by this European country to all those who pay for it -including various political figures from Iraq.

Similar topics
» High-caliber surprises emerge after the announcement of the Iraqi elections' preliminary results
» Soon .. Iraqi officials and "high-ranking" Iraqi figures within the US "black list"
» Jubouri: new appointments scandal caliber are passed on Abadi
» Haitham al - Jubouri is the last bank managers' appointments scandal "of the caliber
» The details .. A scandal of the caliber in Nineveh stricken for the acquisition of billions of "stability"