Nassif: Oil concluded a deal that caused a loss of more than 14 billion dinars

Nassif: Oil concluded a deal that caused a loss of more than 14 billion dinars 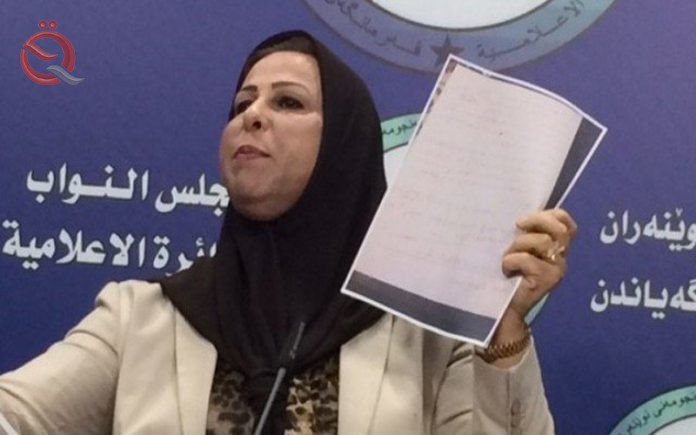 A member of the Parliamentary Integrity Committee, Alia Nassif, demanded, on Wednesday, to cancel a deal concluded by the Ministry of Oil, confirming that the contract was concluded in favor of one of the "great politicians", and contributed to heavy losses amounting to 14.5 billion dinars.

Nassif said in a statement received by Al-Iqtisad News, “At a time when Iraqi refineries are complaining about
not sending oil to them and losing 14 billion dinars per month, the Ministry of Oil has contracted with a company in
Karrada to refine 38,000 barrels of oil per day in Bazian Refinery in Sulaymaniyah Governorate, At a rate of
ten billion dinars a month, "asserting that" one of the brokers worked to pass the deal
in favor of a major politician. "

She added, “The North Oil Company has sent a letter to the Undersecretary for Liquidation Affairs that includes a table of production losses for the month of February 2019, as the lost revenues amounted to 14 billion and 547 million dinars, as a result of emergency stoppages due to the lack of withdrawal of products, which led to bottlenecks in tanks and access to Stopping production units, and all these losses and damages are caused by the greed of corruption whales.

Nassif explained by saying, “Whenever the financial crisis increases, corruption scandals start to leak out and appear in the public domain, and extend to include figures who have plundered the country's wealth over the past years, and the state today has reached a dangerous stage of the crisis to the point of not being able to distribute the salaries of employees on time, and the reason is corruption. Rampant for
years ”.

The deputy stressed, "the need to cancel the refining deal and all deals similar to it, and address the problem of Iraqi refineries that suffer great losses."

Similar topics
» Parliament is investigating with the Minister of Oil on contracts concluded by his ministry
» The discovery of cases of manipulation of state property in Diwaniyah caused the loss of more than 12 billion dinars
» Learn about Parliament's vision of institutionalizing and fighting corruption
» Souron: Iraq is the country of one million deposit and loss of 500 billion dinars
» Loss of seven billion dinars, and the disappearance of the Iraqi Islamic Bank director in Najaf