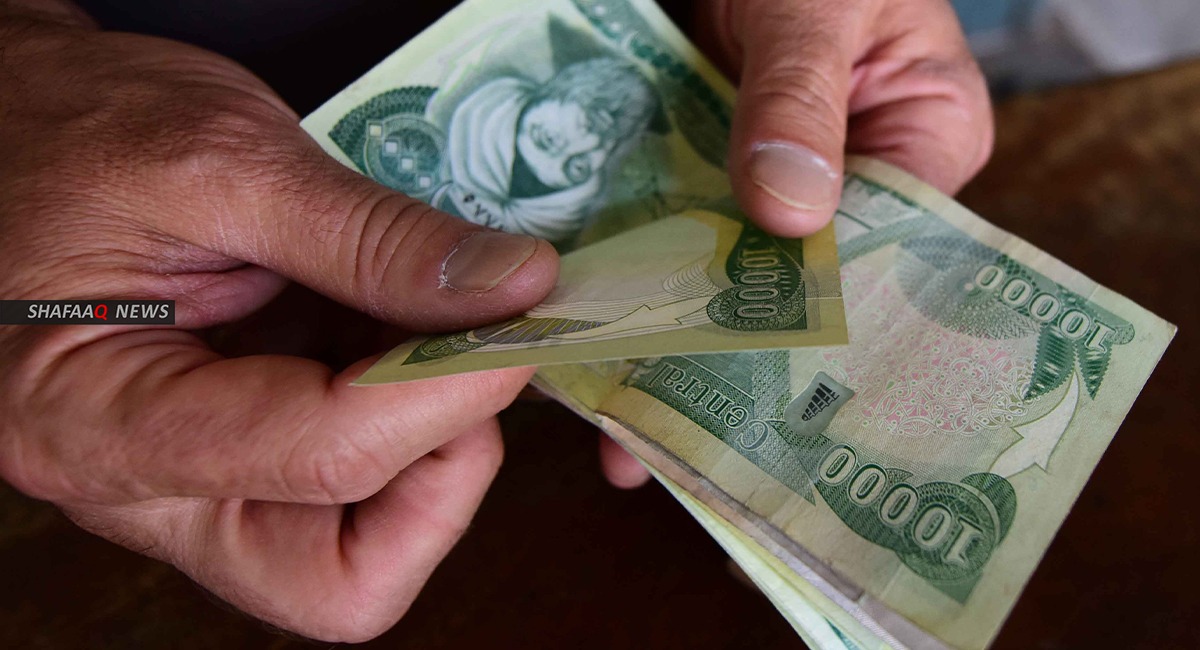 Shafaq News / The Financial Committee of the Iraqi Parliament proposed submitting the "white reform paper" to solve the "Crisis of Salaries in the Iraqi state".

Al-Saeedi explained, "it helps finding additional income for the budget and reducing the deficit. This will positively affect the provision of employees' salaries and secures them for the upcoming period".
Al-Saeedi stated, "the white reform paper is a futuristic vision for the Iraqi government, in cooperation with the Council of Representatives, to end the employee salaries crisis, as well as other financial and economic crises. This paper is not part of the solution but rather the entire solution".

"The parliament will follow up on the implementation of this paper as soon as it is approved. Our position will depend on how serious the government is in implementing the paragraphs of this paper", he continued.
The government of Iraqi Prime Minister Mustafa Al-Kadhimi is heavily criticized for its inability to secure sufficient funds to pay the salaries of state employees, which may expose it to tremendous pressure in the coming months. The government had not yet released the salaries of state employees for September, even after a week of October has passed already.

A statement by a member of the Economic and Investment Committee, MP Abd al-Salam al-Maliki, regarding the private banks file

[size=32]A statement by a member of the Economic and Investment Committee, MP Abd al-Salam al-Maliki, regarding the private banks file[/size]

A member of the Parliamentary Economic and Investment Committee, Representative Abd al-Salam al-Maliki, called on Tuesday 6/10/2020 the Anti-Corruption Committee formed by Prime Minister Mustafa al-Kazemi to open the file of private banks and disclose the nature of their work and the political or partisan parties behind them, as well as announcing the names of politicians Or the owners of the banks who plunder the wealth of Iraq in suspicious ways under different addresses.


Al-Maliki stressed that the banking business in Iraq is still stagnant compared to other countries of the world, and most of the private banks have turned to places to drain hard currency instead of preserving it or contribute to reconstruction and investment, not to mention the fact that some banks act as fronts for ISIS and were dealing with terrorist forces in transporting The money inside and outside Iraq, indicating that the financial crisis that the country is experiencing and the accompanying delay in disbursing the salaries of employees is linked in one way or another to the slowdown in the banking business, which is the jurisdiction of the Central Bank of Iraq.


Al-Maliki added: The Central Bank of Iraq has spoken on many occasions about procedures that will be followed to regulate the work of banks, but without any application on the ground until the moment, pointing out that most of the private banks have become a burden on the financial sector in Iraq and have turned due to chaos in them into a door of drainage Currency and corruption calling on the Anti-Corruption Commission to open the file of private banks in order to end the depletion of currency and to develop plans and enact laws that regulate the work of private banks, away from the partisan moods of the mafias of corruption.


And Abdul Salam Al-Maliki continued: “A parliamentary question has already been directed to the Central Bank regarding its procedures in dealing with the state of confusion with the work of private banks. Confusion and accountability for those involved in it.

Most users ever online was 2065 on Mon Apr 09, 2012 5:34 pm
Latest topics
» Kaperoni: "What fascinates me is the amount of people that own Iraqi dinar who have never taken the time to understand how monetary policy really works or to understand how banks operate, how currencies are priced" (Another 90 Day IMF Countdown? LOL)

» Turkish lira at new low with little reprieve in sight

» Oil expert: Iraq will enter one billion dollars annually if the price of oil increases by one dollar

» Whatever happened to Yosef?

» Kaperoni claims -- Iraq intentionally sold the dinar around the world so that it could eventually be held in central banks as a hard currency.