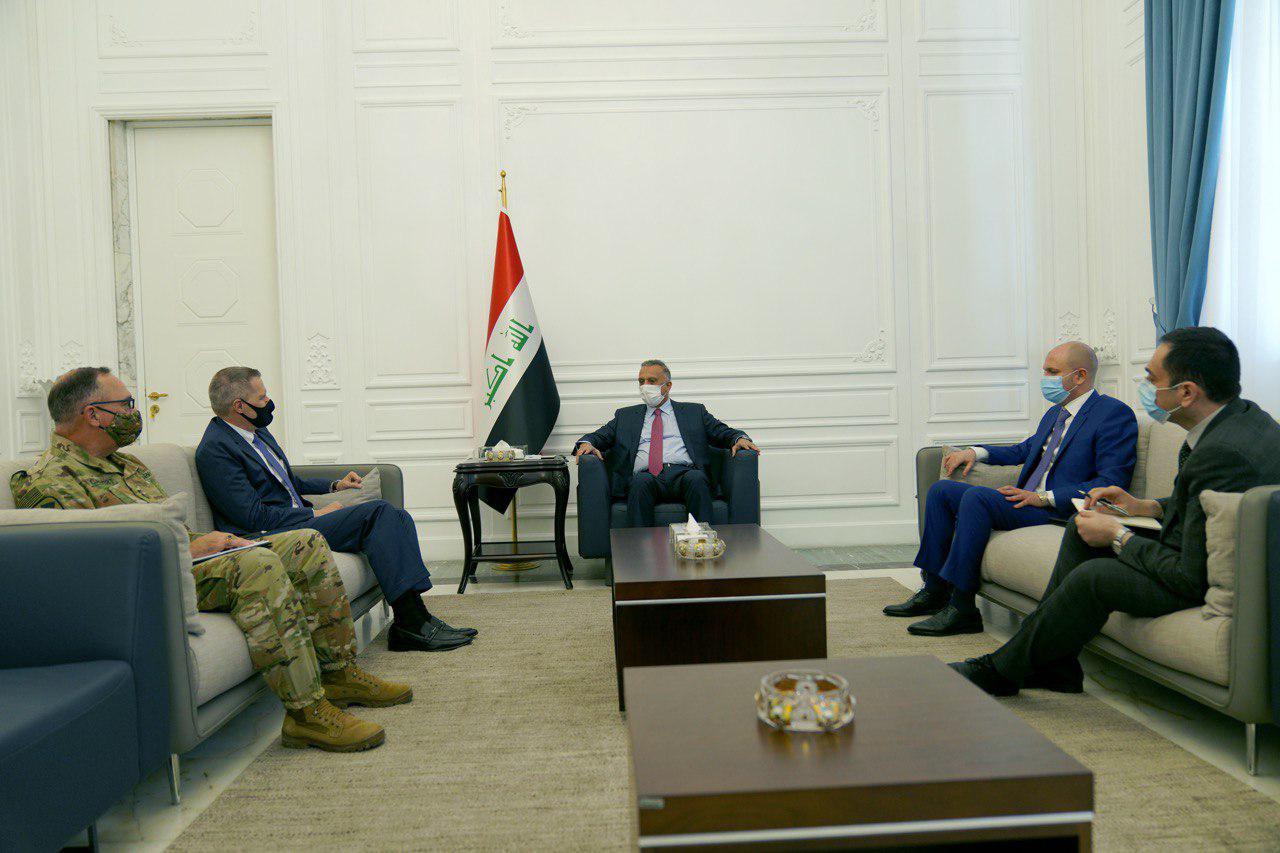 Shafaq News /Al-Kadhimi received  on Tuesday, the US ambassador to Iraq, Matthew Toller, and The commander of Combined Joint Task Force Lt.-Gen. Paul Calvert, hours after announcing a formation of committee to investigate the attacks targeting the US forces and international coalition in Iraq.
A statement issued by Al-Kadhimi's office stated that “Al-Kadhimi discussed with his visitors the relations between the United States and Iraq in the security field, particularly in fighting ISIS, as well as ways to implement the outcomes of the strategic dialogue between Iraq and the United States.” a statement issued by the PM office said.
Early October, Al-Kadhimi set up a committee to investigate the targeting of diplomatic missions and US-led Coalition in Iraq, which is consisting of the security services, and the Security and Defense Committee in the Parliament.
This committee is headed by Qassem Al-Araji, National Security Adviser, and the membership of Falih Al-Fayyadh, Chairman of the Popular Mobilization forces, Abdul-Ghani Al-Asadi, head of the Iraqi National Security Service, and Abdul Amir Rashid Yarallah, Chief of Staff of the Army, as well as other military commanders and representatives in the Parliament.
https://shafaq.com/en/Iraq-News/Iraqi-PM-meets-US-Ambassador

Page 1 of 1
Permissions in this forum:
You cannot reply to topics in this forum
Who is online?
In total there are 132 users online :: 3 Registered, 0 Hidden and 129 Guests :: 2 Bots

Yesterday at 9:41 am by RamblerNash