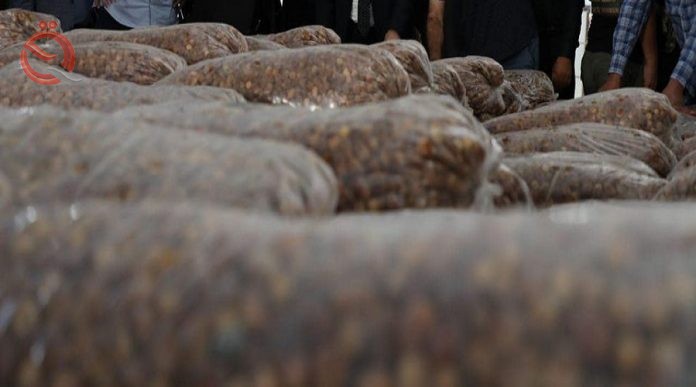 Al-Nayef added, "The total quantity exported to India, Bangladesh, the Maghreb, China, Egypt, Turkey and other countries has so far reached 700 thousand tons," indicating that “all the exported dates were subjected to fumigation and fumigation in order not to cause any harm to the Iraqi source, in addition to preserving the reputation of the Iraqi product. “.

Al-Nayef indicated that "the barley crop is also exported abroad, and the quantity of the exported crop has reached so far around 800 thousand tons."

Page 1 of 1
Permissions in this forum:
You cannot reply to topics in this forum
Who is online?
In total there are 134 users online :: 1 Registered, 0 Hidden and 133 Guests :: 2 Bots

»  "Fake banks participate in it" ... Economist: The currency auction must be stopped due to its corruption

» The Minister of Finance receives the British ambassador in Baghdad

» Upon receiving its ambassador in Baghdad ... the Minister of Planning announces the signing of an important agreement for joint cooperation with Japan, soon

» Cabinet decisions, including the third floor and the port of Faw

» Trade: The exhibition "Made in Iraq" will bring local products back to the forefront of the market

» "Fake banks participate in it" ... Economist: The currency auction must be stopped due to its corruption

Today at 9:59 am by RamblerNash

Yesterday at 3:10 pm by GirlBye

Yesterday at 2:19 pm by RamblerNash

Yesterday at 10:53 am by RamblerNash