The 'White Paper' on Economic Reform Promised by Al-Kazemi Completes

The 'White Paper' on Economic Reform Promised by Al-Kazemi Completes 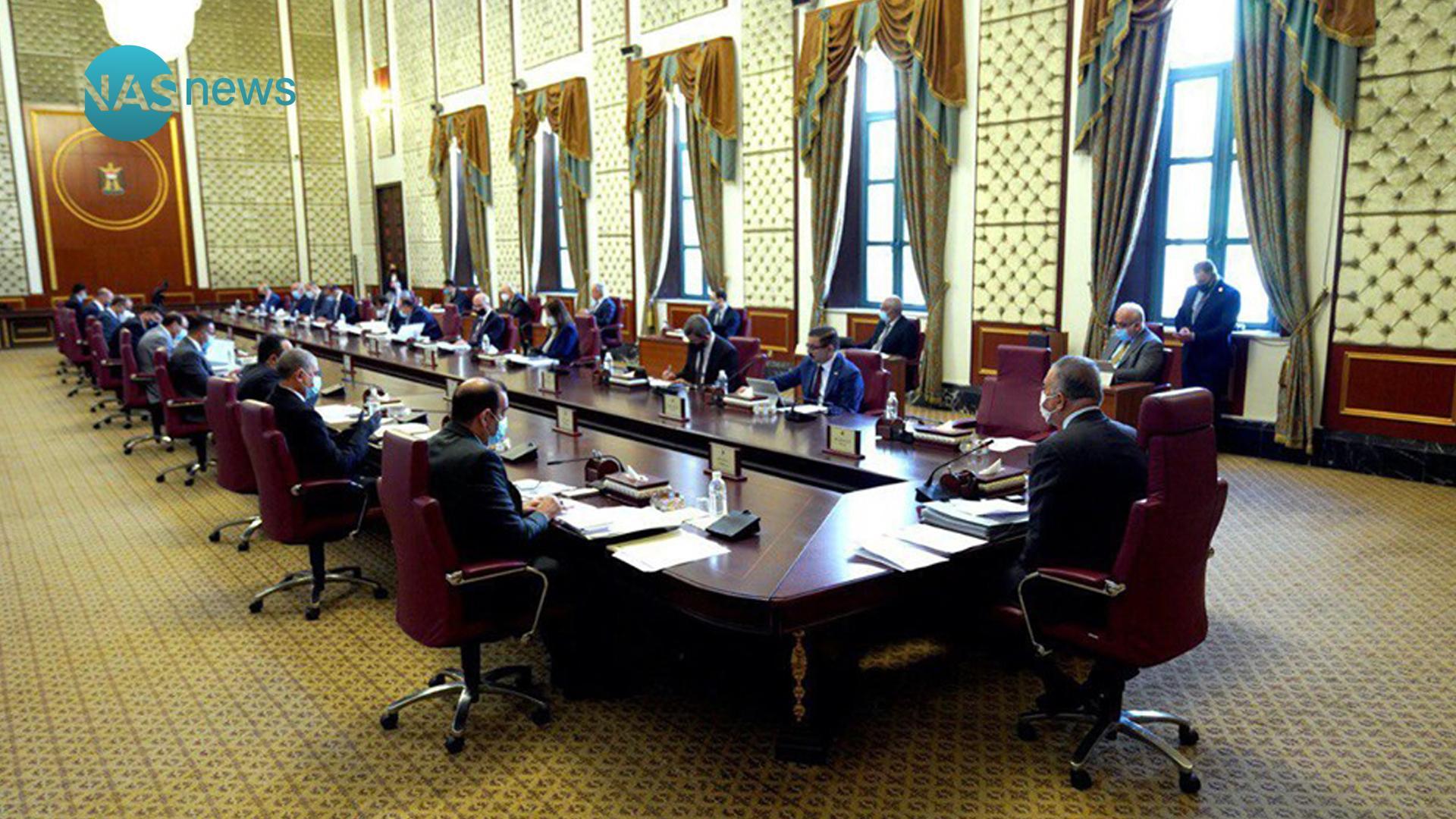 Baghdad - People
Today, Sunday, an informed source reported that the reform paper promised by the government of Prime Minister Mustafa Al-Kazemi, regarding the economic situation that Iraq is going through, has been completed.  The source said to "People" (October 4, 2020) that "the white paper consists of two parts, and includes reforms to the financial situation in the country and will be presented to Al-Kazemi during this week and after that to the House of Representatives."
He added that "the reforms included in the paper included radical solutions to gradually save the country and stabilize its financial and economic situation."    On Sunday, Finance Minister Ali Abdul Amir Allawi confirmed that Iraq will move from the traditional budget to the program budget within a year and a half, indicating that the tax rate will not be high, but the citizen will not accept it for not providing the necessary services.
Allawi said in a statement to the official agency, and "people" followed him (October 4, 2020), that "the budgets for the years 2021-2023 we have started working on them now, but they will not be the main ones, because the Ministry of Finance is currently unable to implement it in a complete way, but it may hinder it." For a year and a half so that we can move from the traditional budget-drawing method to the program budget. "
He added, "Tax revenues constitute a very small percentage of the state's resources, and it is not high if compared to any other country, because the tax structure is reasonable in Iraq."    He pointed out that "citizens will not respond to taxes, and they may have justification, because the state does not provide them with the necessary services, so the level of taxes must be linked to services and their quality."

He continued, "It is assumed that we get 8 trillion dinars from taxes, while we are currently getting less than one trillion, because there are large exemptions and exemptions."    He stated, "Iraq contains a kind of state seizure, as it is not necessary for this seizure to be by the parties, but it may be from all parties that have a stake and influence on the decision-making."

He stressed, "The need to subject the state to completely different professional controls and ways of working, and the solution must be a kind of separation between the legitimate and semi-legal requirements of political parties, according to the electoral results, because the balance is difficult, so that we have a completely independent government apparatus, which does not exist now." ".
Finance Minister Ali Abdul-Amir Allawi said that paying employees' salaries is a matter related to the House of Representatives voting on the borrowing law, stressing that this step will address the current deficit in the country. Allawi added in a statement to the official agency, followed by "People" on Sunday (October 4, 2020), that "the salaries of retirees for the current month have been launched without any problem, pointing out that the salaries and allowances of employees will be launched during the next few days or weeks."  He added, "The amounts will be available if the House of Representatives approves the borrowing law," stressing that "the borrowing law is very important because it meets the financial needs of the state and addresses the deficit in the budget."
The Parliamentary Finance Committee confirmed, earlier Friday, that the fiscal deficit is a temporary condition in Iraq, but the Minister of Finance has the powers to take immediate action.   The committee's reporter, Representative Ahmed Al-Saffar, said in a statement to the official channel, followed by "People" (October 2, 2020), that "the current deficit is a temporary and embarrassing deficit for the government and parliament, because there is a slight deficit to finance the salaries of the month of September, which the government is late in paying." Noting that "in the event of waiting for the submission of the draft budget or the submission of a new loan law, the issue will be delayed by more than a week, 10 days, or maybe more, and this will lead to a lot of embarrassment."

He added that "according to the public finance literature, the Iraqi constitution, and the Financial Administration Law, if there is a slight deficit, the Minister of Finance has the powers to take immediate action," indicating that "there are two types of debt; real fixed debt which results from a significant decrease in real revenues versus expenditures." The public deficit is a permanent and permanent deficit and it is called the fixed debt, but the current deficit in Iraq is a temporary deficit, and the debt is called a debt remaining in the public finances and it is possible to put up temporary treasury bills that express the existence of revenue but it is a delayed income. Future. "
He continued, "Iraq does not have a financial crisis because it has resources, but the state and the government cannot access them, so the current deficit in Iraq is a temporary deficit, and the debt is a debt and the deficit can be paid in the future." The great embarrassment for the government is for the finance minister to move to offer bills and immediate borrowing from Iraqi banks or the central bank to pay salaries. Then the move will take place a week later when Parliament begins its sessions and the normal situation in Baghdad returns after the forty-day visit.

Al-Saffar pointed out that "the draft budget was delayed sending it to the House of Representatives, and there was only one night remaining in the Office of the Speaker of Parliament, and it was withdrawn by the government until the Finance Committee did not see it, and I do not know the reasons behind the withdrawal of the project, and this embarrassment to the House of Representatives by the Ministry of Finance is absolutely unacceptable because The mistake and imbalance is the lack of monetary and financial policies in Iraq. All that exists is that they are waiting for debts and financing the operating budget. "

Al-Saffar stressed that "the parliament is ready to hold any emergency session in order to solve the current crisis. It is possible to borrow immediately and then remedy the situation after a while because it is not correct that the employee waits for days without a salary and this is his only source of income."

He pointed out that "there are two solutions; either submitting the draft budget as soon as possible until it is approved, or resorting to new borrowing if the government is able to obtain Parliament's approval because the issue of debt in Iraq has become in a very dangerous range and leads the Iraqi economy to the unknown."
https://www.nasnews.com/view.php?cat=41938#.X3o17Po9T0l.twitter

Re: The 'White Paper' on Economic Reform Promised by Al-Kazemi Completes

WHAT IS A PROGRAM BUDGET?

A program budget is a budget prepared specifically for a project or program. This type of budget includes expenses and revenues related to one specific project. No revenues or expenses of any other projects are mixed with this particular project.
A business has many different projects running at a single time. Therefore, it becomes very important to set the goals and objectives of each individual project, along with its budget. The program budget allocates resources to a project, which helps in monitoring the performance of the project and increases accountability. 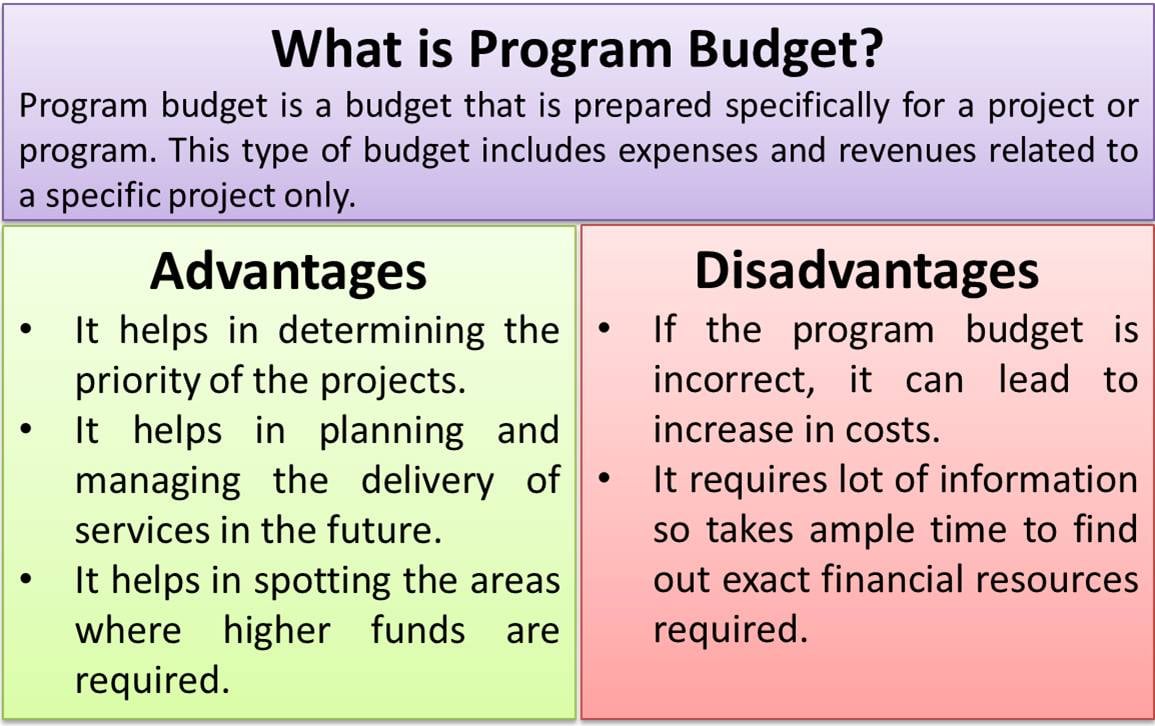 Similar topics
» Al-Kazemi: The reform white paper represents the beginning of an expanded economic reform
» Al-Kazemi: The white paper..a comprehensive economic reform approach
» Follow-up cell: The government may resort to borrowing and printing currency to provide salaries
» Countries and global institutions, including the G7, the EU, the @WorldBank and the IMF have pledged their support for the @IraqiGovt reform programme outlined in the White Paper for Economic Reform:
» The White Paper for Economic Reform: