Baghdad / NINA / The Parliamentary Economic and Investment Committee called on the government to open the auction file for selling the currency without any delay, to investigate the smuggling of money, which was confined to the file of the five banks, and to end this file after the death of former MP Ahmad Chalabi.


A member of the committee, MP Riad Al-Tamimi, affirmed that "controlling the currency auction and stopping fraudulent bills and tax and customs evasion resulting from those bills, and holding bank owners legal responsibility needs a decisive and swift stance from Prime Minister Mustafa Al-Kazemi," noting that "there are those who evade through Forged invoices from tax payment, customs, currency smuggling and money laundering corruption. "


He added, in a press release, that "this file requires the follow-up and accountability of all banks that were established after 2003 for the sources of funds, and searching for these fortunes that were looted through the window of currency sale at the expense of public money, bearing" the current government responsible for the continuation of currency smuggling if not Any measures are taken similar to previous governments.


He explained that “bringing those responsible for these actions to justice and holding them accountable for all the thefts and the systematic destruction of the Iraqi economy has become an urgent necessity at this time,” noting that “recovering the stolen money will help improve the confusing financial situation and restore confidence. The Iraqi street in the government and parliament. ”/ End 5 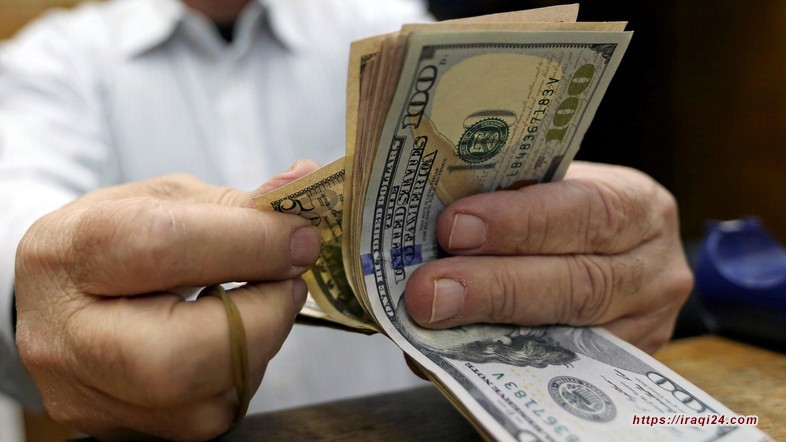 
A member of the Iraqi Council of Representatives revealed that the Investment and Economy Committee, Riad Al-Tamimi, had a dangerous file related to the currency auction.


Al-Tamimi said in a statement that "striking corruption in Iraq is a general national goal, which is no longer confined to a specific committee or entity, but rather a general Iraqi position, and a broad popular demand. Prime Minister Mustafa Al-Kazemi's view is dominated by one of the most dangerous financial files that include suspicions and plundering public money. ".


He explained that "controlling the currency auction, stopping fraudulent invoices and tax and customs evasion resulting from those bills, and bearing bank owners legal responsibility needs a decisive and quick position. There are those who evade, through fraudulent invoices, tax payment, customs, currency smuggling and money laundering of corruption and requires follow-up." And accountability to all the banks that were established after 2003 for the seizure of money and the search for these fortunes that were looted through the window of currency sale at the expense of public money. These private banks were established in smuggling and money laundering.


He indicated that "the matter also requires investigation of smuggling these funds through the so-called currency auction and holding them responsible for smuggling, which was confined to the file of the five banks and this file was terminated after the death of Chalabi, may God have mercy on him, and today we demand the government to open this file without any delay, and this government bears responsibility for the continuation Smuggling currency in cases where it did not take any measures similar to previous governments.


He continued, "We in the Parliamentary Investment and Economy Committee confirm and renew our position towards uncovering corruption files and cooperate with the Iraqi government and President Al-Kazemi to deter corruption."


He pointed out that "bringing those responsible for these acts that destroy the country to the judiciary and holding them accountable for all the thefts and the systematic destruction of the Iraqi economy is an urgent necessity at this time," noting that "recovering the stolen money will help improve the confusing financial situation in Iraq, and restore the Iraqi street's confidence in the government." And Parliament. "