To prevent the bankruptcy of Iraq .. Parliament awaits the government reforms paper

To prevent the bankruptcy of Iraq .. Parliament awaits the government reforms paper 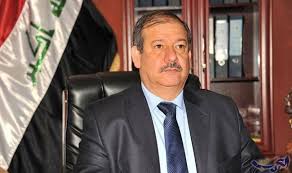 The head of the Bayariq al-Khair bloc, Muhammad al-Khalidi, said today, Sunday, that Iraq may be going to bankrupt financially, while indicating that the House of Representatives is awaiting the government reforms paper.

Al-Khalidi told Al-Ikhbariya, “Next year’s budget will inevitably include the appointment of health professionals, including colleges of science,” indicating that “Parliament will not vote on a budget that does not include the interests of the central appointments segments and whose contracts have been terminated and other groups.”

He added that "the reform paper that the government intends to send will arrive in the coming days," explaining that "this paper will include the government's vision for a comprehensive economic reform to prevent the bankruptcy of Iraq after the collapse of oil prices."

It is noteworthy that the government has had, in the past few months, to resort to internal and external borrowing to pay the salaries of employees and retirees, as well as to send huge sums to the Kurdistan region, which aroused the discontent of the political center, especially the Parliamentary Finance Committee, which stressed the need not to borrow again because the matter exposes Iraq to Full indebtedness and towards bankruptcy.