Parliamentary Finance: The Council of Ministers will vote tomorrow on the borrowing law and will send it to Parliament

Parliamentary Finance: The Council of Ministers will vote tomorrow on the borrowing law and will send it to Parliament 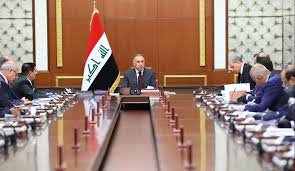 Baghdad / Al-Akhbariya:
Member of the Finance Committee, MP Naji Al-Saeedi, confirmed that the Council of Ministers will vote on the borrowing law in tomorrow's session, Tuesday, while the salaries of employees and retirees are likely to be released soon.

Al-Saeedi said in a televised statement followed by Al-Akhbariya, that "the state is not bankrupt and has multiple resources, including borrowing," stressing that "what is in the Iraqi treasury is 3.5 billion dollars, which is not sufficient to pay the salaries of employees."

He added, "Iraq needs 5.5 trillion dinars per month to pay salaries," pointing out that the government withdrew the 2020 budget bill from parliament before the members of the Finance Committee read it.

He pointed out that "the salaries of retirees will be spent soon, after converting 1.1 trillion dinars to be funded Noting that an extraordinary session of Parliament should be held for the purpose of approving the borrowing law in order to secure employee salaries.

He explained that the Council of Ministers will vote on the borrowing law at its session tomorrow, Tuesday, and then send it to the House of Representatives, stressing that the financial crisis will not be solved without the existence of real economic reform.

Regarding the work of banks, Al-Saeedi said, "Iraqi banks do not apply banking safety standards," indicating that "35 trillion dinars are available to citizens, so they can be encouraged to deposit them in banks."

The Iraqi Ministry of Finance would like to assure the honorable citizens that it works diligently to ensure that all government obligations are fulfilled at their specified times, and on top of those obligations are the salaries of state employees, retirees and social welfare.

It is no secret that the Iraqi public opinion is that the ministry is making these efforts under exceptional circumstances and a financial crisis beyond the control of the government, represented by the sharp decline in oil imports, the Corona pandemic and its domestic and international effects, in a manner that exacerbated the lack of liquidity available to the state, especially with the unplanned expansion in Staff numbers during the past year.

To address this lack of financial liquidity, the Iraqi government sought to obtain parliamentary legislation that would enable it to borrow internally and externally, and the funds available through internal borrowing amounting to around 15 trillion Iraqi dinars were used until the end of last month to finance salaries and meet other basic expenses, especially those related to health. And security, while the use of international loans was limited to financing development projects.
The Ministry of Finance is currently preparing a detailed road map for financing basic expenditures for the remaining three months of the current year, which we will soon present to the distinguished parliament. This plan will include increasing the ministry's ability to borrow internally. Once approved, it will enable us to start securing government salaries in full.

The Ministry is also preparing for the draft budget for 2021 in a manner that addresses the accumulated financial and economic challenges that burden the country. The conditions the country is currently going through stress the urgent need for political and societal forces to come together, and to work together responsibly to achieve security and stability, and to move Iraq towards what its patient people deserve in terms of prosperity and development.


Media Office of the Minister of Finance