Iraq confirms its openness to the agricultural developed world

Iraq confirms its openness to the agricultural developed world 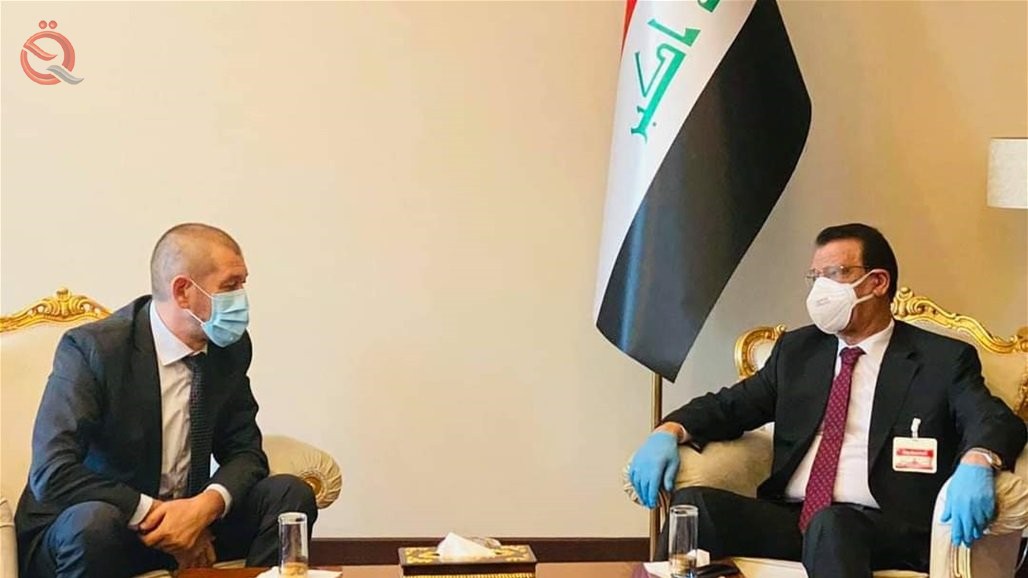 Part of the meeting of the Minister of Agriculture, Muhammad Al-Khafaji, with the Croatian Ambassador in Baghdad, Ivan Jurch

On Saturday, Minister of Agriculture Muhammad Karim Al-Khafaji, during his meeting with the Croatian Ambassador in Baghdad Ivan Jurch, stressed the Ministry of Agriculture's openness to the agricultural developed world.

"The Minister of Agriculture, Muhammad Karim Al-Khafaji, met with the Croatian ambassador in Baghdad, Ivan Jurch, and discussed the development of bilateral relations with regard to the agricultural fields, in both their plant and animal parts," the ministry said in a statement seen by Al-Iqtisad News.

According to the statement, Al-Khafaji stressed, "the depth of the bilateral relations that bind the two friendly countries, especially in the fields of livestock and commodity exchange for agricultural products for the benefit of both sides." Agricultural. "

Al-Khafaji agreed to consider, "by bilateral agreements concluded in cooperation with the Veterinary Department and according to health controls and certificates for importing red meat and live animals such as calves, after a presentation made by Yurch to activate previous memoranda of understanding between the two friendly countries and to improve the level of agricultural work and scientific research aimed at improving production methods and breeding And livestock development. "

Similar topics
» The Foreign Minister confirms the openness of Iraq to all countries of the world, especially neighboring countries
» Tomorrow, Italian PM to visit Baghdad
» World Bank - Iraq and Iran the least developed in the Middle east in 2015
» The Minister of Agriculture discusses with the representative of the World Bank in Iraq the mechanism for implementing support for the agricultural sector
» Jubouri confirms the European counterpart to the need for Iraq to the solidarity of the world and from the reinforcement