A new US exemption for Baghdad to import energy from Tehran

A new US exemption for Baghdad to import energy from Tehran 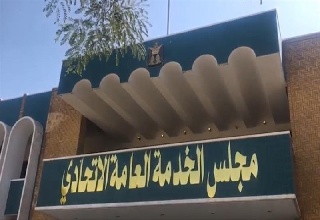 Agence France-Presse quoted an Iraqi official as saying that the United States extended for an additional two months the exemption granted to Iraq from sanctions imposed on Iran in the energy field, which would allow Baghdad to continue importing gas and electricity from Iran.

Although Iraq is an oil country, it relies heavily on Iran in the field of energy, as it imports a third of its consumption needs of gas and electricity due to its aging infrastructure that makes it unable to achieve energy self-sufficiency to secure the needs of its 40 million people.

Since the United States re-imposed sanctions on Iran at the end of 2018, the US administration has been granting Iraq one exemption after another, pending finding other suppliers.

When the government of Iraqi Prime Minister Mustafa Al-Kazemi came to power in May, the United States granted Baghdad an extension of the exemption for a period of four months at once.

The move was considered at the time as strong American support for a government seen as more pro-American than its predecessor.

Al-Kazemi, who visited Washington last August, signed memoranda of understanding with a number of US energy companies. But his government is facing the worst economic crisis in modern Iraqi history.

Iraq has been severely affected by the drop in oil prices, and the damage has exacerbated the outbreak of the Corona epidemic, which has reached more than 330,000 infected people in this country, of whom more than 8,700 died, according to official figures.

Similar topics
» Tehran: Baghdad's decision to prevent the import of 29 agricultural products does not apply to Kurdistan customs
» The Iranian Minister of Energy announces the activation of a "committee" between Tehran and Baghdad that has been suspended for 6 years
» Washington extends Iraq's exemption to import electricity and gas from Iran for three more months
» Reuters: America plans to withdraw all its troops from Syria
»  Ministry of Oil: Any measure to increase oil production will not be monolithic