A new strategy to provide the ration card items

A new strategy to provide the ration card items 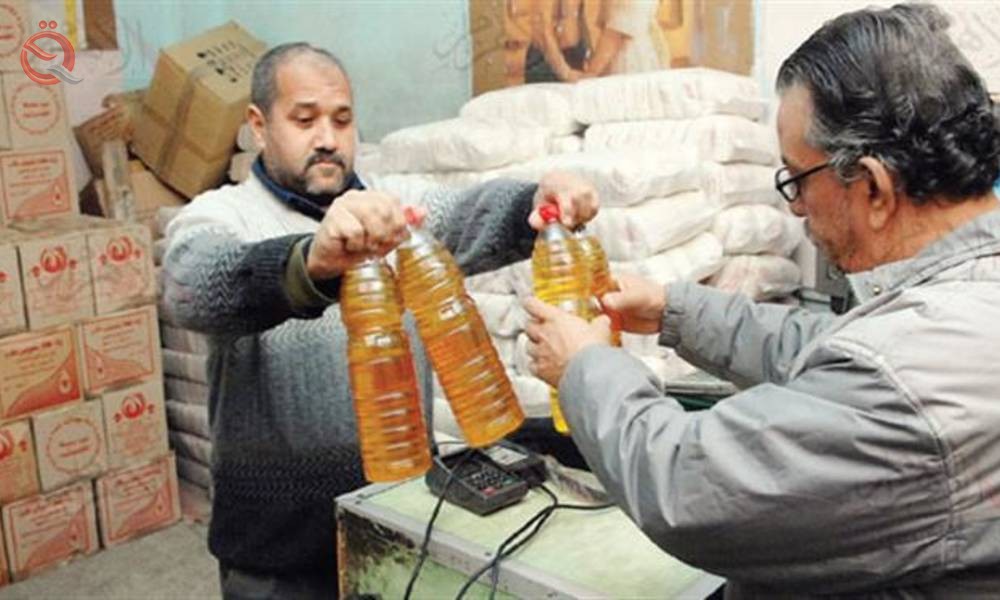 The Ministry of Trade revealed, on Wednesday, a new strategy that enables it to provide the basic ration card items for the beneficiaries, confirming the disbursement of three meals of farmers ’dues, the sums of which have reached nearly one trillion dinars.

The official spokesperson for the Ministry of Commerce, Muhammad Hanoun, said in an interview with Al-Sabah newspaper, which was seen by Al-Eqtisad News, that “the challenges of the Corona pandemic and the economic financial crisis have put the ministry in front of a major challenge, which called for a new strategic study, which will be presented through a ministerial committee to the government.

Hanoun added, "The ministerial committee reached three axes; The first would be in the event that the Ministry receives a full payment of the funds allocated to it within the budget, which amounts to one billion and 500 million dollars, and thus the ration card will be equipped with the basic items for all covered by the ration card, which includes (oil, sugar, rice, flour) ”, indicating that“ If the amount is granted from the beginning of the year, the ministry can agree with local or foreign establishments to provide foodstuffs.

He pointed out that “the second axis of the study includes that the vocabulary of the ration card should be directed to a specific group of beneficiaries, namely (those with limited income, social care, and families below the poverty line), and this works to reduce the number of those covered by the card,“ the third axis is During the purchase of primary foodstuffs with a term loan, by signing contracts for the purchase of materials, and the Ministry of Finance pays these amounts to the term suppliers, and thus the strategy, after its approval, achieves the stability of the ration card system.

And Hanoun said, “The ministry went to the process of purchasing materials (rice, sugar, and oil) due to the urgent need for these materials to be processed during the coming months, as sugar material was supplied and 80 thousand tons were secured and arrived at Baghdad and governorates warehouses and will be processed to the agents,” indicating that he "There is no problem in distributing flour, as seven meals have been distributed, and the eighth will be distributed in all governorates."