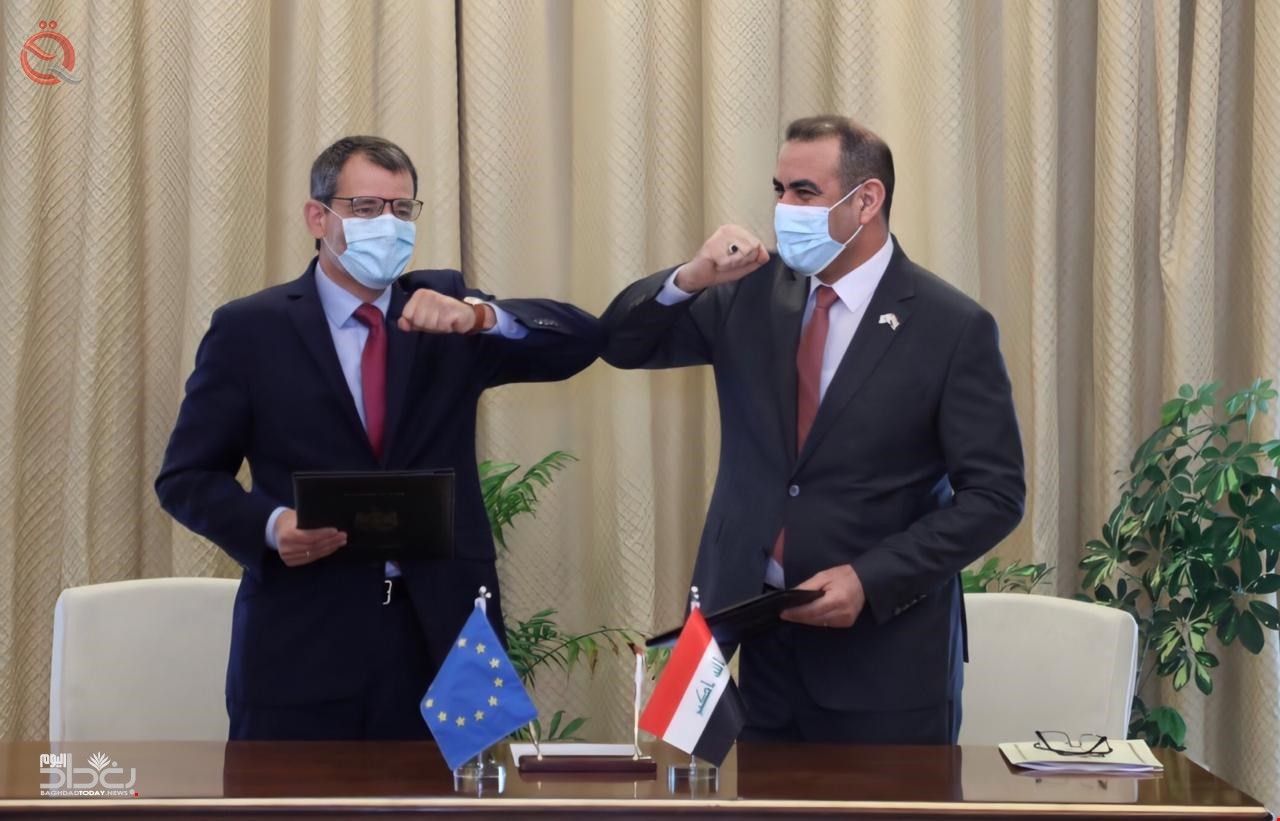 Iraq and the European Union signed, today, Sunday, a new agreement and the extension of two other agreements, within the framework of joint cooperation between the two parties.

And the three agreements were signed on the Iraqi side by the Minister of Planning, Khaled Battal Al-Najm, while on the European Union's behalf, Martin Hoth signed them.

"The new agreement includes providing financial support to Iraq, to ​​confront the Covid-19 pandemic, support socio-economic recovery, and build the state, by creating jobs, improving income, and consolidating human rights," the Minister of Planning said in a statement. And returning the displaced to their areas.

The minister added, “We also agreed with the European Union to extend the energy agreement that includes work to modernize the energy sector, in cooperation with the World Bank, with the aim of carrying out reforms in the electricity and gas sectors, indicating that the second agreement in which it was agreed to extend the work was In the field of supporting the economy and creating job opportunities, through the European Union’s contribution through UNESCO, to the implementation of the project to revive the old city of Mosul. The agreement also includes improving the livelihoods of youth in Basra Governorate, through the implementation of a range of important projects.

For his part, the Ambassador of the European Union, Martin Hawth, expressed his happiness at the signing of the agreements, indicating that "Iraq is one of the priority countries within the global response plan implemented by the Union in cooperation with the World Health Organization, for the period from 2019-2023," noting that "the Union contributes Also in the development of the agricultural sector in the Nineveh Plains region, and facilitating the return of displaced persons, pointing out that the number of projects that the European Union is implementing to support development in Iraq amounted to (69) projects during the period from 2016 to 2024.