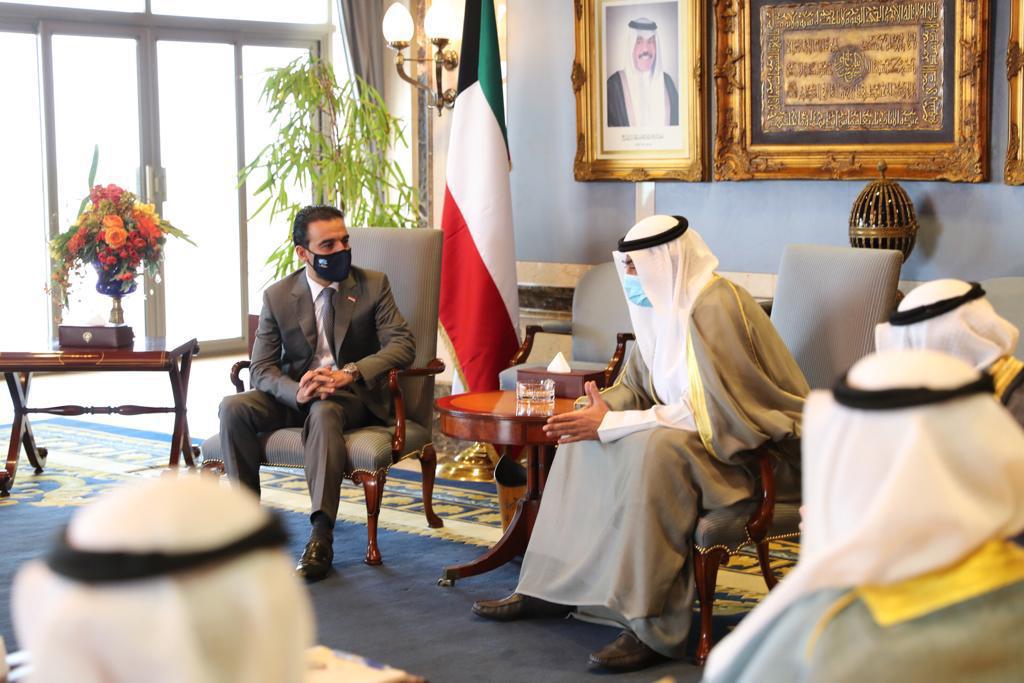 Shafaq News / On Thursday, the Speaker of the Iraqi Parliament, Muhammad Al-Halbousi asked the Kuwaiti government to postpone the payment of debts owed by Iraq as a result of the 1990 invasion.
This came during his meeting with Kuwaiti Prime Minister Sabah Khaled Al-Hamad Al-Sabah, according to a statement issued by the Iraqi Parliament.
The statement said that the meeting "discussed bilateral relations between the two countries, enhancing the cooperation in all fields according to mutual interests, as well as discussing the latest regional and international developments, and the importance of joint coordination to face the challenges that the region is going through, under difficult circumstances."
The meeting also discussed "the importance of coordination to create an effective practical mechanism in order to follow up on the outcomes of International Conference for Reconstruction of Iraq held in Kuwait in 2018."
The two sides also addressed, "the file of the remaining payments from the debts owed by the Iraqi government to Kuwait, and the possibility of postponing their payment due to the financial crisis and the economic situation that the world is going through, including Iraq."
The Kuwaiti Prime Minister promised that he would continue his efforts in this regard, and that it would be among their priorities, referring to the recommendations of the Emir of the country to support Iraq in all areas.
It’s noteworthy that the total paid by Iraq to Kuwait, due to the 1990 invasion by Saddam Hussein is about $ 49 billion.
And Iraq is required to deposit 5 percent of the proceeds generated by the export sales of Iraqi petroleum and petroleum products in the United Nations Compensation Fund to pay compensation to successful claimants from the invasion.
In 1991, an international compensation commission was formed, which obligated Baghdad to pay $ 52.4 billion in compensation to individuals, companies, governmental organizations and others, who suffered direct losses resulting from the invasion and occupation of Kuwait.