This will be my only post of the day, I told myself that the members of the forum should see the changes of the government !!

Have a lovely day everybody !!!

1 - Mustafa Ghaleb Makhaif Al-Kitab, governor of the Central Bank of Iraq, instead of Ali Ismail Al-Alaq, who ran the position as an agency.

6- Faleh Younis Hassan, an agent of the National Security Agency.

8- Sami Al-Masoudi, head of the Hajj and Umrah Commission. 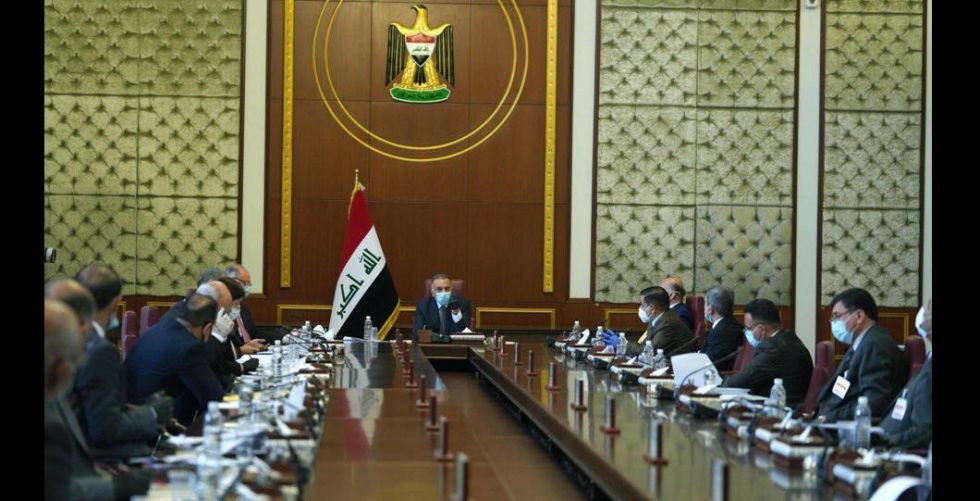 The changes made by Prime Minister Mustafa Al-Kazemi in higher positions and special ranks constituted one of the priorities of the current government, and they are in response to the aspiration of the popular movement and citizens in general who are demanding change and reform of state institutions.

The new changes that Al-Kazemi made on Monday included the appointment of 9 figures Important sites that have always had a direct impact on public life in the country. They start with the Baghdad Municipality and the Central Bank and end with the Integrity Commission.

Hours after the issuance of the list of appointments to important positions, members of the House of Representatives welcomed them, with emphasis on legal points related to these changes, and the deputy of the coalition of "Iraqis" Ali Al-Badiri believed that all the changes that Al-Kazemi made in the positions related to the independent bodies fall within what he pledged In front of the people and their representatives in the House of Representatives that he “will bear the full responsibility to go the country to a safe shore.”

He preceded the political forces - during the formation of the government - to give the green light to the Prime Minister and the full space to choose whom he deems appropriate to confront the government cabinet, to be responsible for it before the people Iraqi and his representatives in the House of Representatives in case of success or failure.

Al-Badiri added, "The names he announced, regardless of whether some of them are acceptable or not, are the first and last choice for the prime minister, and we have previously confirmed that we will remain supportive of the Al-Kazemi government as long as it is consistent with the demands of the masses and the reference calls for reform, change and fighting corruption."

Weights other changes that will extend to senior positions and special ranks that will be witnessed in the next few days, as part of Al-Kazemi's policy of pumping new and successful blood into state institutions. Member of Parliament Azad Hamid said in an interview with Al-Sabah:

“Those changes that have taken place in many positions and independent bodies are good. Especially since there are names known for their success during their several positions during the previous phase.This campaign of changes came after the many demands by the street and some officials that managers and presidents who have been in office for years should be replaced, in order to be replaced by others who could devise successful strategies in line with Prime Minister Mustafa Al-Kazemi's vision of building the state.

The Parliamentary Legal Committee, for its part, had an opinion on the changes made by Al-Kazimi, as the deputy head of the committee, Muhammad Al-Ghazi, says: “The appointments announced (Monday) are considered within the powers of the Prime Minister to make changes to government positions, but they need Parliament's approval. ».

Al-Ghazi pointed out that "Al-Kazemi's appointment to senior positions will be temporary under the agency system, until the names that will be officially appointed are reached." Earlier on Monday, the Prime Minister, Mustafa Al-Kazemi, made changes to senior positions, and a government source told the Iraqi News Agency (INA) that “the changes that Al-Kazemi made in a number of positions included the following:

Similar topics
» Documents .. Abdul-Mahdi is making comprehensive changes in the inspectors of ministries and independent bodies
» Abdul-Mahdi: I will lift the parliament request for my resignation
» Al-Kazemi nominates his advisor for the post of governor of the Central Bank and a deputy, reveals: a suspicious figure
» Urgent Cabinet allocates 10 billion dinars to 2 ministries to buy chlorine & alum
» Deputy: State ministries have become the source of problems and not the solutions