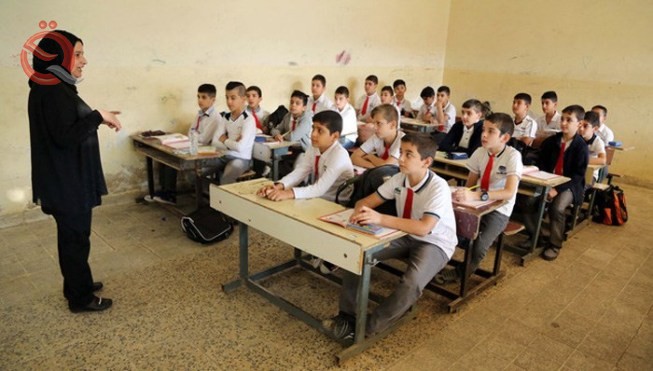 Al-Karkh Second Directorate confirmed, on Thursday, the existence of at least three thousand surplus job degrees resulting from the new retirement law.
The Director General of Al-Karkh Second Education, Qais Al-Kalabi, said, "The number of job grades has not been definitively limited, because they need arrangements with the Ministry of Finance, but as an approximate number, no less than three thousand surplus job degrees," according to the official news agency, Conscious.
And he indicated that "about 40 thousand job degrees for all directorates of the Ministry of Education at the level of Iraq resulted from the new retirement law."
He called on the General Secretariat of the Council of Ministers and Baghdad Governorate, to "appoint the lecturers who have served the educational process free of charge for years."