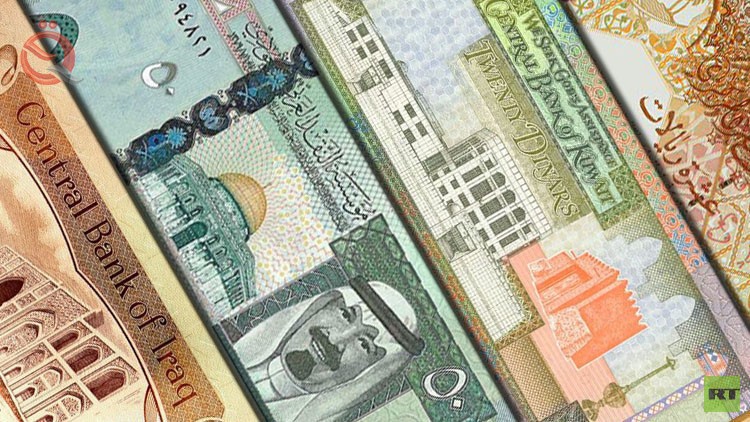 The Arab Monetary Fund issued the third edition of the Financial Stability Report in the Arab Countries, which was prepared in cooperation and coordination between the Arab Monetary Fund and the Financial Stability Working Group in the Arab Countries, emanating from the Board of Governors of Central Banks and Arab Monetary Institutions.
The report, which was issued in ten chapters, dealt with several economic and financial aspects of interest to Arab countries in their endeavors to enhance financial stability. The first chapter dealt with regional and international economic developments and their implications for Arab financial stability and the challenges facing the economies of Arab countries.
As for the second chapter, it dealt with developments in the legislative and institutional frameworks for financial stability and strengthening the infrastructure of the financial sector in the Arab countries, explaining the efforts of central banks and Arab monetary institutions aimed at developing institutional and legislative frameworks to enhance financial stability.
The third chapter dealt with developments in the performance of the Arab banking sector and potential risks, as the report showed the most prominent financial indicators related to the Arab banking sector, whose assets amount to about $ 3.6 trillion, representing 139 percent of the gross domestic product of all Arab countries, as well as the arrival of the capital adequacy rate. For the Arab banking sector to a rate of 17.4 percent at the end of 2019, which is higher than that targeted internationally according to the Basel standard of 10.5 percent.
As for the fourth chapter, it dealt with developments in the non-banking financial sector in the Arab countries and the potential risks for each of the insurance sectors, financial markets, microfinance institutions, crowdfunding companies, and other financing companies, in addition to the exchange companies sector. The chapter concluded that the non-banking financial sector in the Arab countries, despite its small size compared to the banking sector, is solid and stable.
Chapter Five presented an analysis of the risks of non-financial companies that consist of industrial, service, and real estate companies. The analysis showed that the non-financial corporate sector maintained its financial position.
With regard to the sixth chapter, it presented an analysis of the results of stress tests in the Arab banking sector, as these tests are considered important tools to measure the ability of the Arab banking system for any country to withstand shocks, as the Financial Stability Working Group conducted partial and total sensitivity tests (at the state level) On a sample of banks representing about 80 percent of the total assets of the banking sector, where the assumptions were formulated in light of the economic developments associated with the Coronavirus, which may result in an increase in sovereign credit risk as well as credit concentration risks, exchange rate risks, return rates, and liquidity.
In light of the results of these tests, the chapter showed that the Arab banking sector is solid, as it achieved positive results in most types of tests in most Arab countries.
As for the seventh chapter, it presented an analytical view on the banking crisis management system and the role of deposit insurance institutions in the Arab countries, and the experiences of countries - according to the report - reflected the existence of a clear interest in the crisis management system in central banks, including the interest in having a deposit guarantee system in accordance with best practices. .
The eighth chapter reviewed the topic of cybersecurity and electronic threats and their effects on financial stability, and the regulatory and supervisory steps taken by many central banks and supervisory authorities, aimed at avoiding the impact of cyber risks on the banking and financial sector and stimulating financial institutions to enhance their capabilities to face these risks.
The ninth chapter dealt with the Arab Financial Stability Index as an annual indicator, in light of the importance of having a quantitative indicator that measures the level of financial stability objectively and acts as a tool for guidance and early warning, and the value of the Arab Financial Stability Index at the end of 2019 was about 56.4 percent, compared to 54.8 percent at the end of 2018.
The tenth chapter deals with the implications of the Corona virus on the elements of financial stability, as many central banks and Arab monetary institutions have taken incentive and preventive measures to preserve, on the one hand, the durability and continuity of the financial sector in accordance with the rules of sound financial and banking work, and on the other hand to preserve the sustainability of the business sector Especially the micro, small and medium enterprises and protecting individuals from default.

Similar topics
» Union of Arab Banks: $ 2.2 trillion of deposits in the Arab banking sector
» The Central Bank: The assets of the banking sector grew by 21% in two years
» THE ARAB MONETARY FUND ISSUES A STUDY ON "DETERMINANTS OF OPERATIONAL EFFICIENCY IN THE ARAB BANKING SECTOR"
» International Monetary Fund: We are ready to support Iraq
» CHAIRMAN OF THE BOARD OF DIRECTORS OF THE ARAB MONETARY FUND, SPEAKS AT THE OPENING OF THE MEETING OF THE 44 SESSION OF THE BOARD OF GOVERNORS OF CENTRAL BANKS AND ARAB MONETARY INSTITUTIONS