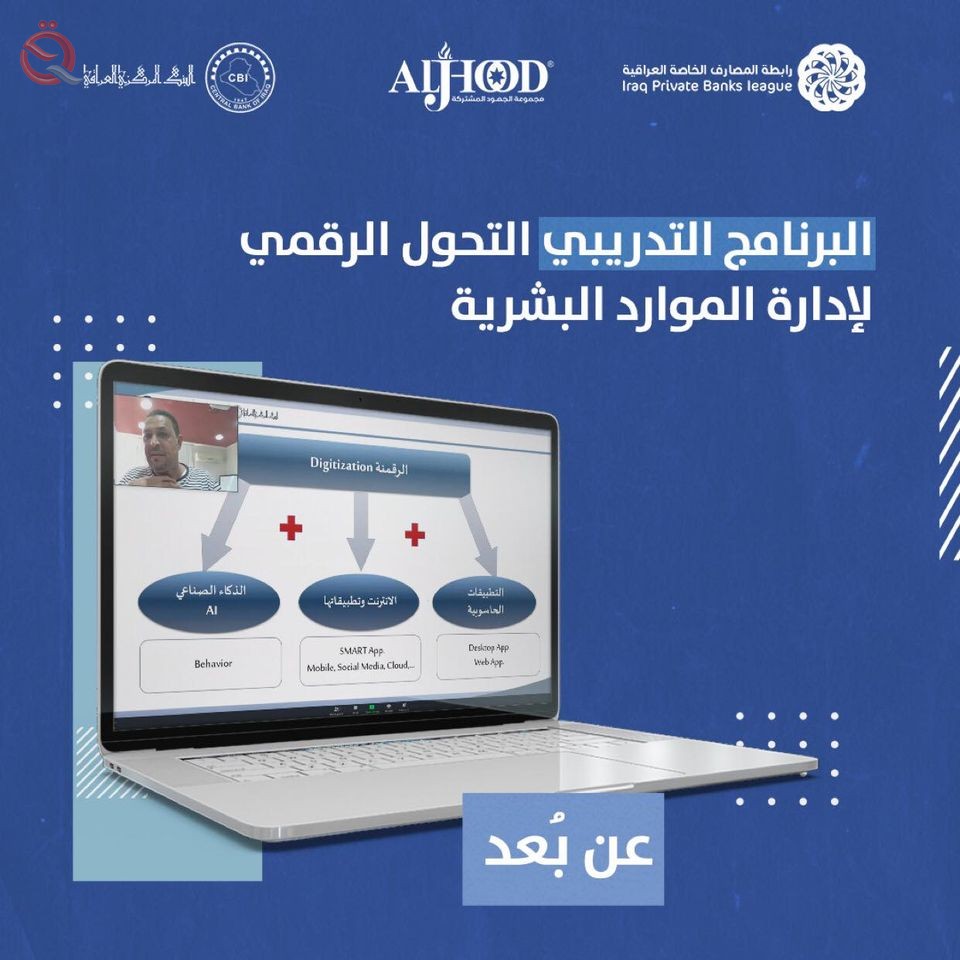 The Iraqi Private Banks Association held a remote workshop entitled "Digital Transformation of Human Resources", in cooperation with the Center for Banking Studies at the Central Bank of Iraq and the Joint Efforts Group, with the participation of a number of workers in the banking sector.
The workshop aims to familiarize participants with the latest systems used in the digital transformation of human resources by international banking institutions and the use of the latest digital programs. 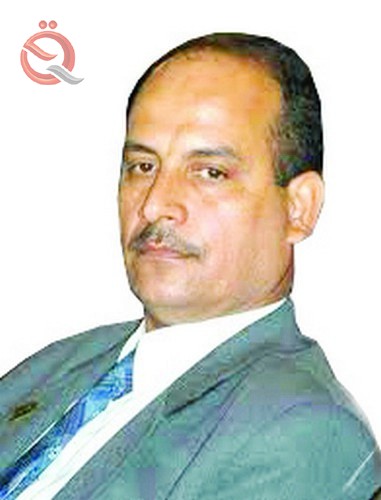 Despite the conceptual interlocking between the terms digital economy and the Internet economy, specialists in information technology sciences see the first more advanced and complex than the second, which is the economic value of using the Internet only, by reducing the sagging rings in performance and stimulating exchanges and exchanges, and reducing opportunities Corrupt practices, which means that this Internet economy is based on the outputs of digitization only.
While the concept of the digital economy implies a business space based on a huge digital structure, as it is not sufficient to use the information network to perform the tasks that are traditionally performed by workers in the public or private sector.
Rather, digital transformations are a reason for the birth of a digital society in an urgent need to use technologies for the purpose of implementing The tasks are done better and with high quality in a short period of time, then the output will be completely different from before.
This requires, in addition to the digital infrastructure, which is one of its most prominent features is access to a high-speed Internet service at a cost commensurate with the rate of per capita income, raising the level of skills of individuals and expanding the scope of the digital system for entrepreneurship, as well as the importance of having economic and scientific institutions concerned with digital treatments and development, and otherwise The conversation is limited to an economy based on the Internet only.
Many countries have managed to catch up with the developed world and out of the economic recession by adopting a sober strategy towards digital transformation with ease, after it has been proven that digital power is the main driver of economic growth at this stage in history.
In this context, there are global experiences under this approach, and they were able to break the traditional bottleneck in dealing with the circles of economic sectors, depending on the scientific approach that establishes the business environment for entering the digital economy space.
From here it can be said that highlighting the importance of digital transformation in the country has become an urgent need, in view of the tremendous jumps that the world is witnessing in this regard, and to get out of the state of economic confusion resulting from adherence to traditional tools in the process.
As long as we are here in the context of establishing an electronic environment aimed at reaching a knowledge environment that establishes governance applications, including e-government applications and the pursuit of working with the fourth generation network, this establishment can be employed in the context of a national will based on a scientific approach and a solid strategy, to form the starting point for a digital economy In which the scientific institutions are integrated with the public sector and the private sector on the basis of a true partnership, in which human energies and financial resources are employed in a manner in which the state is the one who is based on this strategy and the official sponsor of it, while leaving the private sector the freedom to invest in light of banking and tax facilities within the framework of obligating work method controls And employ specializations in information technology sciences exclusively. And exit from the method of work based on the reactions of the need to contract with companies to perform specific services only.